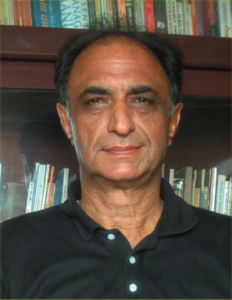 All Dr. Wadhawan’s articles can be accessed from here.

Dr. Vinod Kumar Wadhawan retired as Head of the Laser Materials Division of the Centre for Advanced Technology, Indore, and is currently a Raja Ramanna Fellow at the Bhabha Atomic Research Centre, Mumbai. He is also an Associate Editor of the journal PHASE TRANSITIONS, published by Taylor & Francis, U.K. He has written two books, one on ferroic materials, and the other on smart structures. His current interest is in complexity, on which he is writing a book. He believes that consciousness is probably the ultimate manifestation of the evolution of complexity in the cosmos.

Dr. Wadhawan has been a strong supporter of our mission here at Nirmukta. The scientific expertise and knowledge that he brings to our team is very much needed in groups such as ours that make it their work to promote scientific thinking in the public sphere. As irrational thinking and supernaturalistic beliefs become widespread, more and more scientists must come out and be vocal about their opposition. When scientists come out of their labs where their valuable time is spent in pursuit of the most worthy goals, and make the effort to reach out and communicate with the general public, the beneficiaries are the community and science itself. It takes someone who has dedicated their entire lives to understanding the natural universe a great deal of selflessness and concern to do what Dr. Wadhawan has in stepping forward and standing up to religion and superstition in India.

The Complexity Explained series was written and published by Dr. Wadhawan between 08/18/2009 and 04/04/2010, and has been met with much excitement by both the scientific community as well as the freethought community. Dr. Wadhawan has also published two long articles (1,2) on the situation with science, scientists and belief in god in India. Dr. Wadhawan’s article debunking biocentrism, coauthored with Ajita Kamal, has become a heavily cited article online. 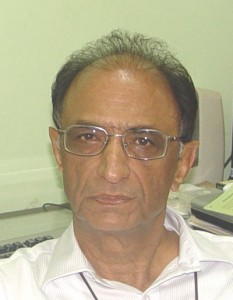 Science is rational. Science is fun. Science has both a humbling and a liberating influence on those who have imbibed the spirit of the scientific method. The skepticism inherent in the scientific method, and its emphasis on making only falsifiable statements, are essential tools for acquiring knowledge we can trust with a high degree of confidence.