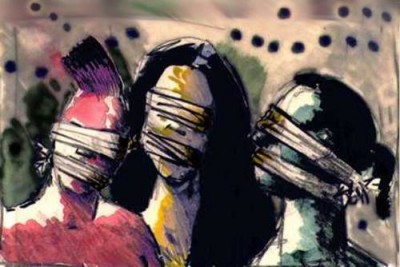 Tyrannies have long managed to proffer the people a decided amount of air to breathe and regulations to heed, and so they did. But we are so keen on saying the phrase “things have changed now” that we almost overlook the left-out roots of the oppressive tendencies in humans as social animals. . “Why does the oppressor oppress?” is the inquiry that comes to mind, but “Where does the oppressor learn to oppress?” should be a more relevant question, I think. It’s true that civilization began with patriarchy injected in its veins, wherever one went but it is also true that it still wheezes in its own concealed form in all corners of humanity.

In a similar manner there are other kinds of oppressions that have maintained their in-built forms in the societies but do not prowl aggressively. Caste oppression is a highlighting example of it. We are living in a world where we are making sure we get the highest technologies in our households but we are also making sure that the caste matches when marrying our children and this is just the part we’re being cautious at. When confrontation strikes, disputes turn into an ugly trail of sadistic atrocities.  Two Dalit children were burnt alive last year’s October where the upper caste Rajputs burnt an entire house over a long-lasted dispute. With the violent and extreme ones taking their places, there are also the casual ones that lurk around the whole community becoming the cause of an accepted humiliation. The acceptance is also a part of the oppression, where the humiliation a dalit faces on a daily basis also needs to be accepted as a “solution” to the bigger picture by the population. The “solution” being the same old argument of classification of jobs according to the ‘varna’ system passed around in discussions.

This article intends to scrutinize the oppressor’s mind. Any kind of oppressor –mainly an upper caste male – because they are packed to the neck by the privileges accorded to them in an Indian society. I intend to try and establish a relationship between the psychological and sociological theories I’ve come across with the oppressor’s tendencies and where he learns to find the oppressed group and could not turn on his empathic side but continues to oppress them for whatever reasons. I’m doing this is to break down certain idiosyncrasies and perceive them from a logical as well as psychological stand because it feels like a ground-level necessity to see persecution from not just an institutionalized perspective but also a behavioral proclivity.

The school of advanced research (SAR) conducted an advanced seminar  in April 2015 to discuss the psychological characteristics of patriarchy and how one (male or female) complies himself/herself to either accommodate or resist the system’s ideology. Co-chaired by Adriana Manago, Assistant Professor, Department of Psychology, Western Washington University and Holly F. Mathews, Professor, Department of Anthropology, East Carolina University, a group of experienced research scholars sat down to explore new theories that unravel the patriarchal mindset and belief system.

“Our purpose,” reported co-chairs, Adriana Manago and Holly Mathews, “was to investigate how patriarchy works psychologically and to probe the reasons why women sometimes adhere or accommodate to ideologies that oppress and disenfranchise them while at other times they resist and subvert them.”

The questions rose stuck to the instinctive psychological characteristics that are recruited or reinforced into any form of society, be it work, family or any public place. The issue of motivation was also a factor that was chosen to be discussed as an innate characteristic but the focus remained on how child socialization works to preserve the psychological ingredient that countenance patriarchy at homes and different social contexts. Simply speaking, what exactly drives the dominant gender to stay dominant?

Hierarchal socialization is the concept that was discussed as a remedy, not exactly a remedy to the system but a remedy to the knowledge. An in-depth order of rank of ‘who belongs at what place’ and the acceptance of it being comprehended and run through generations. Socialization and how it contributes to the patriarchy or any kind of oppression shall be discussed separately in this article

A similar acceptance is noticed in the caste-based discrimination where mortification through identity degradation becomes a key factor. A dalit has faced and still faces a number of incidents where his identity brings the humiliation he was probably ready to endure. It starts right from the time when a guy belonging to a lower caste is asked to repeat his surname, so the listener can avoid him or his acquaintance. An evolution is seen in using the term ‘dalit’, at first it meant only ‘suppressed’, ‘crushed’ or ‘in pieces’, now in the understanding of social psychology it is politicized into a collective identity.

In a paper by Evelin Gerda Lindner on the theory of Humiliation which was written for Human Dignity and Humiliation Studies, she devised 4 major variants of Humiliation- Conquest, Relegation, and Reinforcement, & Exclusion. Humiliation from caste identity falls under the third category – reinforcement humiliation – which is achieved through routine abuse of these supposed inferiors in order to maintain the perception that they are, indeed, inferior.

Now, let’s glean a few theories and processes from social psychology and try to run them through the patterns of oppressions mainly for women and dalits and strive to understand where the stream of continuation comes from. We might know and comprehend the tendency well; we just overlook them when it happens before our eyes.

Social Dominance Theory is a multi level theory postulated by Felicia Pratto and Andrew L. Stewart. It is a layered theory about how groups in societies maintain their dominance over the minorities. In social dominance theory, the dominant group enjoys more privileges and mainly receives larger recognition. Intersectional oppression such as sexism is also included with men  holding more power than women and how processes at different levels of social organization, from cultural ideologies and institutional discrimination to gender roles and the psychology of prejudice, work together to produce stable group-based inequality.

SDT supports to why people use casual and workplace sexism to degrade women in an even fairly stable society as it uses – force and institutional discrimination, legitimizing myths (legitimizing myths are widely known within a society and are linked to the basic cultural cosmology in ways that make them seem self-apparently true) and social dominance orientation which requires people to endorse such hierarchal persecution (including sexism, sexual orientation prejudice, racism, nationalism)

For a developmental procedure, it’s a significant one. For a behavior promoting persecution, it is a reason. Socialization refers to the lifelong process of inheriting and disseminating norms, beliefs, customs and ideologies which start from childhood. Socialization begins from home and children adhere to not just their language and religion but also what “not to pay attention to”. Think about socialization in India where in an upper caste Brahmin home, a child begins his journey into understanding the outside world rather than toys and blocks. Which group to go and which group not to go .You’re probably thinking about the parents right now and to an extent you’re right. It does start from there and when later, one decides to break free of such prejudices it even ends there. Children are observers and a lot of observant learning takes place in this time – who is the mother avoiding to touch? Why is the father trying to shoo away that person? Why does the maid have a different glass and why does she drink from the tap?

In a research paper highlighting the relationship between parental racial attitudes and children’s implicit prejudice, a greater correspondence was found between parent’s prejudice and the prejudice of children who identified a lot with them. Unfortunately there are nil researches done to investigate how child socialization in an Indian upper caste family promotes caste-based discrimination. If done, I think we will be able to tackle the damage with more rationality and scientific interpretation. Socialization is a thick undertaking and often conforms to not just parents but also peers and to analyze it from a perspective so crucial, more research needs to be done.

A well-documented theory for aggression which also explains how an individual, especially a child learns from their mentors. Not only is it widely applicable to men and women, girls and boys and members of all the age levels, but it also has been continually modified and developed over the past 40 years so as to incorporate new findings. People, especially children tend to learn aggressive behavior by either observing their mentors (observant) or by receiving favorable reactions from them (reinforcement). To initiate an illustration a child born in an upper caste family can and will learn how the people he look up to, treat the lower caste community and the bombshell is, it is not just about the aggressive confrontations like violence if came in contact but also the established generalizations that are discussed within the family regarding the community. The wide acceptance of this theory for a structured assimilation of oppressive behavior is also due to its coverage of external stimuli i.e. the people. The social learning theory was formulated by Albert Bandura and is a well- supported theory not just for aggression but also for micro-aggressions, which is a common tactic used to suppress women because we live and laugh in these environments and pick strategies like tone policing and passive aggressive commentary to perpetuate a consistency of oppression. Children in their teens adapt an informal collection of them which grows up to become the big bundle of sexism and misogyny just because it is accepted that way, candidly at first, aggressively later.

The transition of subjection is a bigger complication here because we also must learn to interpret its sources as well as how it runs through people and their minds. There is a requisite to get more and more research done on how caste discrimination and gender discrimination is actually grasped from the very beginning because that’s where it needs to be stopped. Socialization and theories like the social learning theory have influenced and continue to influence the developmental stages of a human being. We are the ones to add to it and we are the ones to discard things from it. It depends very well on us to pay attention to what we are talking about, what we are indoctrinating in our offspring’s minds and to think about whether we are teaching them that everyone is free to love whoever they want to, regardless of their gender. We need to consciously check if we are expecting them to conform to their gender roles, or if we expect them to be comfortable to the sex or gender deemed perfect for them as per society’s unscientific rules. It’s a salient feature at an evolutionary stage and there is an essentiality to disseminate the right information to a growing individual. We are living in a society that is adamantly leading itself into a dark grotto of regressive behaviorism and ambiguous doctrines and there is a scarcity of people who dare to take one step further and try to comprehend privileges and persecution as they truly are. We desperately need more people like that and it can only happen if we water these “plants” regularly.