We live in a society that subjects us to develop a behavioral pattern which can perhaps be used as a database to identify us among everyone else. As we grow up in the realms of our ‘nature & nurture’, we begin to progress physically and mentally in accordance with the social norms. When an outright dose of satisfaction runs through our blood and bones to our brain, we can hear ourselves say: “I am mentally healthy”. A little socialist tone to this personal statement of mine doesn’t speak of any rigid definition but a rather informal view of mental health viewed by our society.

I did a case study in December 2015 at the local mental institution for my undergrad program and it was the first time I went inside an open ward with about 20 patients with different types of mental illnesses. What chilled me the most was an air of uncertain sadness around that lobby and I was able to distinguish that environment from a regular hospital. As much care and concern you see and feel in a heart or a cancer clinic couldn’t be observed in that single floored poorly maintained building. Two words came to my mind while I was returning: – ‘Stigma’ & ‘Negligence’. I decided to part this write up into two sections and you might want to pay a close attention to both of them while also trying to establish a correlation between them.

“none of it made any sense, and it still doesn’t. No time in his childhood did Aaron have any mood swings or depressive episodes that I would ascribe to ‘severe depression’ and it’s possible, you know, he was depressed. People get depressed.” – Noah Swartz (brother)

Aaron Swartz, 26, committed suicide in his Boston-apartment. He is known for his revolutionary contribution in the field of internet-activism and his humane approach towards making access of knowledge a human right sparked a kindling around the world but amidst all this his “invisible suffering” went unnoticed. While a lot of people pointed towards the cause of his death being the overzealous prosecution by the U.S attorney over the “wrongdoing” Aaron committed at the MIT, most of them failed to connect the actual dots. Most of them failed to realize that what Aaron was dwelling and flourishing in was a techno-subculture that didn’t really care about or understand mental illness and it’s time we understand that the technological elevation is emerging around us fast enough to ensure a series of infrastructural and networking development, but not fast enough to check the psychological functioning of its moulders.

To an intellectual like Aaron, clinical depression was a serious blow regardless of where it came from and the enormous amount of stress Aaron was having and hiding, only magnified it. Over 90% of people who die from suicidal ideation have clinical depression and most of them manage to conceal it. Aaron hanged himself on January 11, 2013 without leaving a suicide note but what he left was a lot for others to ponder upon in order to prevent any more Aarons from slipping into the dark side.

Another such humble person, a pretty happy person actually, took his life a year after Aaron. Robin Williams committed suicide on August 11, 2014, at his home in Paradise Cay, at the age of 63. It was very hard at that time for people like us to figure how a joyous and full-of-life man like Robin would kill himself – “How could a guy like this commit suicide?”, “What would depress him? He had everything.” It is only recently that his wife Susan clarified the actual reason of his death- Lewy Body Dementia – a progressive decline of mental abilities which occurred together with depression.

One in four people in this world suffer or will suffer from some sort of mental illness at some point in their lives, the World Health Report says. The cases of Aaron Swartz and Robin Williams are just two alarming public examples of how much we need to understand and recognize the early signs in our friends, employees and loved ones. There are currently 450 million people suffering from mental illnesses. Take a minute and think about the ones that are going unnoticed, untouched and under-treated.

But there has to be a reason for all this, right? I mean how could we let our loved ones just suffer from a dreadful thing like depression or schizophrenia or bipolar disorder? Shouldn’t they feel enough sense of comfort and safety to be able to open up to us? A lot of people have this question as to why people would hide their mental illness from their families or friends or coworkers?

“All she had to do was say anything, and I would have been on the next plane,”said Terri Weaver, mother of a high-spirited Northwestern University student Alyssa Weaver, who ended her life in November, 2012. Of course any parent/guardian would help their child to get out of all this; all they have to do is tell them about it. They don’t. Why? They are afraid.

A one-word answer to the inquiries raised in the last segment is ‘Stigma’- a mark of disgrace associated with a person suffering from mental illness. Max Silverman in his powerful TED talk “Talking about Invisible Illness” provided a stark contrast between the responses his family received when his mother had cancer and the time when his brother was diagnosed with severe bipolar disorder. He added,“People don’t plaster the country in pink ribbons on mental health day, there are no campaigns for mental illness, instead it is shoved behind closed doors and hushed.” 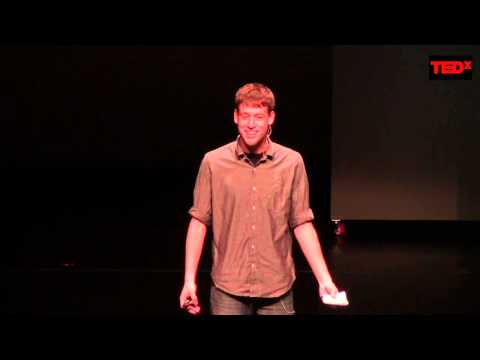 The World Health Report that provides the data of people suffering from mental illness also says that two-third of them never seek help because of the stigma, discrimination and the neglect they fear once they’re out and to this day it’s difficult to say exactly how many surveys and research papers it would take for us to understand that stigmatization disables the person more than the disorder itself and no matter how “civilized” the society gets it is THERE, in your corporate offices, in your schools, in your neighborhood. No parents want their kids to hang out with the “problem-child”. No one wants to sit next to that girl in class who hurt herself, she might have a “crazy” gene. That guy who used to be one of the top employees is fired immediately because he was showing “abnormal” behavior which was not good for the office-environment.

For India, the bad news becomes worse from the beginning itself. A major part of rural India turns to the temples and faith healers when it come to mental disorders resulting in horrendous outcomes of witchcraft and superstition, so we cannot even move further to the other topic but even if we do, the problem of prejudice adds with it a blend of other serious prejudices.

“Living with mental illness is never easy, no matter where in the world you live. But it can be particularly hard in India, and even more so if you’re a woman.”

Says Deepali (protective pseudonym), a 46-year-old Yoga teacher in Delhi who was twice committed to the mental institution against her will by her family even though her psychiatrist said she didn’t need that kind of treatment. In a patriarchal society being a woman along with being mentally ill creates conditions that cannot be ignored easily. A recent Human Rights Watch report on the quandary of mentally ill and disabled women in India concluded that such women are often forcefully committed, even if they’re only perceived as having a mental illness.“Women can be easily put in institutions by their relatives, by the police, without their consent,” says Kriti Sharma, the author of that report. “They’re never asked — or even told — why they’re there.”

This is the paragraph where I would suggest Governmental, social and cultural measures, just like in every other article talking about this issue and I WILL do it, but this time with a disgusted expression on my face. Disgusted not because we have to face this, but because we speak so well of our so called “diversification” and development and yet we cannot treat medical conditions like medical conditions.

Fortunately, India now has its first Mental Health policy calling for an increase in funds to provide reasonable and attainable care to those suffering from mental illness. The policy calls for a higher number of mental health professionals to be trained, from community-based counsellors to specialized psychiatrists. At present, India has only one psychiatrist for every 343,000 people. The implementation is still unpredictable not because of the policy’s nature but because we’re stuck. The policies will do their part; will we do ours is the question. Even a basic knowledge of mental illness and its intervention in every school, workplace and home can save a lot of lives. If you think your friend is depressed, talk to them, talk to their parents and loved ones, and somehow just let them know IT’S OKAY. Prejudice exists because there is little or no understanding of mental illness and the only reason there is little or no understanding of it is because prejudice exists . It’s a vicious circle. Take the first step, talk about it.