Does collective conscience of our country truly comprehend what gender-equality pertains to? Or is it still a conundrum to us, to which we naively respond with our ludicrous notion of activism. Often, in our endeavours at combating crass forms of misogyny, we overlook (and sometimes even propagate) its inconspicuous, but equally detrimental manifestations. A fitting specimen of this irony is a recent by a YouTuber and self-proclaimed social-media activist Varun Pruthi. 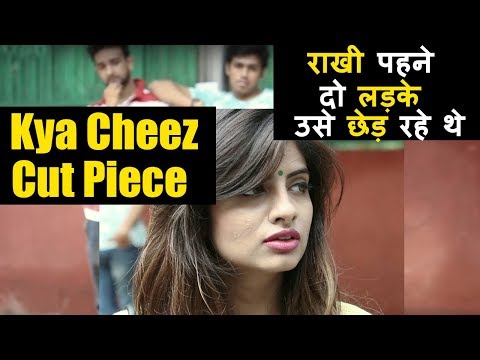 Is it hard to notice the big-fat misogynist elephant in this video? A minute of introspection to the video would tell you that instead of fighting street harassment, what is actually being reinforced is that harassers should stop not because it is against her consent and is making her visibly uncomfortable but because they are trespassing into another man’s “territory”.

This virulent mentality spawns due to the popular, internalized and honey-dipped notion that women are valuable just because they are someone’s sisters,wives or mothers, territory of another man. Our culture has systematically established the value of a woman on how she serves men. These casual and esoteric forms of sexism inculcate the very foundation of misogyny they ostensibly claim to fight. I am sure this video will do rounds on Indian social media for and in spite of its banal content and vacuous message.

You might say that “someone’s sister” logic is trying to instigate a feeling of empathy in the harassers towards the individual by confronting them with what their own sisters would feel in the same situation. But that doesn’t really help the case for the video. When the appeal you make, to stop a man from harassing a woman, is that she might be someone’s sister, you are undermining her right as an individual. The patriarchy involved in this mentally is exposed by the fact that we do not use the same logic when we talk about atrocities on men. Just replace street harassment with any other crime. “Do not murder him because he is someone’s brother” or “Do not beat him because he is someone’s father”. How farcically incoherent does it sound!

The very problem is giving an inordinate amount of importance to the brother’s reactions and feelings and not to the women in question. This validates the theory that women are the property of men to do as they feel fit. The video is NOT advocating for women’s rights because it doesn’t talk about them. It talks about the discomfort and rage harassment of the sisters would cause their brothers. It does not even once mention how the harassed individual feels.

Also, I do not concede to the argument that this cliched “sister” logic even sometimes might help. It doesn’t help. At All. Everyone realizes they have sisters at home; at face value it seems like reminding them of their sisters would change their behavior. But it won’t. It may stop the particular incident. Nothing more. But then, you can stop these incidents, even if you and the people around you speak out literally anything. If it stops just THAT incident, it actually has zero impact, cause saying a lot of other things would work here.

Misogyny is not taught to anyone, it is subconsciously drilled into people by the society. That is one more reason why we should attack such messages which indirectly and involuntarily spread misogyny. The festivals and traditions which are integral part of our culture, also preach and practice overt misogyny. Raksha Bandhan (to which this video is dedicated) and Karwachauth are nothing but patriarchy disguised as tradition. Instead of this charade of chauvinism, we should celebrate the protection family offers individuals of all genders. Let’s not be afraid of being called too radical or iconoclast. This fear of not subverting archaic norms is what keeps us from social progress.

As humanists and skeptics, we must criticize individuals like Varun Pruthi, and the pages like ScoopWhoop who use populists approach to get ‘views’ and ‘likes’ at the expense of morality and substance. Videos like “Viral video of street kid eating at McDonald’s for the first time” harvest popularity because they pull the heart-strings of gullible people and butter the conceited egos people have about being validated as a good human being. This contagion of moral vanity should stop. Armchair activism can be fruitful, “keyboard warriors” who really care about social issues can make world more a better place by creating awareness and knowledge.We should not be deterred by criticism that we are hurting the Indian culture.
As explained brilliantly in this article,

As for the people sharing the video, there’s a need to ask ourselves why do we share it? Does it make us feel better about our country, about our culture, does it help us in whitewashing the level of misogyny in our country? If yes and since we have elucidated how harmful the message is for women. If you still share such videos, it would only prove the point that it’s not your sisters that you care to protect, it’s your honor, your sense of nationalistic pride.

This nurtures more pernicious and pervasive forms of sexism. “Honour killing”, slut-shaming, moral policing, and setting curfews by patriarchs of the family, are all direct offshoots of this problem. Remember the lawyer who would “incinerate her daughter if she goes out at night ” or when two brothers paraded with the severed head of their sister, because she desired to marry the person she loved.

Author thanks Satya, Radhika, Manoj, Surya and other members of nirmukta for their contributions to the article