Nestled away in the afterthoughts, or not at all, of the public attention that CERN and the LHC garner is an experiment called LHCb. It is actually one of the four experimental collaborations that are in operation at the LHC. Two are well-known – ATLAS and CMS – still bathing in the radiant warmth of the Higgs discovery. The other two are LHCb and ALICE. In this article, we discuss the recent triumph of the LHCb collaboration as they announced the discovery of a new particle a couple of days ago. 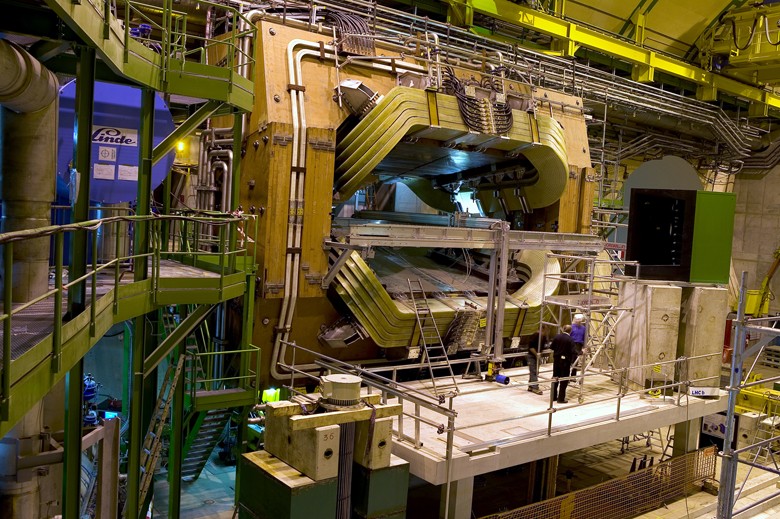 I’ll give you the gist of the discovery right away – the LHCb collaboration have discovered a new type of particle, called the pentaquark at about the mass of 4.4 GeV. As the name suggests, it is composed of five quarks, or rather four quarks and an anti-quark. This is as exotic as a particle gets.

There it is. If you’ve understood that, you can skip the rest of the article and enjoy a coffee instead. If not, do read on – with or without coffee. Easy things first, then the more difficult ones!

Let’s get a few basics out of the way.

There are just a few particles which make up all we see. These are the true building blocks of the Universe and they can be classified into several groups. There are gauge bosons, leptons and quarks, apart from the Higgs. We shall forget about the gauge bosons and the Higgs for this article, but concentrate on the quarks. Example of leptons are the electron and its much heavier cousin (about 200 times heavier), called the muon. Muons will be important for our story, but the real heroes are the quarks.

Quarks come in six “flavours” – up, down, charm, strange, top and bottom. The names are just names and have nothing to do with actual up or down or something being really strange or charming. Up, down and strange quarks are light quarks, while the charm and the bottom are heavy quarks. The top is super-heavy and we can tick it off our list – it doesn’t participate in anything we might be interested in here. Of course, every quark comes with its anti-particle – the anti-quark. We shall refer to the quarks by their first letters – yes, we are on a first letter basis with them.

A good introduction is this Nirmukta article here.

Quarks can stick together due to the strong force and form “bound states” – these are hadrons. Two quarks cannot come together – it requires a quark and an anti-quark to form a bound state. These quark-antiquark states are called mesons. Three quarks can form a so called ‘baryon’. Our familiar protons and neutrons are baryons. Examples of mesons are the lesser known pions and kaons. Besides kaons, we are going to meet some new mesons in our journey very soon.

You might have heard that energy and mass changes as we move from one reference frame to the other. Though there is some confusion over the exact terminology in use, there is no doubt that momentum of a particle changes as you shift reference frames. However, there is one definition of mass – the mass which you measure when you’re at rest with the particle – which doesn’t change. This is called the “rest mass”, although I like to simply refer to it as “mass”. This is also called “invariant mass” as it is invariant under the change of frames.

The fact that this definition is independent of the choice of reference frames makes it an ideal quantity to measure and plot. Also, if a particle decays (and read this carefully; it’s important), then the daughter particles will have energy and momenta which can give back the invariant masses of the decaying particle.

Now consider a particle A at rest decaying to B and C :

,  The two decaying particles have

The bottom-line is that if you have a particle decaying into other particles then by measuring the energy-momentum of these decay products, you can figure out the mass of the original particle which is decaying. We shall use this fact to directly read off the mass of the decaying particle from the invariant mass distribution later on.

Okay, we are ready to go! The difficult part begins, so pay attention!

The decays and the Feynman diagrams – en route to the discovery

We look at a decay of a baryon which is made up of one u-quark, one d-quark and one b-quark. The name is lambda-b, written as

, where the superscript shows the charge. This baryon decays into one meson and one baryon – and this is interesting. It decays to a meson called

(pronounced jay-psi; yes, a double name for one particle) and a baryon called lambda-star (

decays to a proton and a meson called kaon (

is a very nice particle since it is easily identifiable because of its clean decay to two muons (remember, the heavier cousins of the electrons?).

At this point, if you’re lost in the myriad of names, let me try and clear that for you with a picture.

Fig 1: Feynman diagram for the decay of the

and proton, via a

state. You can now do interesting things with this knowledge.

Say, you just want to plot the invariant mass for the

system. It should just be a featureless smooth curve; nothing interesting in it. Except when the

decay products come from another particle. You can understand it like this – in general, you’re going to produce a lot of kaons and protons, just by colliding protons. That is a given. So if you plot the number of kaon-proton systems with respect to invariant masses, you’re going to get a smooth featureless distribution. This is the background. This is boring! 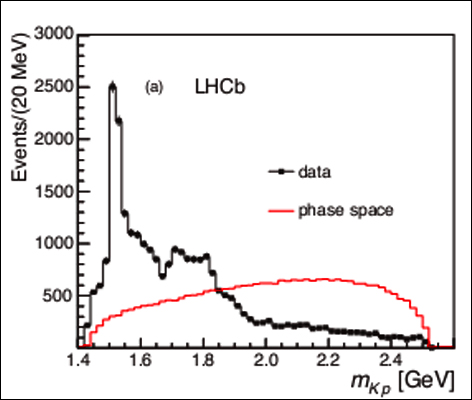 Fig. 2: Invariant Mass of the

system. Look at the peak from the

We have come a long way in identifying new particles. We have known the  particle for a long time now. We know its mass and the peak in diagram 2 doesn’t surprise us. In other words, no new discovery if we plot the invariant mass of the kaon-proton system!

What if you plot the invariant mass of the

and proton system? Well, you should get a boring background again! No particles decay into these two decay products, so no peaks. Or so we thought! 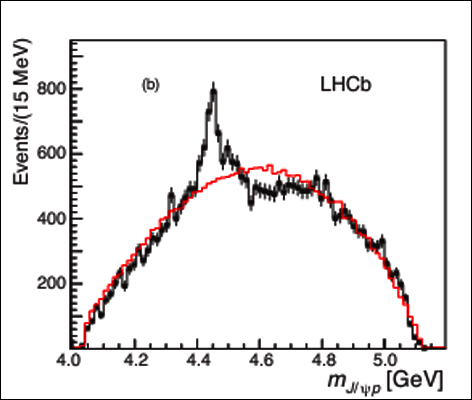 Fig. 3: Invariant mass distribution of the

. Look at the peak – that’s the  resonance (from LHCb paper)

Welcome to the lexicon of particle physics,

;  the subscript indicates that it has a charm quark and the superscript gives the charge. When you look at diagram 3, it becomes evident that we are indeed looking at a particle which is decaying to the

must have existed in this new particle which is decaying.

Now, the proton has u, u, d quarks and the

has a c quark and a c antiquark (written as

). Thus, the new particle must have 5 quarks – a pentaquark! It’s composition is

This is a new discovery. What are the chances that this is a fluke? Almost none – we are 99.9999999999992% (there are 12 nines after the decimal point!) sure that it’s there! For the statistically savvy people reading this, I am referring to a 9-sigma significance.

baryons and then shifted over to the decay of the

for peak #1. What does this new pentaquark do in terms of the bigger picture of the

decay? Well, it just says that the

can decay into a kaon and a pentaquark state. The pentaquark then decays into a

and a proton, yielding peak #2. Fig. 4 makes it explicit.

Fig. 4: Feynman diagram for the decay into a pentaquark and a kaon (from LHCb paper)

Yes, this is a tough job and, yes, even the simplified version of this might sound difficult! But think about this, dear readers – we are in an age of science when we are talking about a fundamental discovery of nature. A particle which decays in a millionths of billionths of a billionths of a second (

). A particle made up of five quarks, nothing like we’ve ever seen before.  Nature gives up its secrets when you ask the right questions, it is said. Our question mark is shaped like the LHC.

Feel free to leave comments and ask questions about the science of this discovery.