This year Chennai celebrated its 7th Rainbow Pride March on 28 June 2015. An unique aspect of this year’s programs has been the use of term “self-respect” (Tamil “Suyamariyadai”) and the emphasis on social justice for all. Pride has been traditionally seen as protest for rights, as well as a time for celebration for the LGBTQ community. Although there have been some attempts to split the community of gender and sexual minorities by a few misguided leaders, we have always worked together in Chennai for organizing Pride event in the month of June, ending with the march that typically happens on the last Sunday. 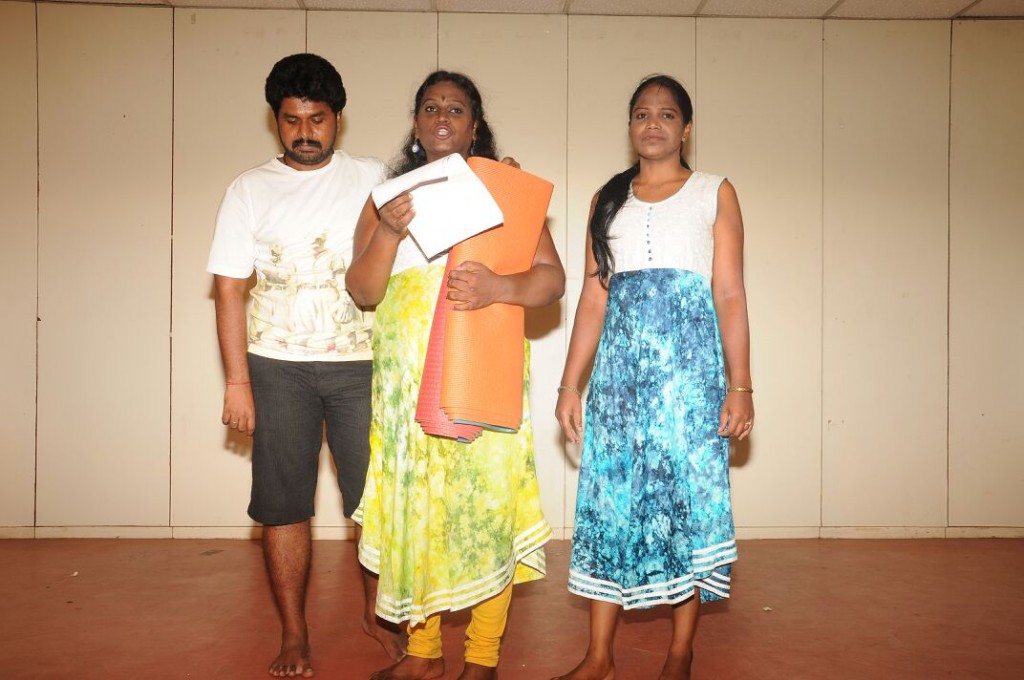 We started with a press meet on 1 June where we shared the details of activities planned for the month. We publicly declared “We chose to align the LGBTQI movement in Tamil Nadu with the notion of self-respect. As a community we are committed to working towards social justice and civil rights beyond alternate sexuality and gender equality. We are determined to fight injustice based on caste, religion, and other forms of oppression.” We also set forth our demands including implementation of NALSA judgment, amendment of section 377 of IPC, corporate accountability on gender and sexuality inclusions, stopping discrimination in educational institutions, stopping forced marriages and unethical practices like forceful shock treatment to change gender identity or sexual orientation. 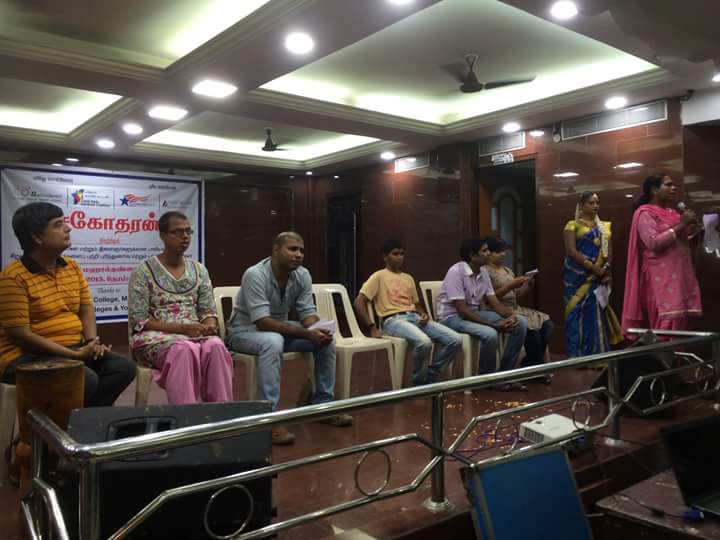 This year’s Pride events included two captivating theater programs: “Naanga Ready” (We are ready) of Marapachi Theatre in Spaces, Besent Nagar, was the official curtain raiser for Pride activities. The audience appreciated the play for realistic depiction of various issues affecting gender and sexual minorities, in the context of social justice, for example, how widespread housing discrimination affects individuals from oppressed castes, unmarried women, as well as transwomen. The aim was not to provide conclusive answers or decisive solutions to all problems, but rather to create awareness of various issues and to question that oppressive norms that are prevalent in our society. Equally intriguing was the play, “Colour of Trans 2.0” performed by Pannmai Theatre in the same venue a couple of weeks later. Again, the audience appreciated the play for realistic depiction of everyday issues like restroom access for trans* individuals. 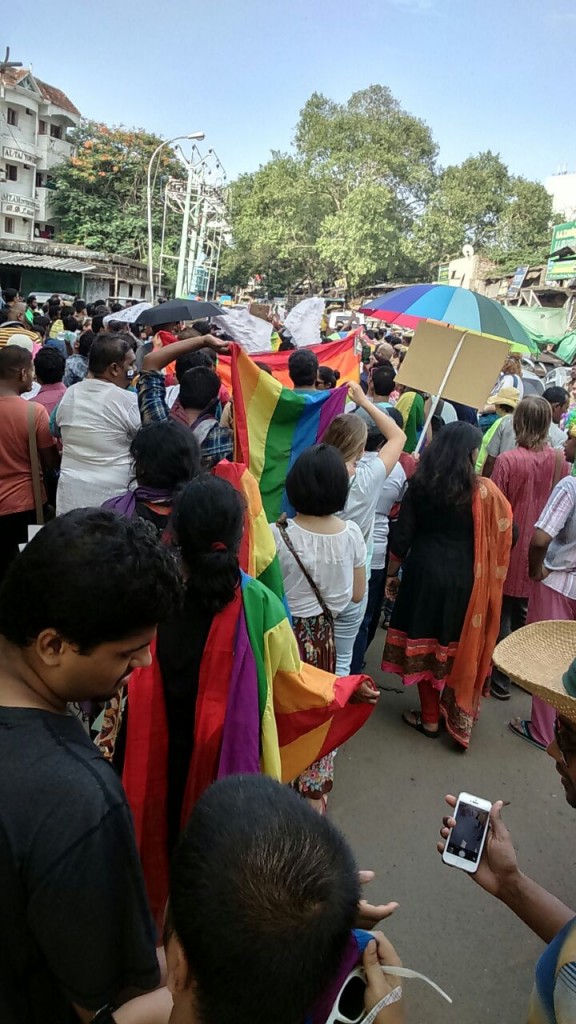 Some of the other Pride events included a support meet for parents of LGBTQ children, a grand youth sensitization program, and a storytelling session. There was a grand cultural performance called “Vannangal” (Colours) on 27th, the day before Pride. The program included dance, skits, and other performances by community members. On the same day, a discussion was also organized about caste and LGBTQ activism, titled “Queer and Casteist”. Activists working on caste issues shared their insights on various issues affecting the LGBTQ movement like the casteist advertisement for gay marriage partner by the mother of Harish Iyer. 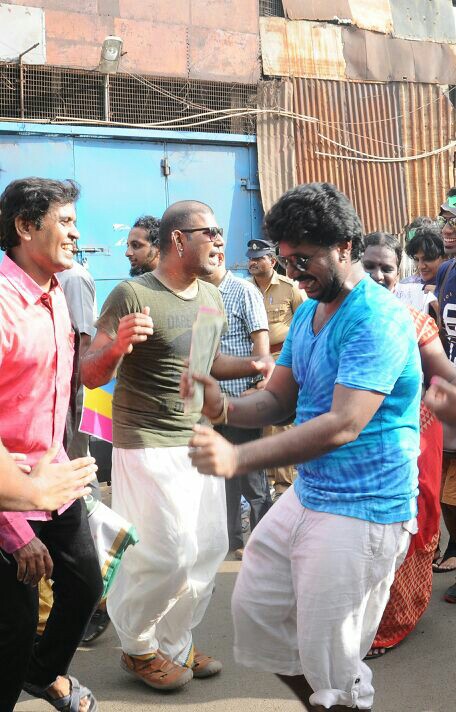 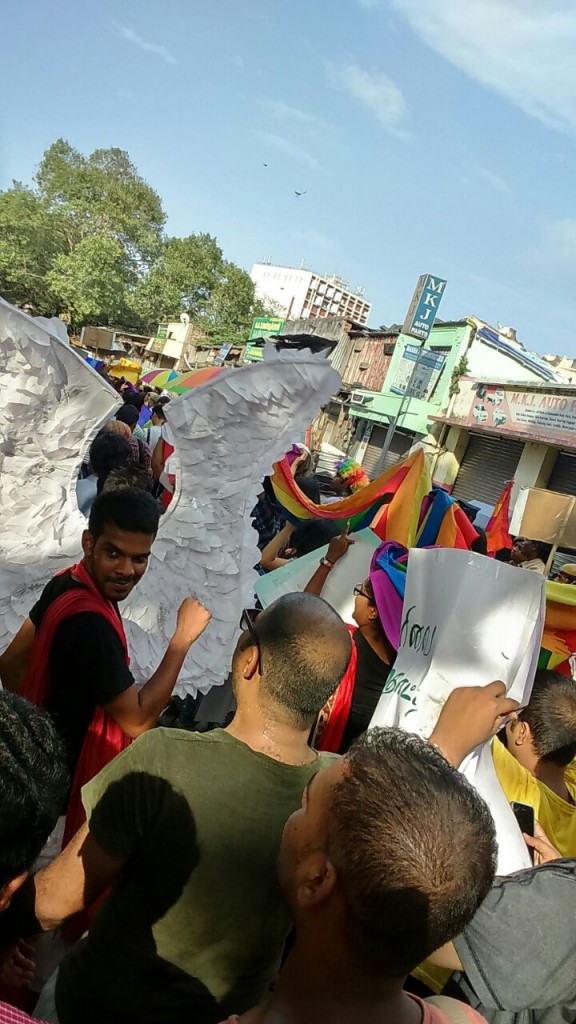 The month-long celebrations ended with the Pride march on 28th. Nirangal, Orinam, Sahodaran, Thozhi, and other members of the Tamil Nadu Rainbow Coalition worked together to organize these events as well as the Pride march itself. Nirmukta has always supported Pride and members of the Chennai Freethinkers also actively participated in the Pride march. A special aspect of this year’s Pride march was the voluntary and spontaneous support we received from residents of Pudepet. While we were shouting slogans for equality, holding placards, and singing and dancing, the people from the neighborhood extended their support and joined our march. We have planned for a few more activities in the upcoming weeks including the Chennai International Queer Film Festival in the last week of July. 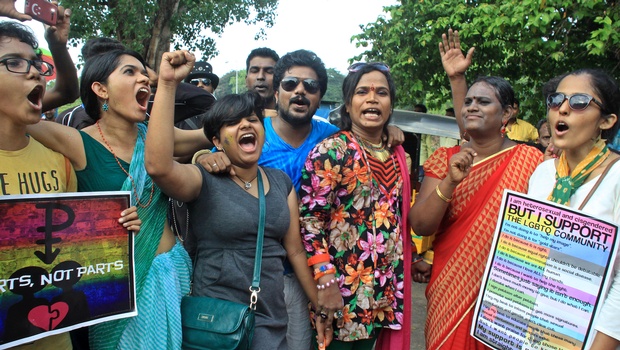 I work for Nirangal, an organization that promotes human rights for marginalized communities, specifically gender and sexual minorities. I have spent a few years in an Ashram studying Hindu scriptures, but do not believe in any religion. I have been associated with Chennai Freethinkers (Nirmukta) since 2014.