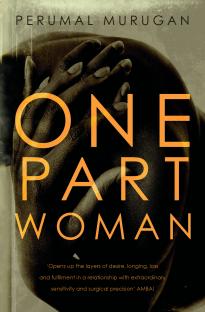 In the silencing of Perumal Murugan and his tragic reaction, there is one more thing that has been bothering me. Yes, support is slowly building up and protests are being organized. But time and again we hear voices being judgmental about the decision taken by Perumal Murugan. Whenever and wherever people discussed this passionately there were people who kept saying, ‘He should not have given up so easily.’ On the one end were people who called him spineless for letting thugs threaten him; for not taking a bold stand. ‘You should be able to stand for your writings’ thundered some. And in a TV programme, one writer, a woman to boot, talked about ‘Aanmai’ ie., masculinity – the strength to stand up and face opposition. The implication was that Perumal Murugan did not display masculinity. Though the horrible gender stereotyping in that statement makes me burn, I will restrain myself from discussing it. In the panel discussion on Freedom of Expression in The Hindu Literary festival on 16th January 2015, many in the audience said: ‘He should have been here,” “Invite him for a programme / discussion in Tamil”, “Let us organize a rally and call him.”

On the other end are people who are frustrated that Perumal Murugan had retreated into a shell and that he had taken the drastic decision to withdraw his books and not to write any more. Sashi Kumar, in the said panel discussion, made his point very gracefully: “Perumal Murugan should allow himself to be the focus that others could rally around and he should help us to help him.” On the face of it, it is a fair expectation. All that is being said is: “We are fighting for you. You need to be present.”

I appreciate the show of solidarity and understand the need for a focus to anchor the protest on. But is it alright to expect Perumal Murugan to put himself in the limelight, no, harsh spotlight again? Is that focus necessary? Should Perumal Murugan necessarily be the rallying point for our protests? Can we rally around without putting any further burden on the writer? Can’t something be done for him in Namakkal, his hometown where he wants to continue living? Can’t we garner support for him among his own people? And can all this be done without breaking the writer any further?

There are even more questions. Do we have the moral authority to tell Perumal Murugan to stand up and fight for his rights, come what may, whatever be the price he has to pay? Who are we to accuse him for giving up easily? Do we know what it must have been for him to be summoned to a ‘Peace meeting’ where under tremendous physical exhaustion and mental stress he signed a statement of apology and withdrew his books.

Perumal Murugan is not the first person whose freedom of expression has been so violently and shamefully curbed. And unfortunately, as everybody knows, he will not be the last person either. And hence this is not just about Perumal Murugan but a representative of the much larger issue of freedom of expression and the politics of offence. I feel instead of crowding Perumal Murugan and placing demands on him, we should let him in peace. All we can do immediately is to make a collective effort to withstand such attacks on any writer / artist. A protest meeting is being organized in Chennai today (20th January 2015) where writers, political leaders, social activists and several others are participating.

We should continue to talk about the politics of offence whenever and wherever possible. We need to keep these conversations going. We need to organize protests, sit ins, demonstrations, rallies, protest marches…And we need to build a movement in the peace time so that when there is a war time we are ready. We have to keep talking about what offence is and who sets the standards of taking offence and how it would be expressed. These conversations need not always take place in public spaces and not as calls only from sanitized pulpits. For the jiggling unease to snowball into a concrete movement that would resist every such intolerance of freedom of expression, we need to have these conversations inside our homes, in our marketplaces, teashops, in our schools, colleges, offices – basically everywhere. Such a conversation is not going to be easy or quick. But we need to make a beginning by expressing our support to the write and not demur about offending a friend or colleague. We need to create the discussion, seize the opportunity when it presents itself and be the person to express openly the absolute need for freedom of expression. Somewhere sometime such a conversation would bear fruit.

The solid suggestion by Justice Chandru, at the Hindu Literary festival that like the Disaster Response Team, we should have a ready response group of activists, lawyers, writers and individuals to respond immediately whenever there is any move to curb freedom of expression does not need the writer’s presence immediately. Infact it is an excellent long term solution. Kannan, the Kalachuvadu publisher announced during the same programme that Perumal Murugan’s controversial book Maadhorupagan, could be scanned and uploaded by anyone in the web and that he would not object. Such a support for the writer by a publisher is unprecedented. A visibly moved A.R.Venkatachalapathy, his friend, said Perumal Murugan is in his peak of creativity – he has it in him to write another 7 or 8 books of the same calibre. That he may choose not to write those books is the tragedy.

I find myself agreeing with Aniruddhan Vasudevan (who had translated Perumal Murugan’s book into English as One Part Woman) when he said “Right now Murugan does not need a pep talk. Perhaps he should be allowed to feel the exhaustion while we speak, write, march and read. Hopefully, after allowing himself to fully feel the sadness and exhaustion, he will emerge.”

Perumal Murugan wants to be left alone. He deserves some peace and quiet. Let us keep doing what needs to be done to ensure that such assaults on freedom of expression does not happen again. Let us give him the time and space to heal and recover. But, of course, we can also hope – that he would come back; that he would continue to write. When that happens maybe we can then celebrate him and support him. Till then, take your time Perumal Murugan. You deserve it.