This photo essay was originally published on Bell Bajao. Bell Bajao is a cultural and media campaign that seeks to reduce domestic violence and to highlight the role that men and boys can play in reducing violence. The original article is here.

The article and the photos are by Madhuri Mohindar.

In Haryana, there are only 830 girls for every 1000 boys. A normal ratio is 1050 girls for every 1000 boys. Stop for a moment and think. Where have all the girls gone? Through illegal technologies, the girl child is being eliminated even before she is born. The practice of Gender Biased Sex Selection is rooted in a far deeper discrimination and violence that girls face – from having to pay large dowry during marriage to restricted mobility and choice because of protecting a girls’ honor, to the desperate desire for a male heir. Breakthrough is working in four districts in Haryana – Jhajjhar, Sonipat, Panipat and Rohtak, to challenge and reverse Gender Biased Sex Selection. Through partnerships with the Government of Haryana, the Ministry of Women and Child Development, Angandwadi Centers across the region, and Panchayat leaders (local government), Breakthrough is counteracting the deep rooted discrimination that women face. But no one method can work in isolation. Paving the way is our leadership trainings with young people in colleges, Anganwadi workers, and government officials and our community engagement through melas and street theater. 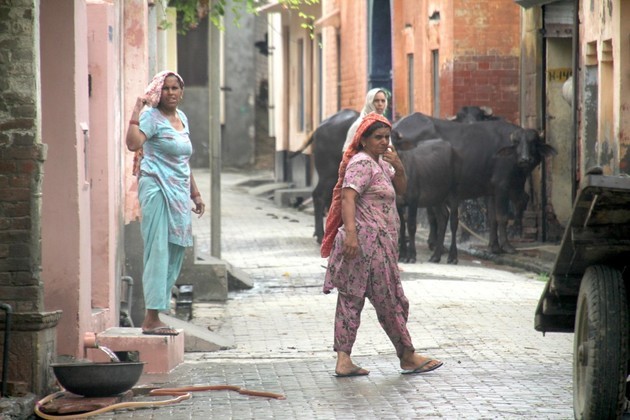 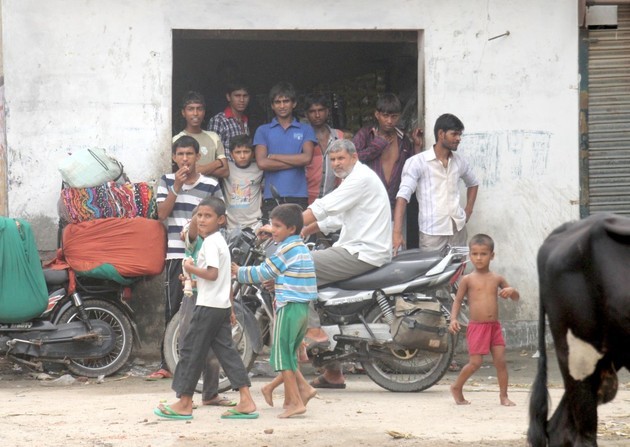 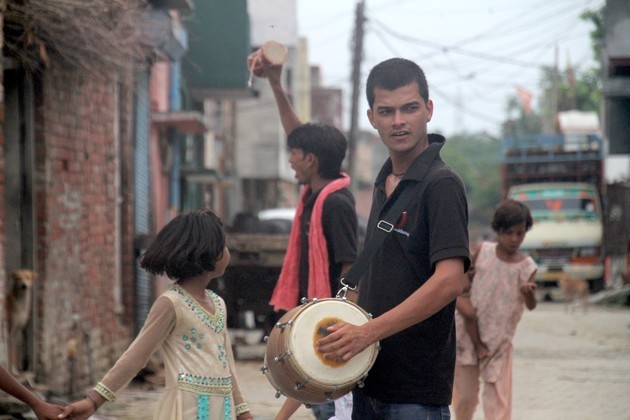 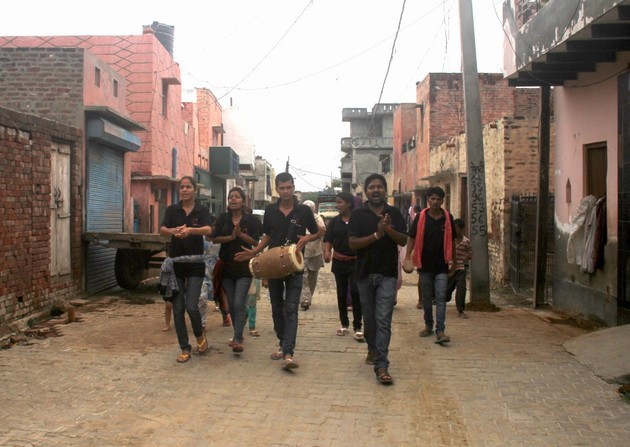 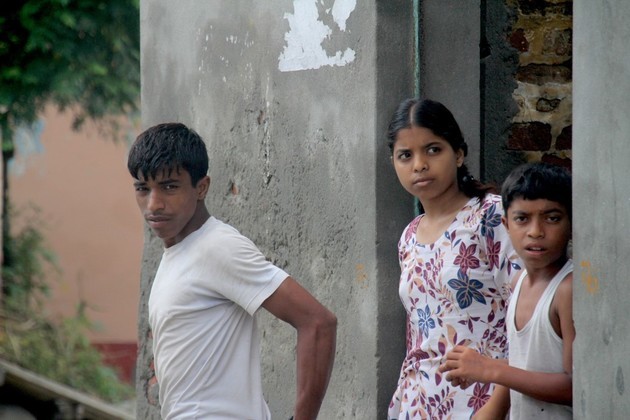 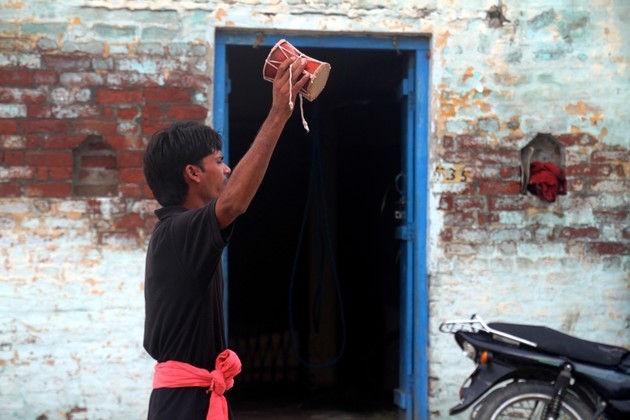 If you happen to be in Haryana and hear the call “Natak Dekho Natak Dekho” (watch a play, watch a play!) that’s us. In villages across the four districts we work in, Breakthrough and the Faith in Theater group is bringing street theater to choupals (communal village spaces), anganwadi centers (childcare centers), classrooms and streets. Thousands have gathered to watch the play which addresses issues of dowry, sex selection, and lack of choices for young girls, through song and dance, traditional references and humor . Based on the story of Rani who has to fight to marry into a household that respects women, the play has been wildly successful in igniting conversations across every village it is presented in. 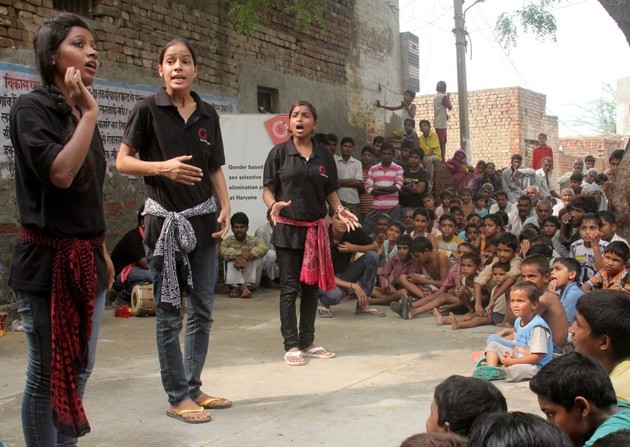 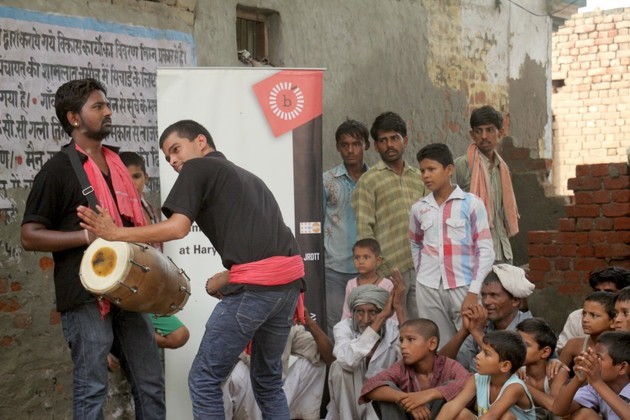 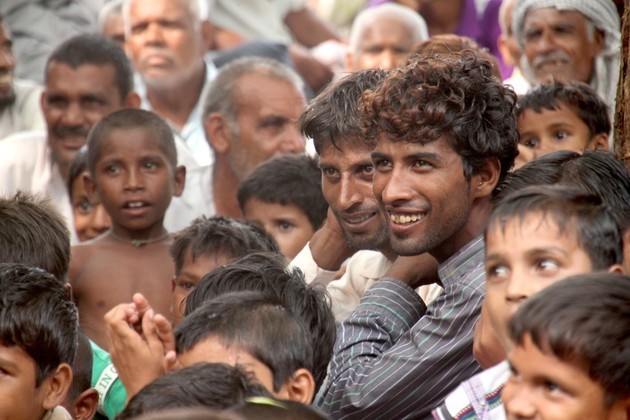 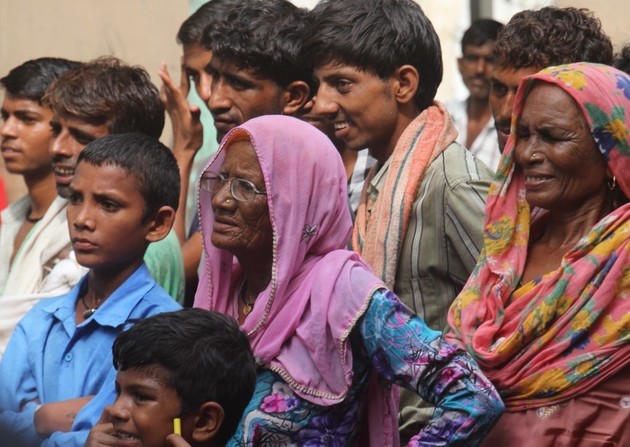 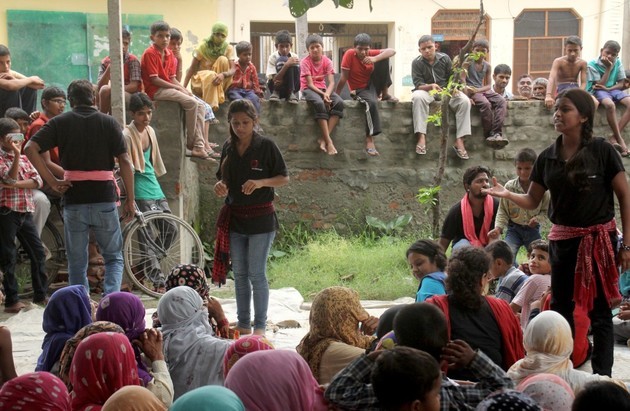 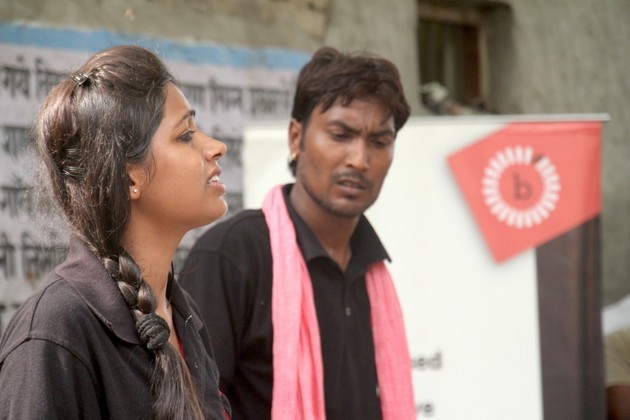 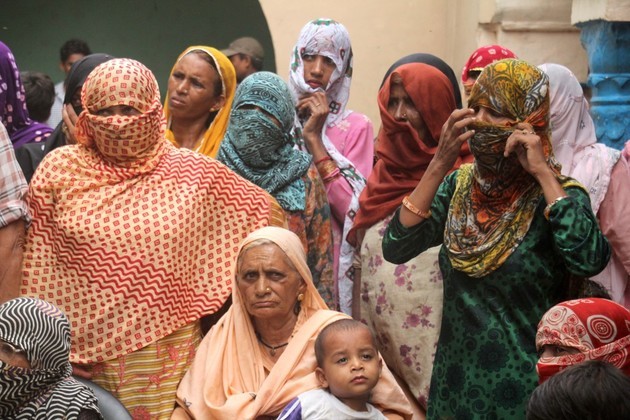 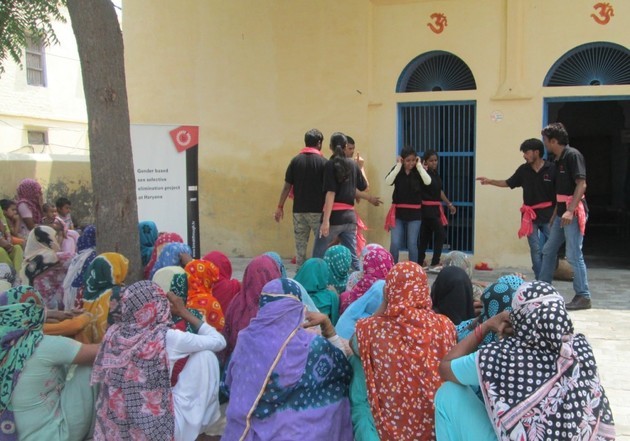 “Yeh natak nahin, yeh sacchai hain” (this isn’t a play, this is reality) says one woman, as she remembers how Rani has to behave like a monkey, quietly nodding yes and no while accepting her lot in life. “I have two daughters and I have educated them as much as my son,” says one man. “This play should be hosted in every village across Haryana.” But while many praise the play, there are also counteractions. “What’s the problem if there is a shortage of women? People are buying brides from other regions in India so we are managing.” says one woman. And an older male talks about how girls inevitably become disobedient and disrespectful after getting educated. 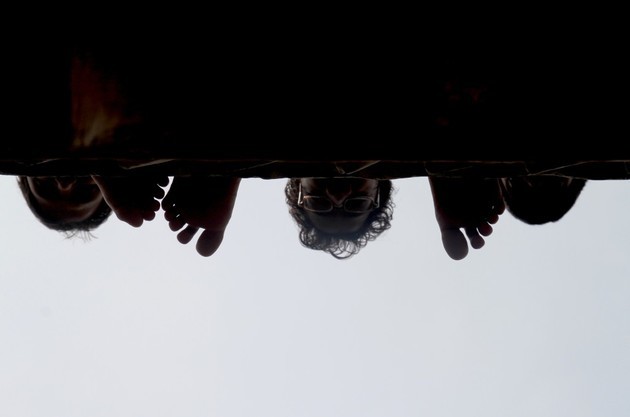 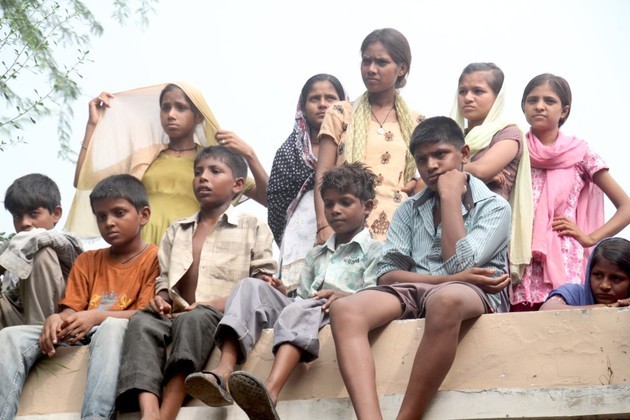 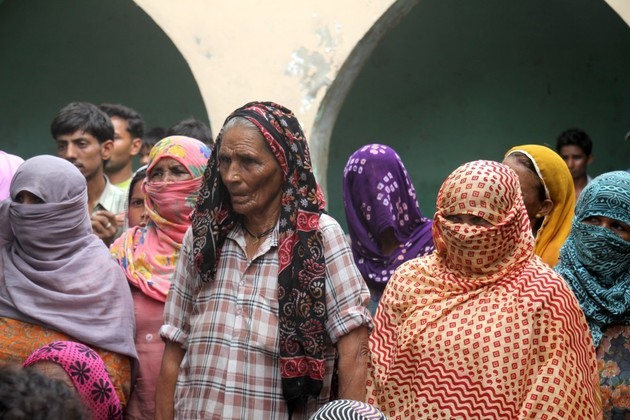 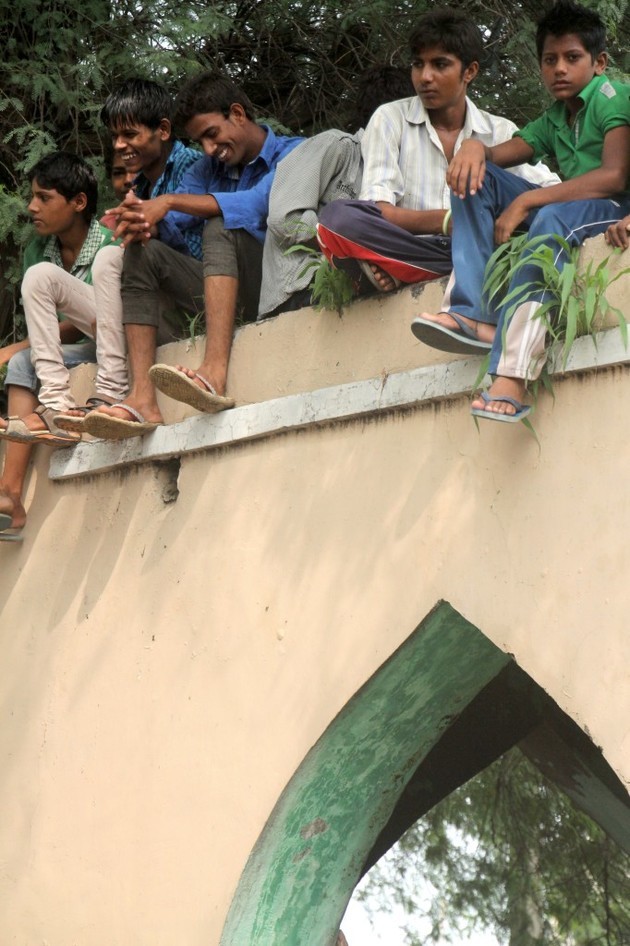 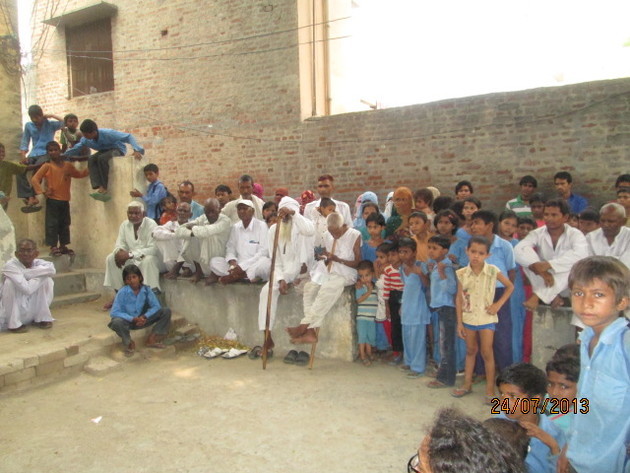 The conversations generate debate and debate engenders change. Dissent is often counteracted and many contend that Breakthrough’s street theater is touching a deep chord and crying for a change that is desperately required. And the messaqe of the play resonates strongly – educate your daughters, stand up to the social ills, and bring the power back to the girls family by refusing to marry your daughters into families that do not celebrate the birth of a girl child, that desire a hefty dowry, that treat women as an object, that do not respect women. 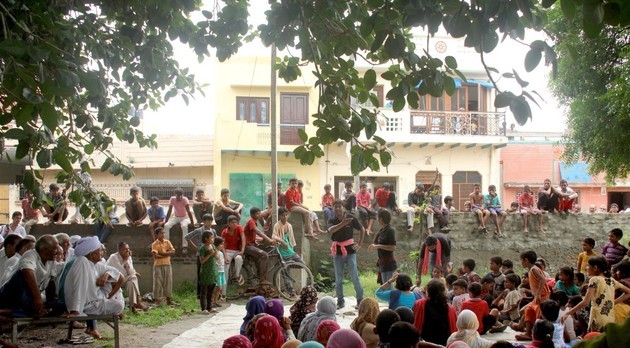 About the Author: Madhuri Mohindar works with Breakthrough on multimedia strategy and content and is actively involved with Breakthrough’s upcoming campaign against gender-biased sex-selection in Haryana