When T.V.Manoj, the administrator of carvaka4india.com website and the former the editor of Bangalore Skeptic which later on got renamed as Indian Skeptic, who also works for the National Insurance Company, was transferred to Port Blair, his first sentence to me was that he was going and by the time he comes back, he is going to start some rationalist activity there! True to his word I got a call in February, 2013 asking whether I could come to Port Blair and conduct some workshops at summer camps for children at the Science center, Port Blair. He said that I would be his guest for the duration of my stay. However, there was a rider – the travel costs from the mainland could not be borne by them as the Science center was running on a shoe string budget. When I was pondering about the pros and cons of spending on the travel, as usual loudly on my face book time line, there was a immediate response from Jagannathan Veeraraghavan, who sent me a personal message and said don’t ponder about such things just go! He also added that though he could not actively participate in building up the movement he was glad to be of what help he could give and offered to sponsor the travel!

So, it was fixed. Since the passage was via Chennai, there was scope to organize some activity on the way back and this opportunity was also taken by the Rationalist forum and Chennai Freethinkers who organized a two day workshop on the way back on the 1st and 2nd of June! So, when I landed at Port Blair, Manoj was waiting for me as promised and took me to the circuit house which had been booked by the Science center. However, as an abundant precaution they had announced a number of programs for the month of May all of which had local resource persons but for mine there was an option- science behind miracles/ science activity. Because as the Curator Sri N.Mohan said, there was always a risk of people from mainland not turning up! On 24th of May, when I went for the workshop I was surprised to note that there were 110 children from the ages of 10 to 14. When I had been invited the number was supposed to be 50. Even during the workshop the number kept growing and on the last day we had 140! But, it was a delight to interact with them with their inherent curiosity being intact and their zeal to learn very high. The program started very well on day one but suddenly came a hitch- NDTV wanted me to come to Delhi for a program, We the people. That meant that the next day’s program had to be managed by them – the day after that a Sunday was a holiday and there was no problem of that. I was told that the next day’s program was ably managed by Mr. Debasis Pal, the education assistant who was one of the kingpins of the program and had a way with the children always keeping them engaged.

On the way back from Delhi on the 26th I understood as to why the organizers of program were so unsure people from the mainland turning up on time! The Jet Lite flight Delhi-Kolkata-Port Blair circled Port Blair and went back to Kolkata as it could not land due to the heavy rains and clouds reducing the visibility. However, alternate arrangements were made to reach on the next day well in time. It was very well that we did that because the team from Doordarshan, Port Blair had come to shoot the activity and the producer was so impressed with our training that he shot for nearly half an hour and also invited us to come to the studio for a shooting session. The footage shot at the Science Center was shown as a two part serial and the one at the studio as one more. The one at the studio had one exposure which was very relevant to the islands. That was the technique of ‘removing jaundice’ from the fingers. Since most of the cases of jaundice were due to hepatitis A virus and lots of viral infections are all self limiting that can be overcome by the body’s immune processes, these quacks had a high success rate! When the reality behind that, and how these quacks use the bark of the mango tree and lime water (calcium hydroxide) were shown, even the staff, who were  shooting the episode, were surprised!

I also showed the ‘miracle’ of producing water from and empty jug and linked that to one alleged miracle that had taken place in one of the islands. Some time ago, a miracle monger had turned up there and had conducted healing programs by sprinkling water on people to cure their eye problems including refraction errors! I was told that lots of VIPs of the islands, including the Member of the Parliament, who had attended had thrown away their spectacles believing that they were cured. After a few days they had discovered that the so called cure was a fraud . The healer in the meanwhile had fled and taken along with him a women too. Finally they were traced to somewhere in Assam and arrested.  However, the program  was to be broadcast after I had left. But, I was informed by the curator Mr.N.Mohan that it had gone on very well and he had kept a recording of the broadcast – he had to because it happened that the presenter of the program Neha is his daughter who is pursuing a course of media studies at Chennai and it was her first TV appearance!

On the last day was the valedictory function and I was glad that I had stayed a day extra for that. The chief guest was the Chief secretary of the administration of the islands Sri Anand Prakash IAS. He was very much impressed by the presentation of one of the four children whom I had trained – he was interrupted when he was to see that of the others! In his presidential address he dwelt mainly on the need for scientific temper and article 51 A (h) of the Indian Constitution.  When we met after the function he told me that he had irrational thinking but his wife had much more. He also expressed interest in having more such programs and wanted to have a longer interaction with me during my next visit. The heads of department of science and technology and that of culture (the science center curiously, comes under the latter) too were very much impressed by our program. So, we could say that our movement has made a beginning in this area.

The next logical step would be is to conduct more such programs in these islands and train activists in performing these techniques to develop the process of rational thinking among the people. Manoj has a year more of service at Port Blair and we do hope to start a group in Andaman and Nicobar islands! So, we can proudly claim that we are from Punjab to Andamans and from Uttarakhand to Nicobar! 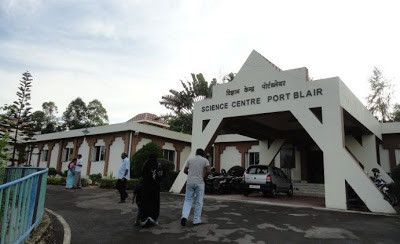 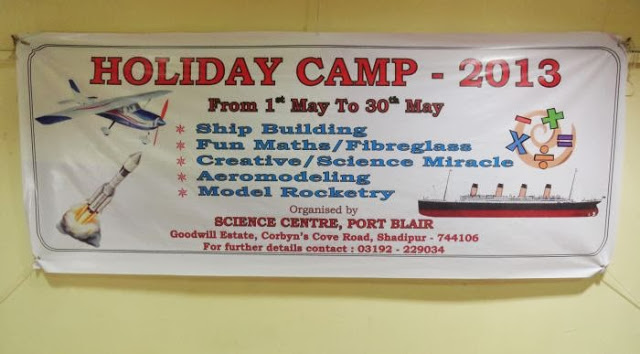 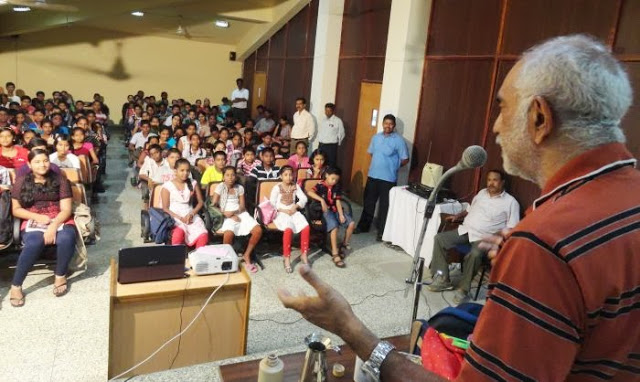 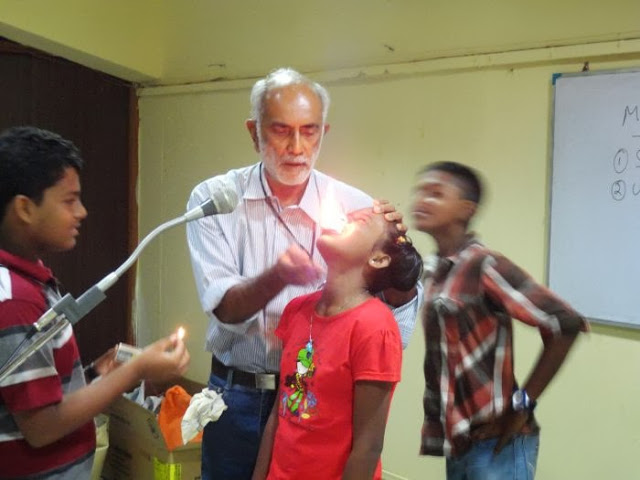 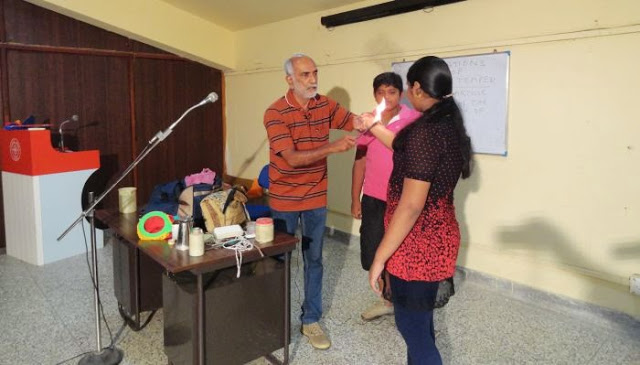 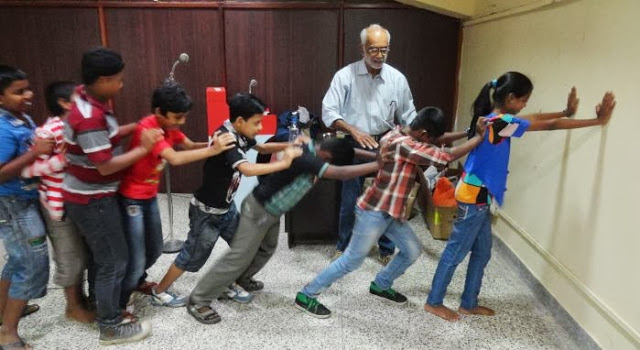 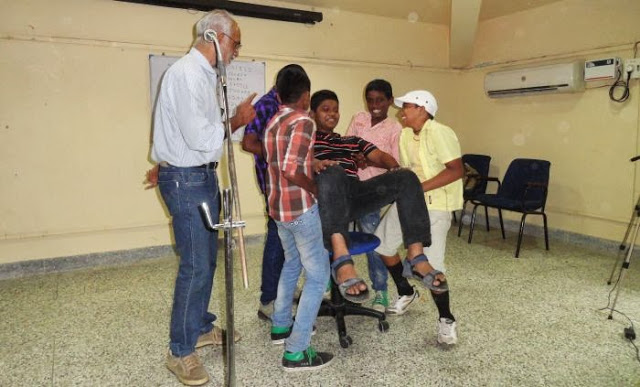 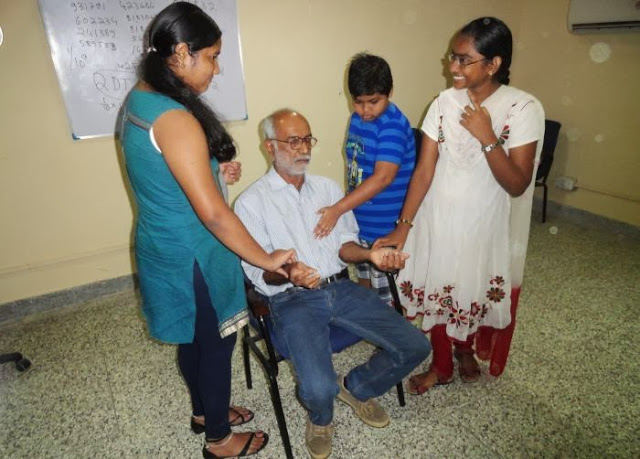