(By Poonguntan Cibi and Geetha TG )

On 26th January a group of freethinkers had gathered at the third floor of Hotel Park View, Nungambakkam for Thinkfest ’13.  As I craned my head into the conference hall I could find that splendid logo of Thinkfest ’13 glued to the wall. Veteran CFT members, Bala Bhaskar, Ganesh Veluswami, Geetha TG, Bala Subramaniam, Girish Shankar and others were busy making sure everything was set.  Soon 60 members had occupied their seats and the hall was full in no time. 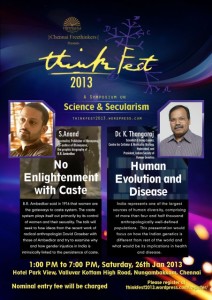 Geetha TG then took the stage to welcome the participants. She introduced Nirmukta to those whom it was new  and played a video clip that rendered ‘On The Origin Of Nirmukta’ and its survival as one of the fittest freethinkers’ and rationalists’ community.

Sanjay, then walked in to introduce S. Anand, journalist, editor at Navayana to the crowd. It was a highly informative and thought provoking session. Anand spoke on the topic  “No Enlightenment with Caste”. He began by describing the etymology of the words ċandálá and ċandáli, and its usage in Tamil cinema especially in the humor scenes by the south Indian comedian- actor Vadivelu. Only then it dawned on us that he was rooting into an active topic with that apparently passive beginning. He explained how malevolent the caste system had been all over India since antiquity and also how the dalits were tyrannized by the deemed upper castes. 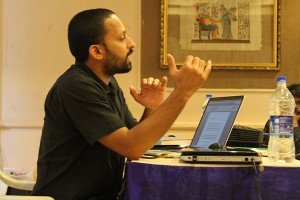 S.Anand delivering the talk on “No Enlightenment with caste”

He then briefed the case of Bant Singh which many of us were not aware of. It was indeed poignant to realize that  dalits were even denied the most fundamental of the human rights, and as in the case of Bant Singh it was only in the year 2004, for the first time, a dalit of his region in Punjab had managed to secure a conviction against the accused. He then described in detail, the Kherlanji massacre, again a caste-related violence issue in India whereby Surekha Bhotmange, her 19- year old daughter, and two sons where flayed in public and paraded to the village square while being beaten up and the women raped.

Anand, thus letting us grieve over these malicious acts of the caste system also chided on, “How uncivil it has been of us to let all these horrid acts of the caste go unanswered and unnoticed and only when it came to be a girl of a middle class Delhi- based family, we realized the country is yielding in to chaos!”. He then swiftly turned towards  the class system and its impact.  He spoke a lot more on Dr. B. R. Ambedkar and his contributions to fight untouchability and caste system. This was followed by an interactive session wherein many interesting queries were answered patiently and eloquently by Anand. 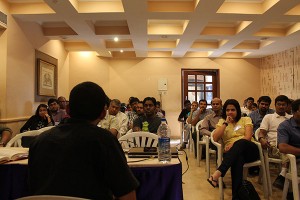 S.Anand delivering the talk on “No Enlightenment with caste”

Anand’s genuine and powerful speech eventually made one thing clear: The only way to salvage India (and the whole world) with respect to all these communal unrest and religious riots is Humanism. The first session thus ended with members coming out contemplating the serious issues of casteism plaguing the country and wondering if it would ever be abolished, as they moved for some refreshments.
The second speaker for the day was Prof.Thangaraj Kumarasamy of the Centre for Cellular and Molecular Biology, Hyderabad. Bala Bhaskar introduced Prof.Thangaraj to the audience. The professor’s articles in Nature and Science have always made it to the cover page. It was gratifying to see that he quoted extensively from the internationally acclaimed research work done by him with his team. Prof.Thangaraj spoke on the topic of ‘Human Evolution and Disease.’ His talk covered the following:

Our primate relatives split from our common ancestors millions of years ago, but their genomes could solve mysteries about our own evolution and medical problems.

A mutation in myosin heavy chain gene (HYH16) may have helped the skull to evolve into a more pliable structure allowing for a bigger brain.

What makes a human – the  mammalian protein coding genes count 25000 which is only little more than that of the simple 10000 cell nematode C.elegans which has 19000 genes. In humans, these proteins help build a complex organism of nearly 100 trillion cells precisely arranged into many different organs and structures.

It is estimated that over the past 10000 years humans have evolved as much as 100 times faster than at any other time.

This is due to humans moving about and because of the changes in living conditions brought about by agriculture.

The HAR2 drives gene activity in the wrist and thumb during fetal development. This could have brought the dexterity needed to manufacture and use tools.

AMY1 encodes salivary amylase which digests starch. There are multiple copies of this gene. The advent of agriculture 10000 years ago might have caused this.

LCT gene for lactase to digest milk sugar. The human version allowed adults to digest lactose. It evolved independently in European and African populations to enable humans to digest milk from domesticated animals about 9000 years ago.

He then talked about the Migrations Out of Africa and said that probably the mega drought that led to the drying up of Lake Malawi in East Africa might have triggered the migration. He spoke extensively about the archaeological evidence and the linguistic families in  India. He said Neanderthals were probably the victims of early genocide by modern humans, a consequence of our inherently violent nature.

India, he said, was an ethnic museum with 4635 well-defined populations, 532 tribes and 72 primitive tribes. He explained in details about the work done by him in studying the Genetic Affinities of the Andaman islanders.

He then moved on to discuss the recent migrations into and out of India. Finally he spoke about the medical implications and gave a number of examples:

Cardiomyopathies and Sudden death due to cardiac arrest and the work done by him and his team in identifying a common MYBPC3 (cardiac myosin binding protein C) variant associated with cardiomyopathies in South Asia. 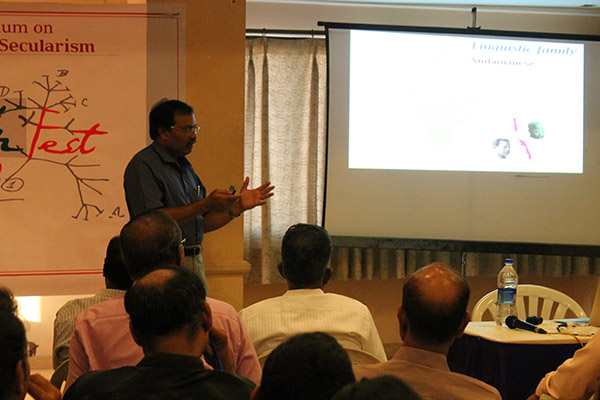 Dr.Thangaraj during his talk on “Human Evolution and Disease”

He finally spoke about the very important point of teaching evolutionary biology as a basic medical science in Medical Schools. He explained how knowledge about evolution would provide physicians an integrative framework to link apparently disparate bits of knowledge. 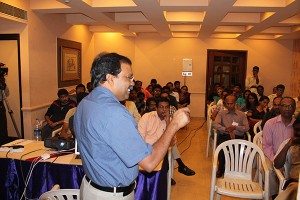 The presentation was original and covered a lot of cutting edge research in the field. The audience were fortunate to hear an accomplished speaker who efficiently explained complex concepts in as simple terms as possible. At the end of the session we were left with the satisfaction of having heard an expert who in future is bound to receive great many laurels. 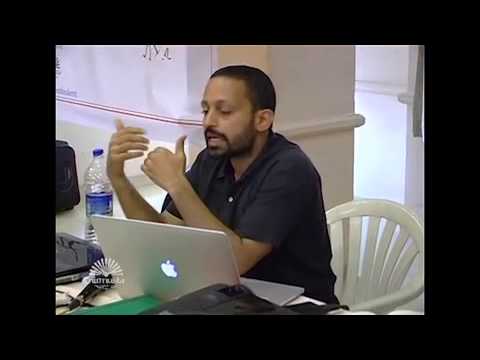 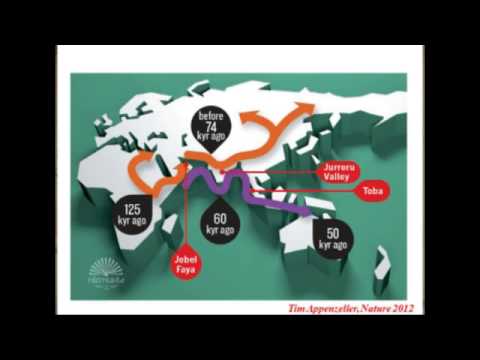