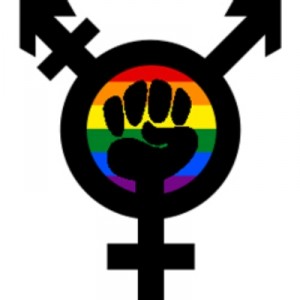 As a feminist who places a lot of importance in the power of conversations, there are a few catch phrases that are thrown at me from time to time that make me want to put my head inside a cupboard and scream my lungs out. I started calling myself a feminist at the age of twelve when I first read about the American suffragist movement and fell in love with the “radical notion that women are people”. Feminist thought and politics is the space where I found comfort, where I grew to love my body, where I learnt that it is okay to be different. Feminism gave me the kind of validation most 12 year olds crave for but never get. In other words, feminism is pretty essential to who I am today and how I feel about everything. So there is nothing that irks me more than someone who frivolously discards feminism with “I am not a feminist, I am an equalist/humanist” as though feminism is either some thoughtless, flippant and inconsequential movement used by bored, elite women to stir up trouble on the streets or a violent vendetta that seeks to completely reverse the social order in favour of the “female gender”. If you are one of those people, here’s news for you: feminists stand for nothing if not for equality; feminism is nothing if not for humanity. All feminism has ever tried to do is provide counter discourses to what is normalized and appropriated as “ethics” and “justice” by a privileged few in a society. Feminist praxis works towards providing a lens to view the variations and hierarchies that make up the category of “human”.

A few days back, my unfathomable love for musicals made me drag a friend along to watch ‘Les Miserables’. We had promised ourselves a “fun day” which, for us, means consciously demarcating a space and time where we will completely withhold ourselves from getting angry at anything at all. We deserved it too, after having worked tirelessly to arrange for a film festival on gender issues of various sorts for which nobody turned up (Yes, we lead very sad lives). We were fooling ourselves of course. Once you are addicted to feminist media criticism, there is no escape route. So by the time the romantic descriptions of revolution came along in the form of a song that goes in the lines of “do you hear the people sing/singing the song of angry men”, all that carefully suppressed anger came welling back up. I wouldn’t dare to fault the movie makers, of course. They were only adapting a famous piece of “political” literature. And why would they do it any other way? Everyone loves a good story about Revolution. And Revolution is the realm of Man; the brave Man, the heroic Man, the poetic Man and, of course, the intellectual Man. Those who would look at it any other way would be accused of not having the vision to look at the larger picture. They would be deemed unnecessarily critical and, God forbid, unpatriotic. Take, for instance, Olympe De Gouges, French feminist, activist and playwright, who got her head chopped off French Revolution style for pointing out to the revolution hardliners that the pursuit for “Rights of Man” may not be looking very carefully into the rights of other kinds of people.

And while we are talking about revolution, we might as well take a look closer home. Take one of the first, most significant movements for women’s “empowerment”- the anti Sati advocacy. The anti Sati debate taken up by social reformers, took a by and large protectionist form. There was a recalling of the image of the woman as a pious figure with great strength, resilience and moral soundness. Raja Ram Mohan Roy, the champion of the fight against sati had, argued, “One fault they (women) have, it must be acknowledged; which is, by considering others equally void of duplicity as themselves, to give their confidence too readily, from which they suffer much misery, even so far that some of them are misled to suffer themselves to be burnt to death.”* Women were, therefore, easy victims because they were too naïve and gullible to understand what they were being pushed into and not because religious diktat and unyielding social constructions had put them in a claustrophobic situation.

The other major strand of the anti sati argument drew heavily from religious contexts. There was a revivalist trend of going back to the Vedic texts as well as other important texts of Hinduism, such as the Bhagwad Gita, to prove that Sati was not a compulsory act prescribed in the Hindu texts. While using religion as a strategy was pragmatically beneficial, it left the rigid patriarchal structures that existed within religion, unquestioned. The acknowledgement of a benevolence granted by both Divinity and the male intellectual reformer is seen in the Roy’s statement, given not long after the passing of the Sati Abolition Act, “We should not omit the present opportunity offering up thanks to Heaven, whose protecting arm has rescued our weaker sex from cruel murder…”** (Emphasis mine).

Don’t get me wrong. You gotta love a man for not wanting to burn women alive for some warped up sense of honor and glory. But I don’t want to be made to put him on a pedestal and uncritically glorify him for salvaging the “weaker” sex. The worst part is that we have still not managed to get out of the habit of using such problematic language, even if we disguise it under the all encompassing excuse of building a “strategy”. Even today, some of the most popular campaigns for women’s education call for the need of such education for the growth and the development of the coming generations, for inculcating a better sense of “family planning”, to help poverty alleviation and for the betterment of the society as a whole. Education for the sake of education is only the right of the privileged boy child. Similarly, the Nirbhaya gang rape case sparked a series of campaigns to create safer environments women which urged people (read men) to empathize with the victim-survivors of sexual assault by thinking about how they would feel if the same happened to their mothers/sisters/daughters. Not only does this conveniently hide the fact that women do get raped in the privacy of their homes by the very men that are socially assigned the job of “protecting” them, but also takes the focus away from a person’s right to claim safety in any space under any circumstance. The most visible campaigns, in fact, didn’t even have any representation of women in them. They had actor-director Farhan Akhtar inciting his brethren by flashing around the question “are you man enough” to join him in making Delhi safer. But as gender rights activist, Kavitha Krishnan rightly says, “machismo (mardangi) is the problem, not the solution.”

To me, “mankind” will never just be a word but a sexist terminology that assumes a particular gender to be representative of all kinds of people, Dil Chahta Hain will never be just another heartwarming movie about friendship but a film about male bonding where women are mere intrusions and The Notebook won’t be just another love story but yet another celebration of a heteronormative man-woman relationship which gains its legitimacy because it ends in marriage and a horde of successful children. To me it is hard to come to terms with the fact that my role models are not to be found in text books or movies. My role models will be found screaming themselves hoarse with slogans as they march beside me in some protest rally or another. They will be found tired and exasperated at unattended seminars saddened at how little people care after all these years and yet grateful that some people care at all. And as an upper caste, middle class, cis, able, born-Hindu woman, I cannot even fathom the marginalization that people who don’t identify with the above tags face. Like when Virginia Woolf famously said “for most of history, Anonymous was a woman”, she wasn’t at all cognizant of how much further into anonymity people who don’t identify with the man-woman gender binary will be pushed into for many years to come. Feminist training has helped me deconstruct the norm and recognize where I stand in relation to it. Few ideologies emphasize as much on the importance of recognizing privileges as feminism does. So, while “feminism” and “humanism” may not be interchangeable terms or substitute philosophies, without “feminism”, “humanism” remains “upper caste-upper class- cis- heterosexual- able bodied- middle aged man-ism”.

*Extracts from A Second Conference Between an Advocate for and an Opponent of the Practice of Burning Widows Alive (Calcutta, February 1820; Selected Works of Raja Ram Mohan Roy, pp. 156)
**Extracts from the argument regarding the burning of widows considered as a religious rite (Calcutta, 1830; Selected Works of Raja Rammohun Roy [ New Delhi: Government of India, 1977], pp. 163)

A student of Gender Studies, Shreya Sen is a loud and proud feminist and considers herself to be the Batwoman of the internet world. She enjoys reading, respects chocolates for their benign presence in her life, and often ponders upon the merits of procrastination.