Editors’ Note : This article reports an investigation of a purported treatment facility, undertaken out of regard for public interest and the need to emphasize scientific temper in the choice of clinical services.

It was a day for the two of us to get treated by Positive Homeopathy at their newly opened branch at Mangalore. Sheela who is hypothyroid and I, a border-line diabetic and a hypertensive under treatment from the past 12 years decided to go in for Positive Homeopathy, encouraged by their blurb that all chronic diseases would be successfully treated by them! This clinic has been recently opened in Mangalore and we were under the impression that it is something different from the usual one- I assumed that the one more commonly known was a negative form and this would be something totally different altogether! However, we were in for a disappointment! There was a large size photograph of their Chief Quack, sorry the founder of Homeopathy(not known whether positive or negative)- Samuel Hahnemann with the usual blurbs about his greatness. 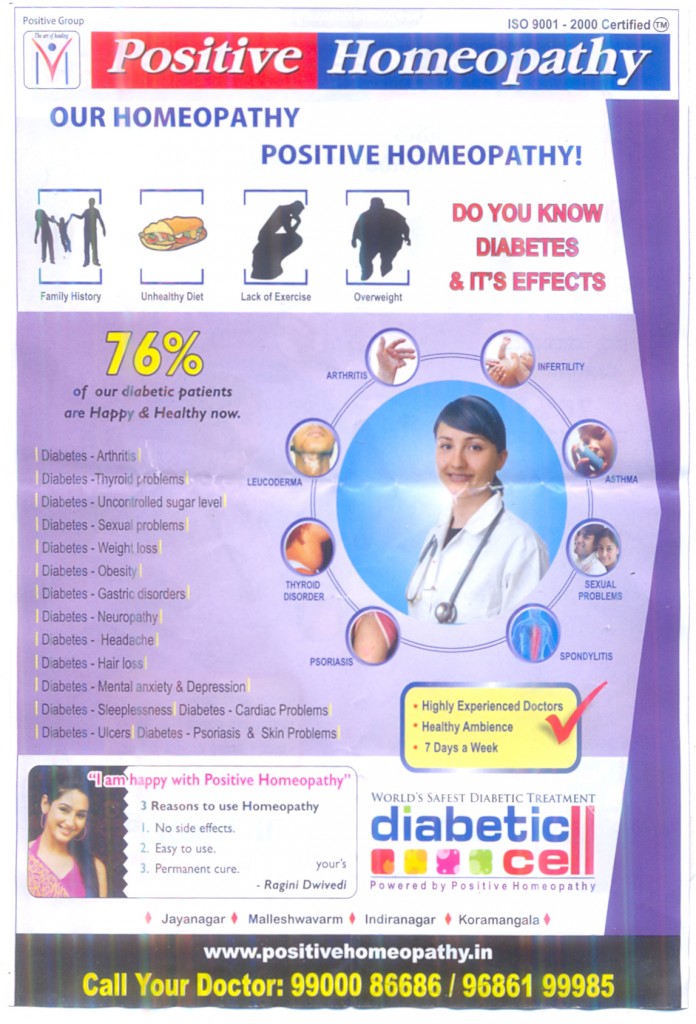 When we were ushered into the presence of the resident Doctor, Dr.Rekha, I was asked to go out and she wanted to continue the interview of Sheela. Though Sheela was very agreeable to me being present and repeatedly said that she had nothing to hide from me, I was still not wanted- the reason I came to know later. When it came to my turn came, she was asked to go out despite my protestations. It was clear that Dr.Rekha, BHMS,Govt. College of Homeopathy, Bangalore registration no.11721, Board for Indigenous Medicine, Karnataka did not want any witnesses for the promises that she would make. However, she was not aware that there was a recording device in my pocket which was running! Before I was ushered into the august presence of this ‘highly experienced Doctor’ ,as their blurb says, I was asked to check my weight and pay Rs.300 as the consultation fee without which I was told that I would not be eligible to consult her! 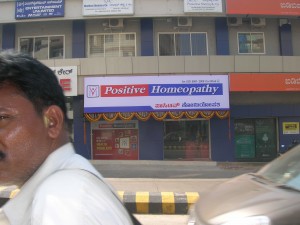 When I told her that I was a border-line diabetic (for they claim that they are diabetic specialists with the world’s safest diabetic treatment) she asked me more questions and then I came to the real problem, Hypertension, for which I informed her that I was on three drugs- a calcium channel blocker, an alpha blocker and a beta blocker. She told me that with the two year treatment my blood pressure would be back to normal and there would be no more need for any drugs. Then she asked me about my drinking habits and whether I drink coffee or tea. When I said I have coffee- she said no. For, I was told consumption of coffee was taboo in Homeopathy. However, I would be allowed to have tea- thank God, sorry thank Hahnemann for the small mercies! Then came the question of my evening, spirituality- regarding which of course Hahnemann and his gang were liberal about that.  She said that a peg would be permitted! All this time despite my complaint being that of hypertension, the ‘highly experienced’ Doctor did not even once touch the BP apparatus that was on her table- probably it was just a prop! 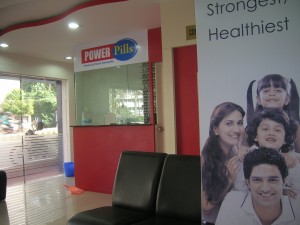 Inside the Positive Homeopathy Clinic, Mangalore

When the clinical examination by the highly experienced Doctor was over, I was asked to meet the ‘Manager’ whose name was not mentioned. When I went into his chambers I was introduced to another young lady who was the ‘patient relationship manager’. I was told that the treatment would take a couple of years and they had no short term solutions. I was asked to pay Rs.11,000 for a year’s treatment which would be Rs.20,000, if I paid for two years at one go! When I replied that I did not have so much money they were willing to settle for whatever I had. When I asked them for the prescription and I would buy the medicines outside they said it was not possible! It was obvious that they are running what is called as a closed house system in which all things have to be bought from one place- which as defined in the MRTP act, is a restrictive trade practice. It is also deemed unethical for any one registered under the state medical councils to carry out such because it restricts the patient’s choice.

It was very clear that Positive Homeopathy is a racket to fleece the gullible public by making them committed to their treatment for a couple of years! They could always claim that their medicines will take time to work. In fact, the “manager” was claiming that their medicines at the genetic level and prevent even the next generation from getting the disease! Again, the fees were the same for Sheela and I!Sheela wanted to be treated for hypothyroidism and I for hypertension- but the fee was the same for both of us! As soon as we got out of the chamber of the manager we were surrounded by the three women who were waiting outside and were falling over each other to ask us to take the medicines. When we said we were not interested  they appeared very much perplexed!

Since I have now become a consumer of the services of M/s Positive Homeopathy by the virtue of having paid Rs.300 as the fee, I have a case under the Consumer Protection Act and intend to take Dr.Rekha and the shop keepers of M/s Positive Homeopathy to the Consumer court and am going to initiate the proceedings soon. One can just imagine the fate of the poor people with chronic diseases who are forced to take these sugar pills for a couple of years with no chance of escape as they are told that it will take so much time for the cure!