The importance of science, in its avatar of an organized cooperative effort, in shaping the conditions of life of the dominant human species is not often appreciated. Starting about 250 years ago, with the advent of industrial capitalism, it has transformed the world, saving millions from short and brutish lives, supplying the basic requirements for the removal of ignorance and superstition, by making world-wide travel, communication, and the flow of information possible.

About that time, in the wake of major political upheavals, , people discovered a simple process for understanding nature, and our relationship with it. The recipe is simple. Our ideas are tested systematically against the verdict of experiments, using new instruments, and eventually, new technologies. The results are interpreted and the process is applied to the next logical set of anticipated consequences.

This process, apparently so simple, has no known boundaries. From the earliest tools and instruments for investigation, starting with axes of stone, wheels for transport, and the working of metals, we have progressed to sophisticated instrumental technologies, which allied with mathematical analysis, and interpretation, have shown that there are no apparent frontiers to this process of technological progress.

The results of organized, cooperative science are now a part of the daily life of millions over the globe. Civic amenities, techniques of communication, both physical and electronic, public health, and the partial elimination of deprivation, hunger and illiteracy for millions are some of the results. Modern concerns in the political arena such as space exploration and stem cell research are all dependent on science.

Some of the fruits of systematic research have also led to new possibilities for unleashing the worst features of competition, in the dominant species, leading to the proliferation of urban slums, the perfection of weapons based on the application of scientific techniques, such as nuclear bombs and bombing. The combination of industrial capitalism, and extractive imperialism is now compromising the future.

At this juncture in history, an understanding of the scientific factors involved is vital, since they may, if wisely adopted by compassionate and informed members, stave off the dangers of misery and perhaps, a steep fall in living conditions. There are no guarantees, but perhaps our grandchildren, at least, can expect a happy life span.

Hence the importance of the science writer, editor or journalist whose role is, to quote from the mission of the BBC, To inform, educate and entertain . This task is not made easier since few understand its methods, its mechanisms, and its conclusions. Many fear its ineluctable power, the uncompromising, sometimes dogmatic style of discourse, and its conclusions. The intrusion of mathematics as an essential tool is a barrier.

It has never been more urgent for the voting citizen to understand and appreciate the broad conclusions, if not the detailed chain of reasoning, which leads to results, sometimes counter-intuitive, or distasteful to the citizen. This general suspicion of science may be due to a disinclination to be lectured to, or a set of prejudices already in place, or the acceptance of a certain philosophy.

Reports on science for general readers are broadly described as explanatory, investigative, narratives or essays. In all cases, it is important to get the facts correctly, to read a lot, and to learn the rudiments of the statistical method.

The flow of the narrative in an article is probably the most important feature to keeping the reader interested. The second important feature is avoid the traditional temptation to present wrong, or irrelevant, material under of the pretext of objectivity. To present obviously erroneous points of view is a disservice to your reader. For instance, the virtue of extreme dilution in homoeopathy, based on no known principle, has, perhaps no place in a discussion of this dubious therapeutic procedure.

The science writer has to understand the technical jargon in which most professionals couch their conclusions, and report them in a form suitable for the short attention-span of the reader. This feat requires concentration on the topic. One advantage over general articles or political discussions is important. It is often not required to make concessions to the reader’s preconceived views, if they are not correct. But the reporter has the responsibility to play fair. The negative fallout of an industry, a procedure, due to wrong premises should not be denied, in favour of vested interests. The scientific endeavour implies honesty. 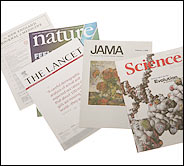 This interest in science has led to an immense volume of popular writing, and the value of the decisions made by an informed public on these developments has now been recognized by most regimes. The quip that refers to an air-hostess on the Aeroflot, who asked if a physicist, “or else, a doctor”, was available, when a passenger fell sick, testifies to the respect accorded to science in some regimes.

In conclusion, several universities now offer courses in science writing, and the National Association of Science Writers, in the USA, was inaugurated in 1934. Similar organizations and mid-career fellowships for interaction among such professionals are an urgent necessity.

The importance of the role of the science editor, or writer, in building up a body of information and, perhaps, an attitude, in favor of the vital importance of the method of scientific research will do much to clear the immense tradition of deleterious and erroneous ideas which obscure our thinking , and hold back our adoption of a clear, objective point of view, which is so essential in approaching the urgent and pressing problems of human interaction in India, and the world. The alternative is to wallow in self-satisfied error, leading perhaps to conflict, or war. We now have a tool to stave off the dangerous decline in living standards which seems likely, but only if we know or learn more of the scientific method. Hence the importance of the science writer!

I have a D.es Sc from the Radium Institute, Paris, and my research guides were Mme Irene Joliot Curie ans Frederic Joliot. My work has been in neutron scattering and solid state, and I have worked in India, France and the USA.