In India, the Ministry of Health and Family Welfare (MOHFW) through its various programs and schemes such as the “Reproductive and Child Health” program pledges to provide essential and basic maternal healthcare services. This is largely due to the dismal status of health of women and children in our country. India’s neonatal, infant, under 5 [children], and maternal mortality rates are worst than what we see for South-East Asian countries around us. Maternal healthcare which is prescribed as essential includes: three antenatal care check-ups (ANC), two tetanus toxoid injections (TT), a hundred iron folic acids tablets (IFA), delivery with the assistance of a skilled birth attendant (SBA), and contraceptives for fertility control. The services are provided at various health centres in the community as well as door-to-door by healthcare professionals such as the Auxiliary Nurse Midwives (ANMs), Anganwadi Workers and Multipurpose Health Workers. 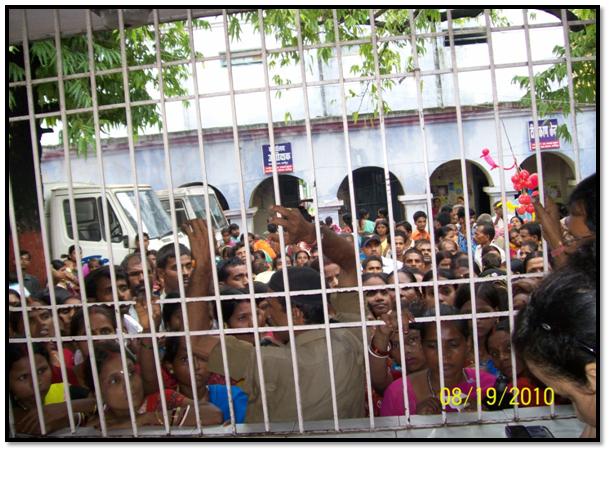 Such programs have been around for more than half a century and their design and description makes us believe that they should be successful in at least ensuring the availability of these services if not checking the mortality rates. Unfortunately, this is not the case. Over the years, innumerable studies have shown that the services are under utilized (<30%) and women continue to underrate benefits of pregnancy care. Several reasons such as poverty, illiteracy, parity, religion, dysfunctional health system, etc., have been identified. At the same time, caste has been found by many researchers as another key determinant but surprisingly this factor is rarely examined in-depth. It is argued that caste and poverty are synonymous; implying that since most lower caste women are poor and poverty is a key determinant there is no need to brood over caste as a crucial and an independent determinant. The underlying premise vended here is that once everyone becomes rich, lower caste will also become rich and all problems will be resolved.

The above-stated utopian explanation is hard to accept and merits enquiry. In the late 1990s, a study in ~30 villages of Maitha block in Kanpur Dehat, Uttar Pradesh (UP) was conducted to see if maternal healthcare services utilization varied by caste in an extremely caste conscious society. Maitha block is a typical rural community in UP where poverty, ignorance, and a complicated caste hierarchy is the way of life. In most rural communities we see presence of various healthcare professionals; above-mentioned government healthcare providers, doctors, quacks, healers, Dai, etc. In Maitha also, all these healthcare providers are present but in terms of pregnancy care the complexity of providers is worth mentioning. It is interesting to note that other than the Dai who belongs to lower caste and assists with the delivery of the baby (massages the womb, holds the baby when the baby is coming out, bathes the baby after birth and gives the baby to the mother), there is also Dhankun who belongs to the lowest caste and her role is reserved for tasks considered to be dirtiest such as disposal of the placenta, cleaning of the vagina, cleaning of the blood soaked clothes and floor, and cutting of the umbilical cord. Access to this wide variety of providers depends on one’s caste and class status. Lowest caste women such as Dhankun cannot expect a Dai or upper caste nurse or doctor to come to her house and help her deliver the baby, dispose off the placenta, clean her and her baby, etc. Lower and lowest caste women settle for what is available at home or within their caste community, which is usually the unskilled providers. This study revealed that upper caste women were 5 times more likely to be attended by skilled/trained birth attendants (ANMs, doctors, and nurses) and Dai and Dhankun compared to the lower caste women. The practice of untouchability and caste discrimination is starkly visible.

Other than the delivery care, this study also showed that ANC, TT, and contraceptives were also disproportionately utilized by upper caste women than the lower caste women. Interestingly, IFA were equally utilized by both upper and lower caste women. Again, it is inevitable to comment on the role of untouchability while examining these mixed findings. Sadly, the nature of service delivery explains the contrasting and complex mechanics. When a woman is provided ANC, TT, and contraceptives (copper-t, tubectomy/sterilization are the most preferred contraceptive choice in India whereas condoms, oral pills, etc., are used <5%) the provider [reluctantly] establishes physical contact, whereas, IFA tablets can be dispensed without any physical contact between two individuals.

These study findings are disheartening and disturbing. Here it is very pertinent to mention that the study took into consideration other socio-demographic (poverty, literacy, parity, etc.) factors in order to confirm that caste was indeed a significant independent determinant. It was found that other than caste only maternal literacy was another critical determinant but no matter which factors were added to the statistical model the caste factor continued to influence healthcare utilization in favour of the upper caste women.

It was difficult to come to terms with the stark reality of caste discrimination after 50+yrs of independence in our society through this study. Fellow researchers commented that this is not merely discrimination it is genocide. I disputed, I denied, I defended but lost the argument when it became evident to me how our society is discreetly executing mechanics to slowly but steadily efface certain people because they happen to belong to a caste group we despise but can not do without. The morbid health status will push them to mortal state… it’s just a matter of time. We all are party to this genocide some consciously and proactively other passively.

Health programs in our country do not address the issue of caste discrimination for the reasons best known to the MOHFW only, I presume. Healthcare providers are trained and educated in various streams like clinical skills, data management, counselling, etc., but no training or workshops are held to sensitize them towards eradication of caste discrimination or promotion of health equity. Such training requirements will not find a place in the annual health plans of the States unless researchers tirelessly demonstrate that caste discrimination persists and influence our health indicators. The study in Maitha revealed that 4 out of 5 critical healthcare services were disproportionally utilized across caste groups yet such evidence will be considered weak and rare. Like all other Ministries MOHFW is also crowded with upper caste bureaucrats who deny caste disparities and would be reluctant to allocate budgets for such sensitization programs. It is an uphill task indeed but unless policies are put in place not much can be achieved since lower caste women do not consider themselves worthy of maternal care, they do not demand healthcare from their family members let alone from the healthcare providers. In such a scenario it is imprudent to expect a wave of change to advance from a village(s) and emancipate all.