Perambur of all places in Chennai isn’t the best place to be around, specifically should you have intentions for executing thought based actions and induce rationality whilst decision making or for that matter, merely survive or make unseemingly funny attempts at it while being bedmates with cerebral palsy. Should your instinctive temperament immediately cause you to raise questions like “Then how on earth did you survive?” I shall be exceedingly delighted to answer such profound questions of this universe, over a couple of large Grey Goose at your expense, once the new 7 star hotel the city of Chennai desperately needs, has been constructed and the bar doors are open. However such a deal may come with the clause that post my 3rd large of vodka, the possibility of me saying anything making sense, is pretty much equivalent to Deepak Chopra discussing quantum physics with Stephen Hawking.

What is more obscene? Being born into a Tamil Brahmin family where the idea of bramhinical superiority is piped down to your head from day one or be inspired by the stories of your grandfather’s bible teacher in the Ooty convent school that he studied and thereby volunteering to sing center main for the Anglo-Indian schools choir for 9 odd years and top it up with bible studies while passing every bible exam with a distinction? My frontal cortex fails to comprehend and arrive at an explanation till date. Nevertheless, back here in 2012 the greatest inspiration for implementing the most successful business model and an almost fool proof strategy for revenue generation, I shall award, to the Christian Church. However, my only disappointment is that, they failed miserably to convert me to their clan, even while I had appetite in abundance to consume intellectual fecal matter with excruciating joy and contentment. 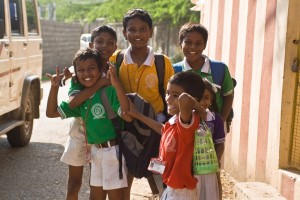 As the good samaritan I have always tried to be in life, I thought I would take a couple of minutes from my very short and precious life (to spend in futility, probably) trying to improve your organizations strategy which may help the church achieve a better, result oriented performance. You see, human memory is mostly relative but there are certain specific sections of it that are photographic, in nature. Like everyone else, some of these photographic memories I have that are associated with my school and the church that I went to, are sadly not so very pleasant enough for the occasional reconciliation of one’s childhood memories. I would throw light into some of these memories, perhaps which experts of the theistic order can utilize to their organizations advantage and prevent repetitions of such trivial mistakes, which might perhaps in the long run throw some positive light on the clergy and the ideology and accommodate more people into their order.

Considering the fact I’m not someone you could classify as a highly intelligent individual I would retort not, to desperate measures about what your organization should do. Instead I will merely try and use common sense to point out, what certainly one should not do in the larger interest of your intentions that seem to be at stake.

I guess that’s pretty much it, as of now. 10 amendments, like I would call it in true infidel style. There is no harm trying it, seriously.

I'm an Infidel and i preach blasphemy. I deny the holy spirit in all forms, except when im at the pub where i consume highly spirited things...