We have encountered Dr. B.M. Hegde’s writing at Nirmukta before – he contributes regularly to the “Open Page” of The Hindu (see the full list of articles at the end) and they follow a similar pattern – an assortment of scare-mongering, pseudo-science and logical fallacies, coupled with a promotion of “complementary and alternative” (CAM) medicine. Every time we link one of his articles in our facebook groups, we’re inundated with furious comments tearing the article apart. We even published a rebuttal to his previous article here – A Response to Dr. B.M. Hegde – an article that to date has nearly a 100 comments, many of them by CAM proponents. His most recent article appeared in the Open Page today – Is science another of those fanatical religions?. Let’s take a look at his latest salvo. 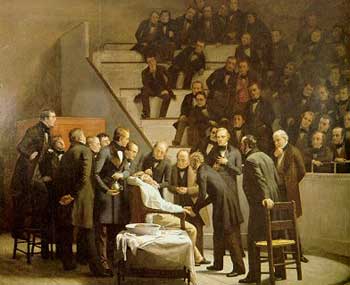 He begins with a standard appeal to antiquity – ancient science in India, China and Egypt were good, while modern science is “materialistic” and bad. Along the way he throws in a straw argument that science is sold as “the only human route to human wisdom”, to the “exclusion of all other fields of knowledge”. Wrong. Natural science (including medical science) is essentially about seeking natural explanations to the universe we live in. Social sciences deal with the study of human life. The field of philosophy is somewhat related to natural science, but warrants a place of its own – certainly sub-fields like ethics which deal with values (as opposed to facts) – are not related to natural science, though scientific endeavour can undoubtedly help – facts can inform values. As for sources of knowledge, this short and very readable Philosophy With Selvi article on epistemology is worth a read. You get the picture I hope – there are many fields of study, and natural science is one of them. But I suspect that what he is actually complaining about when he says “science is the be-all and end-all” is that his brand of CAM pseudo-science is shunned by science. Perhaps this is why he says “There is no debate in this arena. As long as there is no debate, there will be no progress”. No debate? Go tell a real scientist “there’s no debate in your field” and you’re bound to get a funny look. Again, what Dr. Hegde is probably talking about is there is no debate about CAM being allowed. This is false too – there is plenty of debate, and plenty of testing, and CAM has by-and-large failed the tests of science-based medicine – plausibility plus evidence of efficacy. That’s why there is little room at the table for CAM, not because of some big bad conspiracy by “the Nobels, the big-time grant collectors, the fat CV holders, the FRSs, the sarkari scientists”. But of course, since “science-based medicine” has the word “science” in it, Dr. Hegde would reject it outright and revert to his “science isn’t everything” line, and round and round we go. He then quotes a study by Gary Null which claimed to show that “the whole establishment of modern medicine, in its present avatar, is the leading killer in that country”. This study was nothing but plain scare-mongering, and you can find an explanation at the SBM website here – Science-based medicine and improving patient safety and quality of care.

Next up, Dr. Hegde spends some time examining whether modern medicine has had a beneficial effect on humankind. He starts by claiming that increased life span is a lie, and that “the truth is it is not life span but life expectancy, a statistical term used to mislead people”. This is a strange point, in fact I’m not even sure what the point is – you can measure life expectancy at birth, as well as life expectancy starting from later stages in life – here’s some data from the CDC in the US which looks at life expectancy at birth (where it’s 78.5 years), and then at the age of 65 (where it drops to 19.2). In any case, Dr. Hegde then says in the very next sentence that yes, people are living longer, but – and this is a truly astonishing claim – “the contribution of modern medicine in this area is negligible” (italics mine).

To support his claim, he gives two examples, which ironically contradict his claim instead of supporting it. The first example is that of Florence Nightingale, who had a ground-breaking contribution to medicine with her improvements to sanitation in hospitals. As this article explains,

More significantly, she sought to improve sanitary conditions in the medical facilities.  She proved her case through statistical analysis, using what she called “coxcombs,” now known as “polar-area diagrams.”  Her proof of the effectiveness of proper hygiene for the recovery from wounds and disease led to a reform of the entire military hospital system.

This is science. Why does Dr. Hegde think it doesn’t count as science? I suspect it is a case of something CAM proponents do all the time – take legitimate aspects of modern medicine, like sanitation, hygiene, exercise and preventive medicine, and claim them as “complementary” medicine. The second example is also related to sanitation – the obstetrician Ignaz Semmelweiss, who found that hand washing by birth attendants eliminated puerperal sepsis, the leading cause of maternal death. Again, why does Dr. Hegde think this isn’t science, or modern medicine? It took place in the year 1847 – a good deal more “modern” than the ancient pre-scientific remedies he trumpets. I urge Dr. Hegde to read this fantastic article called Two Hundred Years of Surgery by Atul Gawande in the NEJM. It is a telling reminder of how far we have progressed, because of – you guessed it – modern medicine. He also talks about the contributions of Semmelweis (and later, Joseph Lister with his carbolic acid) in antisepsis – the prevention of wound infections. Again, this is all medical science. Here is another example from me now, of modern medical science’s achievements in improving human life expectancy – Smallpox:

Smallpox was one of the world’s most devastating diseases, and its eradication one of medicine’s most spectacular successes. Over the course of a couple of centuries, this disease went from killing and maiming millions (200-500 million in the 20th century alone), from helping to depopulate the Americas of their original populations, to an historical artifact. 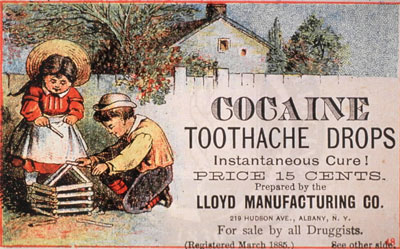 1885 US ad for "Cocaine Toothache Drops" for children. In the nineteenth century many substances like cocaine were used as medicines, some of which are now known to be harmful over the long term, such as mercury and lead. They required no prescription. (Image courtesy University of Victoria)

Here is an article on the progress of modern medicine in cardiac care, something Dr. Hegde must be familiar with – A Tale of Coronary Artery Disease and Myocardial Infarction. Here is another article, on progress in combating infectious diseases, The Perpetual Challenge of Infectious Diseases, which says:

We are living in a remarkable era. Almost all the major advances in understanding and controlling infectious diseases have occurred during the past two centuries, and momentous successes continue to accrue. These breakthroughs in the prevention, treatment, control, elimination, and potential eradication of infectious diseases are among the most important advances in the history of medicine. Nevertheless, because of the evolutionary capacity of infectious pathogens to adapt to new ecologic niches created by human endeavor, as well as to pressures directed at their elimination, we will always confront new or reemerging infectious threats. Our successes in meeting these threats have come not just from isolated scientific triumphs but also from broad approaches that complement the battle against infectious diseases on many different fronts, including constant surveillance of the microbial landscape, clinical and public health efforts, and efficient translation of new discoveries into disease-control applications.

I included this quote for a reason, for I think it touches on one reason why CAM proponents fight against science – because despite progress, we still have problems. Somehow, they use that to undermine medical science itself – a conclusion that simply does not follow. Just because we have antibiotic-resistant TB germs does not mean the science of antibiotics needs to be thrown out.

Also, I think CAM proponents/science nay-sayers need to realise something – vices like greed, corruption and incompetence exist in every human endeavour, not just medical science. They are present in the CAM industry too. It is not as if scientists are not aware of the problems they are facing – they do not need CAM proponents to point out these problems, they are doing this themselves. Read Atul Gawande’s book “Better: A Surgeon’s Notes on Performance”, where he talks about various ways in which the practice of surgery can be improved (including a chapter on washing hands, Dr. Hegde will be glad to note!). It’s not as if the community is not aware of the problem of over-prescribing antibiotics – here is a CDC effort called Get Smart: Antibiotics Aren’t Always the Answer. The situation with tuberculosis is dramatically better than it was a century ago, but scientists are still aware of the problems they are facing. The epidemiologist John Ioannidis has done ground-breaking work on critically examining research studies, and has shown how most of the results are false – but at the same time he is trying to find ways to change this (see the last section of the editorial, called “How can we improve the situation?”) In all these cases, scientists are finding problems with their work, and finding ways to fix them – this is what people mean when they talk about the “self-correcting” nature of the scientific method. Dr. Hegde is noticeably not doing this, despite his protestations to the contrary. Instead, his articles undermine science and sow seeds of fear in people’s minds, and they offer as a replacement remedies that are orders of magnitude less scientific and less proven. He concludes by saying “There are equally good, if not better, methods to human wisdom”; he doesn’t say what these methods are but based on his earlier articles, one can guess he is talking about CAM. He is wrong.

Modern medicine has forgotten the essence of illness care November 7, 2010

Where the prescription looks like the laundry list! December 5, 2010
– Rebuttal by Arun N.M. – Don’t throw the baby out with the bathwater

Euthanasia: where angels fear to tread… (he is anti-euthanisia, unsurprisingly) March 13, 2011