Around 300 BCE, the pacifist Emperor Ashoka proposed alternative punishments to the death penalty in India., but did not ban it.

In Japan the death penalty was abolished in 818 AD by Emperor Saga and this lasted for 338 years until 1156.

Between the 9th and the 13th centuries, the Ukraine based Kiev Rus mostly replaced the death penalty with banishment, or payment of a fine.

China which today executes more people than the rest of the world put together once had a brief no death penalty phase between 1747 and 1759.

The Grand Duke Leopold II of Habsburg was so influenced by Cesare Beccaria’s 1764 work Dei Delitti e Delle Pene (On Crimes and Punishments), that he abolished the death penalty in the then-independent Grand Duchy of Tuscany.

In the US – a country where guns are freely available and where well over 20,000 persons have been killed by the state since 1608 –Illinois state banned the death penalty in 2011, Oregon adopted a moratorium on executions, Maryland and Connecticut are close to banning them, and California is likely to put a referendum on the state ballot in November that could abolish the death penalty.

While Iran routinely executes people for crimes committed as children, the US Supreme Court stopped this as a cruel and unusual punishment in 2005 in its judgement in Roper v Simmons.

The 2008 Maryland Commission on Capital Punishment commissioned the most comprehensive study of the US system. The report, which consolidated the results of 14 other studies and examined more cases than previous analyses, concluded that murderers sentenced to death will end up costing taxpayers three times more over the length of the case than if they were sentenced to life without parole.In a case that is eligible for the death penalty but where it’s not sought and the sentence is life without the possibility of parole, the average cost to the US taxpayer is $1.1m. But where a death sentence is given, the case in its entirety will cost an average of $3m.

By contrast, the cost of a death penalty-eligible case where death is sought but not awarded by the court is $1.8m.

In a most recent decision a court in the US has banned the import of Sodium Thiopental into the US on ‘health considerations’ of the person about to be executed. There is not enough drug now in the country to carryout executions. The judge must have read Orwell’s moving essay ‘A Hanging‘. 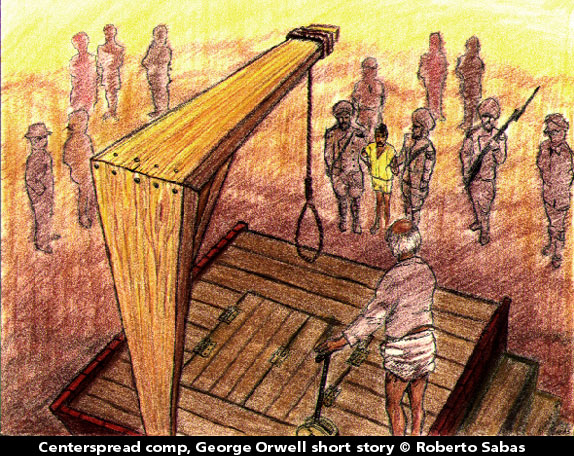 Chandigarh Sessions Court’s instruction to the SP of Patiala Central Jail to implement the scheduled execution of Balwant Singh Rajoana on 31 March has revived the debate on the death penalty in India. Rajoana was the back-up human bomb when Punjab CM Beant Singh was assassinated in 1995. Rajoana never appealed for mercy, but clemency petitions filed by the Punjab government and by Sikh groups who consider the unrepentant Rajoana a living martyr to the cause of the Sikh nation have led to a further postponement of the execution.

While some political groups bay for the blood of convicts they dislike (Afzal Guru and Pakistani terrorist Ajmal Kasab), and others ask for clemency for those they support (Sri Lankan nationals convicted in the Rajiv Gandhi assassination case — Murugan, Santhan and Perarivalan), on 29 March the Supreme Court of India took notice of death row politics in the country and asked some uncomfortable questions as regards clemency petitions and procedures. This is of great significance as there are currently 18 clemency petitions with the President’s office and over 300 people are on death row in the country.

In India, the crimes of murder, gang robbery with murder, abetting the suicide of a child or insane person, waging war against the nation, abetting mutiny by a member of the armed forces and large scale narcotics trafficking are eligible for the death penalty. The SC which in 1983 instructed that the death penalty should be imposed only in the ‘rarest of rare’ cases has recently recommended the death penalty for police officials who stage false encounter killings and for those who commit honor killings.

Is the death penalty a moral abomination or an effective deterrent of violent crime? Is it better for society to incarcerate a dangerous criminal forever, or is the ultimate punishment more justified for heinous crimes? How safe are death penalty convictions?

Providing a backdrop to the death penalty debate in India was Amnesty International’s latest report on the global use of the death penalty in 2011. The report recorded the positive trend that only 20 of the world’s 198 countries carried out an execution in 2011; 96 countries did away with it while 34 countries have been abolitionist in practice by observing official or unofficial moratoria. India has been abolitionist — the last execution took place in 2004.

From a distance, it appears that the world is slowly moving towards a more civilised system of criminal justice. In 1971 the UN General Assembly called for a restriction on the number of offences for which the death penalty could be imposed, with a view to abolishing it altogether. This will of the global community was reiterated in 1977 and again in 2010 in UN Resolutions with ever growing support from member nations. Today, no country can become a member of the Council of Europe or of the European Union unless they abandon the death penalty. Some African countries like Angola, Djibouti, Mozambique, Namibia and South Africa have abolished capital punishment. Gabon is the latest to join their ranks.

From close, the picture is less attractive. India, along with the US, Saudi Arabia and China, did not support the UN resolutions and more than 60 per cent of the world’s population today lives in regimes where the death penalty is still legal — 18,750 people remain under sentence of death worldwide, and at least 676 people were executed in the year. These figures exclude the statistics for China which keeps executions secret, but is believed to execute thousands of people every year. A sharp rise in the use of the death penalty was noted specially in Iran, Iraq and Saudi Arabia, who along with the US and China are the world’s top executioners.

Despite its wide spread use, can the death penalty ever be justified?

Article 5 of the Universal Declaration of Human Rights, that moral Magna Carta which sets universal standards for the global civilisation and in whose formulation India played an important role, affirms: No one shall be subjected to torture or to cruel, inhuman or degrading treatment or punishment. The infliction of death as punishment is indeed a cruel and unusual form of punishment. It is in the spirit of retribution, not rehabilitation and militates against modern standards of justice.

From flaying alive to boiling in oil to the executioner’s axe, from the hangman’s noose to the lethal injection, the death penalty has seen many barbarous refinements, but has only inflicted pointless pain where a less severe punishment could have achieved the same purpose. As Victor Hugo pointed out, it is irrevocable, irreparable and indissoluble and hence has no place in human law. In Franz Kafka’s nameless Penal Colony the death machine kills the guard himself in the name of justice, in the same way that every death penalty kills our humanity and brutalises our society.

The time has come to hang the death penalty, not humans.

– The phrase ‘inflicted pointless pain where a less severe punishment could have achieved the same purpose’ is from the Furman v Geogia judgement.

Editor’s note: A part of this article first appeared in The Postnoon.