Ever since “Elevatorgate” broke earlier this year, there has been an increased focus on the prevailing sexism within the atheist community. The fallout caused by this incident has been fueled by persistent hostility towards Rebecca Watson and people who support her. The problem is very much alive, dividing freethinkers into two broad camps – those who think sexism is a real problem in our community and those who disagree (at least in the West). A recent spate of articles about harassment of women online show us that hate-filled verbal abuse directed against women and anyone who speaks out against sexism, is universal.

This article is a statement of solidarity with Rebecca Watson, Jen McCreight and others who have spoken out against misogyny and sexism in the atheist and freethought community.

How does the issue affect those of us in India and the developing world? There seems to be a general perception amongst some atheists in the West that feminism is now only relevant to communities in the developing world. It is certainly true that misogyny is rampant in the developing world. But this in no way diminishes the very real misogyny that American women (for instance) also experience. Indulging in oppression olympics is typically a silencing tactic, one that deserves to be called out.

On Nirmukta’s social networks on Facebook, we run into our own home-grown sexists – the ones with the propensity to call a woman a “bitch” the moment she says something that is unacceptable to them; the tendency to sexualise women as either doormats or devis; the ones who glorify motherhood to the point of nausea and others who regularly commit the just world fallacy: “there is no need for feminism, all we need is equality”.

Such people are probably thinking, “so what? What does any of that have to do with atheism?”

Here’s the thing. We at Nirmukta are more than just atheists – we are Secular Humanists. Secular Humanism is a life stance that combines naturalism with a strong commitment to ethics, justice and human happiness. Feminism is one of the many causes under this umbrella, along with anti-racism, anti-casteism and so on. In the article linked above, Tom Flynn explains his stance nicely, saying:

“When people ask me whether I’m an atheist, I say, ‘Yes, but that’s just the beginning’”.

Harassment and abuse directed against other members is considered grounds for strong moderation in the Nirmukta forum and facebook groups. This is an example of behaviour that would lead to an immediate ban in any of Nirmukta’s online community forums. Sometimes a warning or ban seems harsh – after all, the person might be a smart atheist who’s contributed well in other threads. But our humanistic principles mean that we do what’s best for the community. We have lost a few members due to such policies, but the force of our convictions has already turned around several brilliant atheists who were previously unaware of the way systemic forces work to perpetuate a culture that reinforces the dynamic between the oppressor and the oppressed. We have people who were wary of feminism as recently as a year ago, now self-identifying as proud feminists. Nirmukta members strive to create an ambience where people are confident to express themselves without being made to feel vulnerable. This means that we do not tolerate violence in language or derailing tactics that are commonly employed. It is part of our stated purpose to make sure our community is a safe space not only for women but also for LGBTQ folk and other marginalized groups. 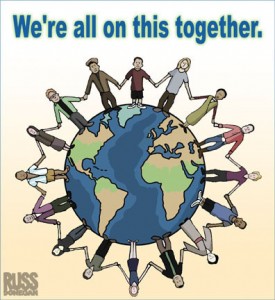 In addition to strong moderation, all Nirmukta members are encouraged to look for and challenge subtler, often subconscious instances of privilege and bias. For example, here is an incident where questioning an all-male admin team on an atheist group led to a heated discussion about why such a thing should not be acceptable, as well as further discussion in our own group about male privilege (some members were exposed to such a discussion for the first time). There have been other incidents in our groups – rape apologetics and victim-blaming in incidents of rape/sexual harassment for example – where we have taken strong action. Actively and consistently challenging such behaviour – whether it be sexism, racism or some other form of oppression – is the right thing to do, and it is also the best way for our movement to grow without repeating the mistakes of other movements. A humanistic atheist-freethought movement is the only one worth having.

As Freethinkers with a humanistic agenda, our concerted efforts to promote science/skepticism and criticize superstition/religion is not just a matter of intellectual pursuit, but is rather central to our commitment to social justice. It is incumbent upon us all to practice self-examination – to recognize our biases and acknowledge and correct for them. It is also necessary for us to speak out in support of those whose voices are being shut out, and to stand up for an ethics of reason and compassion, in opposition to that fraction within the broader movement who stand in our way to a fully progressive and freethinking society.