Following is a paragraph-wise response to Sri Sri Ravi Shankar’s counterpoint above.

Unfortunately for Sri Sri, we do not get to vote on truth. A million votes cannot ratify a hoax into a truth. If it is millions that count, on what basis does Sri Sri dismiss ideas like houris in paradise or ambrosia dining halls on Olympus, when each idea at some point had millions of believers?

A list of ‘Hindu spiritual leaders’ comprising Gandhi, Vivekananda and Aurobindo is a conveniently cherrypicked one, conveniently excluding Nityananda of CD infamy, Jayendra Saraswati facing abetment of murder charges and Jaggi Vasudev facing accusations of the murder of his spouse. Gandhi, Vivekananda and Aurobindo are being trotted out as human shields as it were to protect obvious wrongdoers in spiritual garb from the long arm of the law.

Spiritualists offering a joy ‘that does not end’ nevertheless are confined to offering time-tabled and hence time-bound meditation courses and retreats. If they insist that there are lingering persisting, long-term benefits, then they must be willing to present empirical data rather than making their techniques proprietary and bound under non-disclosure agreements.

Reel-life and the afterlife are different in one crucial respect. Reel-life is agreed upon to be a fiction and is often accompanied by disclaimers of the sort the faithful never associate with the afterlife. If Sri Sri is willing to say about the afterlife that “All experiences and events purported to belong to the afterlife are products of the human imagination and any resemblance to reality is purely contrived”, that would take the wind out of the sails of most atheist critics.

Sri Sri insists that one should have spent time in an ashram in order to comment on their function and critique their role in society. Let us, as an exercise, replace ‘ashram’ in the preceding sentence with ‘madrasa’ or ‘gulag’ or ‘rave party’ and ask ourselves if this demand of his makes sense. We are as entitled to comment on ashram products seizing airtime and influencing public policy, as we are to criticize madrasa products causing law and order issues, without having to step into either.

Overconsumption and tasteless ostentation are legitimate objects of critique on both economic and aesthetic grounds. To dismiss all such criticism as the ravings of bloodthirsty radicals and to suggest that wealth-creators are immune to reproach, is not only a gross mischaracterization but a further disservice to what is a very inequitable society.

‘Argument‘ is possible without ‘putting down‘. To be bereft of any convincing arguments and also of the finesse to articulate them in a civil fashion, and then explain away that stunned and awkward silence as an expression of politeness, amounts to making a virtue of a necessity.

It is naive in the extreme to wish whistle-blowing to be a musically pleasing exercise. It is going to be jarring, shrill and unnerving. Complaining about the noisy whistle-blowing rather than openly secret crimes, renders one’s bona fides suspect.

Religious evangelism as a means of expanding political influence overseas is a medieval idea belonging to the Dark Ages with a bloody history, that only those with a totalitarian, theocratic mindset would look back on approvingly.

Speaking of poverty, squalor and suffering as disguised blessings,  from pulpits of undisguised opulence without any trace of irony, comes easy to so many spokespersons of spirituality. To treat royal patronage as essential to sustain spiritual practice, amounts to a confession that this their profession is not conviction-driven but commercially driven and as beholden to venture capital. 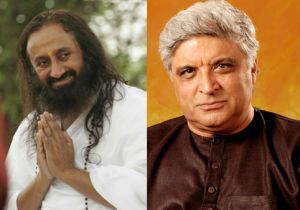 Declining to respond to critics on grounds that the critics will fail to comprehend any arguments, is not only smug and patronizing but an abject admission of failure on part of those who claim to have a universal teaching that can be brought within the reach of everyone.

Arms, drugs and spirituality have all at different times shown to be prone to subversion by vested interests in order to keep the masses subjugated either in thrall or by threats, and well-meaning citizens are understandably wary of all three.

Offering to victims of terror, oppression and deprivation the counsel to ‘suffer in silence’ and snatch from the beleaguered and bereaved an unearned, unrepentant forgiveness for their oppressors; is a callous way of adding condescending insult to grievous injury. There can be no reconciliation without truth and the truth ought to be sought, raising our voice and ruining the trances of the spiritualists if need be.

Freethinkers have two choices: to participate in the conspiracy of silence or speak out for truth. We choose the latter.