The adherents of Sunni Islam have been vocal in criticizing the Shia practice of temporary marriage called Muttah. This form of marriage is a valid part of the Shia doctrine and is being followed predominantly in Iran and several parts of Iraq after the fall of Saddam Hussain. However it might come as a surprise that a similar type of marriage also exists in Sunni Islam. It is known as Misyar or traveler’s marriage. It is carried out in Sunni majority countries, specifically Saudi Arabia, Egypt and Syria.

A Muttah marriage is conducted in absence of any witnesses. Allah and the Koran are considered as witnesses. Muttah also has a predetermined date of expiry. In Misyar, presence of two adult male witnesses is mandatory. However it does not carry a preset date of termination.

In Misyar, both husband and the wife retain their homes and arrange for visits for a certain number of nights. The husband gives up his right to unlimited sexual access. The wife predictably relinquishes a lot more, including her right to maintenance money, housing as well as equal attention by the husband (in case of polygamy.) Moreover the custody of children born out of such a union goes to the husband or his family after age seven. The Muslim marriage is already skewed heavily in favor of men. However a provisional arrangement such as Misyar completely destroys the fundamentals of a family life whereby a husband completely relieves himself of family responsibilities.

The proponents of Misyar argue that such an understanding can meet the needs of young people with limited resources to afford a separate home, of spinsters, widows and widowers. It also fits the needs of a conservative Islamic society wherein people can be sentenced by law for fornication and other sexual deviances. However,the irony of this argument is that instead of creating viable economic opportunities; a lower form of marriage has been invented. This system fails to address the inherent gender inequalities in which widows and divorcees are relegated to a lower form and the only option for them to have male companionship is through abandoning their rights. The sociological effects on the women who are treated as unworthy individuals also remain unanswered.

Further support for such a marriage is derived from its legal angle. Islamic scholars argue that this marriage needs to be assessed on the grounds that it is actually a contract in which rights and obligations of both the parties have been explicitly laid down and hence known and agreed by all. The basis of the legal argument is that such a contract automatically becomes valid and binding since the terms are clear, consented to by both the parties and within the boundaries laid down by the religion. 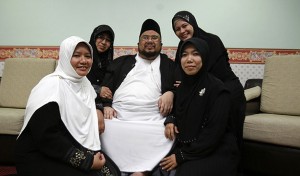 However this sort of reasoning makes no mention of the completely unequal bargaining powers of the two parties and the fact that the woman has almost no power to insist on the conditions specified in such a contract. The fact that a women agrees to a marriage which provides her with almost no rights compared to what she would be entitled to otherwise, is clear evidence of her lower bargaining position. By evaluating such a contract entirely as a legal document to which the two parties have consented is to completely ignore the inherent gender inequalities which actually led to the creation of such a legal instrument.

Moreover, the societal consequences for children born out of such a union can be utterly devastating. A home from which a father is absent for no apparent reason can have a deep psychological impact on young impressionable minds. The situation for the woman can become worse if the wife is abandoned or renounced by her Misyar husband. This can also result in her having to raise kids as a single mother with hardly any means of subsistence. Additionally, since a Misyar marriage does not have an expiry date, the woman cannot marry another man unless she is divorced by her Misyar husband.

There are other reasons that force women to cave into such destructive choices. In 2008, Saudi Arabia had around 200,000 women who received no support from their blood relatives. The requirement of the Saudi government for these women to produce Mehrams who would provide them with permission to work or travel often compel them to enter into Misyar marriages for the only purpose of earning a livelihood or gaining permission for travel.

Although legal loopholes have been developed to justify the act of temporary marriages, these marriages are no better than a legalized form of prostitution.  The victim in every case turns out to be a woman with little or no say. Such arrangements should be discouraged and steps need to be taken to completely eradicate this menace.