Editor’s Note: This is the second part of “Mind’s Matter”, a series by Dr. Jonathan Pararajasingham exploring the Neurobiological basis of behaviour.

Given the irrevocable reason-induced corrosion of religious justifications for morality, and the belief that there is a fixed, immutable human nature or conscience, it is perhaps of no surprise that some ethicists would look to the brain for answers to fundamental questions in ethics. But traditional formulations of ethics have held it to be axiomatic that if (human) behaviours are to be classified as either “good” or “bad”, i.e. if a system of ethics is to be constructed, then this system must hold that human actions are the result of free will, that they be the result of free, conscious intent. Research in neuroscience has given serious doubt however as to the axiomatic status of free will.

Indeed, some researchers have dispensed with the notion all together, speaking of an “illusion” of conscious will. If one examines this research with an open yet sceptical mind, one will discover a rich source of ideas, supported by empirical data that enables us to begin the construction of a system of ethics that is grounded entirely in neuroscience. The system has been referred to as `neuroethics’, and has attracted the attention of some philosophers and many in the legal profession. Neuroethics may allude to an unnerving perspective of human nature and personal identity, but it provides the toughest building blocks for constructing truly rational and scientific foundation for ethics.

The seven deadly sins or cardinal sins have had a long history of modification and editing over the centuries, from their initial descriptions dating back to around the 4th century, to their current known form first proposed by Pope Gregory I. So what can modern science tell us about each of these vices? Let us examine them each in turn.

Can neuroscience explain the reason that some individuals crave wealth, even though they would have neither the time nor the energy to enjoy it? Certain regions of the brain have been identified as being involved in monetary decision-making. These include the hippocampus, prefrontal cortex and the anterior cingulate cortex. In addition, there is involvement of parts of the emotional centres such as the amygdala, which is involved in ‘conditioned fear’, responding sensitively to winning and losing. MRI studies have shown that the amygdala is activated when financial losses occur. However, it has been shown that economic gains do not activate the amygdala to the same extent as losses do. Genetics and brain biology also cause a lot of variation in the response of the amygdala. Some genetic abnormalities can be responsible for some individuals to react with an excess fear when facing difficult financial decisions.

The dopamine system supplies the appropriate pleasure response when wealth is accumulated. This implies that the human brain loves risk taking, but that these risks are a matter of degree. A reward that is less predictable will result in a larger amount of dopamine produced, thus overwhelming the individual with pleasure. Money acts on different pathways of the reward system than “natural rewards”, such as food and water, and affects the brain in a similar way to certain drugs, such as cocaine. And the pleasures of dopamine (from making money), like the pleasures of cocaine, lead to an excess of behaviour in obtaining this money, which we normally refer to as greed. This greed in turn can result in uncontrolled compulsions with the result that lying, fraud, or embezzlement can become frequent strategies in the obsessive goal of obtaining more money.

Fatigue is believed to originate in the lower part of the brain, in something called the reticular activating system. While there are many overt pathologies which create fatigue in their sufferers, such as cancer or blood disorders, there are also subtle physiological conditions which may have similar effects. Pathological inactivity and apathy has links with depression, a disorder characterized by feelings of helplessness, worthlessness and hopelessness. Psychomotor retardation (slow movement secondary to metal illness) is a feature which may be interpreted as willful laziness, which may in fact be due to an underlying undiagnosed depressive illness. Other conditions such as chronic fatigue syndrome may also have genetic or physiological causes.

Gluttony when defined as a “sin” assumes that satiety is a controllable desire which becomes sinful when not appropriately controlled. Society views obesity as the undesirable physical manifestation of gluttony. However, it is widely accepted that many causes of obesity are the result of genetically-determined metabolism. Two systems may be involved in obesity: the satiety centre and the reward system, the latter of which has links with drug addiction. Brain scans have shown that increased metabolism in the right orbitofrontal cortex correlates highly with desire for food, much the same as for other types of drug addiction.

Hyperphagia (compulsive hunger) indicates a disorder of the satiety centre which controls hunger. Disorders affecting the hypothalamus such as Kleine Levin Syndrome can result in hyperphagia. There is also a clear genetic component to the control of hunger and eating, evidenced by the existence of genetic conditions such as Prader-Willi Syndrome in which patients are hyperphagic, never feeling full. Certain forms of obsessive-compulsive disorder can also manifest with symptomatic overeating.

Narcissism: The narcissistic personality disorder is characterized by exaggerated self-importance coupled with an inordinate desire to be admired, ideas of grandiosity, a strong sense of entitlement and an absence of empathy. Also present in these individuals are strong feelings of envy.

Gender variation: It has been long recognised that jealousy-related behaviours such as domestic violence and morbid jealousy are more common in males. MRI studies in Japan seem to demonstrate that men and women have different neuropsychological modules to process sexual and emotional infidelity. Men demonstrated greater activation in the brain regions involved in sexual/aggressive behaviours such as the amygdala and hypothalamus. In contrast, women demonstrated greater activation in the posterior superior temporal sulcus.

Medial prefrontal cortex (MPFC) brain imaging determined if the students accurately chose the correct emotion illustrated by the picture (according to pretest results in which a different group of students determined the emotion that best fit each photograph). The MPFC is only activated when a person either thinks about themselves or another human. When viewing a picture representing disgust, however, no significant MPFC brain activity was recorded, showing that students did not perceive members of social out-groups as human. The area was only activated when viewing photographs that elicited pride, envy, and pity. However, other brain regions – the amygdala and insula – were activated when viewing photographs of “disgusting” people and nonhuman objects.

Evidence for the neurological basis for anger comes from three areas. Firstly, experimental evidence helped to link rage to the limbic system, which includes the amygdala, hippocampus, hypothalamus, fornix, cingulate gyri and cingulate bundle. In animal models (dogs, cats, rats) the removal the frontal lobes was found to give rise to savage behaviour. Stimulation of the amygdala can produce either rage or tameness, depending on where electrodes are placed. Damage to the ventromedial nucleus of the hypothalamus also produces rage.

Clinical evidence provides a second line of evidence, where increased tendency to anger is found with conditions such as autism, schizophrenia, and certain brain tumours. Midline tumours such as third ventricular and corpus callosum tumours which involve the overlying cingulate gyri can cause either anger or apathy in patients. The brain also has an anger response mechanism which can be overriden using behavioural psychotherapy methods.

The third most striking piece of evidence comes from neurosurgery, where operations are now being effectively carried out to treat severe anger disorders. Pathological aggression can be abolished by procedures such as bilateral postero-medial hypothalamotomy, bilateral cingulotomy and amygdalotomy.

Physiological factors affecting sexual desire include production of testosterone, response to testosterone (brain structure) and libido. In addition we know that the hypothalamus is vital to the feeling of sexual desire. With a combination of high testosterone levels, increased hormonal sensitivity and a strong libido, consumption in feelings of lust may overpower restraint, possibly leading to rape or molestation if combined with violent tendencies.

Hypersexuality is a symptom of various conditions, including traumatic brain injury, mania and bipolar disorder. It also manifests in degenerative diseases such as Alzheimer’s dementia. Endocrine glands which control hormone production such as the pituitary and thyroid glands may also malfunction when taken over by tumours for example, and as a result cause effects on a person’s libido. So again, we find physiological systems controlling lust which are, as everything else, subject to natural physiological variation between individuals. 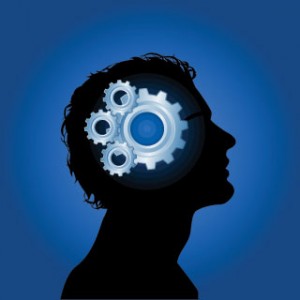 If we consider the various aspects of human nature, we find they vary, existing as they do on normally distributed curves. Some have a tendency to resort to anger quicker, others have a tendency to states of depression, and some may have more exaggerated proclivities towards feeling of envy or pride. What does this mean? Essentially, that the game is uneven from the start. Given the combined hypotheses of theism and free will, one would expect there to be a much more even playing field. People should have equal chances of straying or sinning, but it seems that this is not the case. Neurophysiology shows us that variation occurs quite naturally to produce tendencies towards certain behaviours, and neuropathology shows us the extremes of such abnormalities, where the behaviours cause more serious detriment to the person’s health and well being.

Many of our assumptions about free will and individual responsibility must be drastically revised in the light of such scientific discoveries about the brain. The debate is one which encompasses not only neuroscience and psychiatry, but also legal issues. An explosion of knowledge about the brain is occurring which will need to be factored into future legal decisions. It is now clear that hormones, nutrition, drugs, genetic anomalies, injury and trauma all have profound effects on brain biology and thus moral choices and we must keep this in mind when making judgments about ethical accountability.