A couple of years ago I was introduced to Tibetan Sound Healing, a supposedly ancient practice that involved the use of metal bowls known as “singing bowls”to “heal” people. This website, one among many that pop up when you search for “Tibetan Sound Healing”, presents the following “scientific explanation”:

“Scientifically, their magic is explained through the phenomenon of “entrainment”. This occurs when “the powerful rhythmic vibrations of one object, when projected upon a second object with similar frequencies, will cause the object to begin to vibrate in resonance with the first object.” If you believe that we carry in our bodies every trauma, every negative idea or emotion, then in energetic terms, we become “out of tune” with who we are. Each of us is meant to vibrate in harmony with our true essence.”

Tenzin Rinponche, a Tibetan mystic who has written books on various forms of ancient Tibetan “healing” techniques, is the author of Tibetan Sound Healing which helps practitioners “learn to clear obstacles on the level of the body, the energetic and emotional dimensions of being, and the spiritual consciousness”. 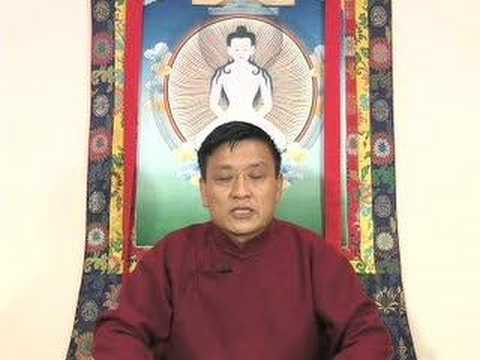 When the subject was discussed a couple of years ago on the Nirmukta Facebook group, the conversation focused mostly on the hilarity of the claims. What I didn’t know back then was how common this notion of “Sound Healing” is in different cultures, both ancient as well as modern.

What is Sound Healing?

As the name indicates, Sound Healing refers to a category of practices in which sound waves from different sources are used to allegedly heal people with various ailments, mental and physical. After my initial exposure to the Tibetan form of Sound Healing, I discovered how widespread belief in Sound Healing really is. The specific claims of the many forms of this pseudoscience vary; some forms claim to use sound vibrations to cure everything from stress to cancer, while others claim that each illness has its own frequency, and that you can have a “conversation” with the frequency of your illness using “healing frequencies”.

So as it turns out, Sound Healing is a form of quackery with the potential to be extremely dangerous (cancer cure, really?) if certain people take it seriously enough, but has somehow not received the attention it deserves from the skeptics community. One of my favorite go-to websites for a skeptical take on such pseudoscience, skepdic.org, doesn’t even have Sound Healing listed. Searching for “Sound Healing” along with the term “skeptic”, the first page of hits on google is filled with “testimonials” from people who were supposedly skeptical before becoming utterly convinced in the efficacy of Sound Healing “therapy”. So not only is there a lot of propaganda on the subject, this entire bucket of woo seems to have practically passed unnoticed under the radar of the skeptical movement!

The top prize for Sound Healing woo goes to a 38 foot high dome in the Mojave desert called the Intergratron, allegedly built “based on the design of Moses’ Tabernacle, the writings of Nikola Tesla and telepathic directions from extraterrestrials”. This website has to be seen to be believed, do check it out. The main attraction at this center of mystical nonsense is a “Sound Bath“, which the website describes as follows:

“The Sound Bath is a 30-minute sonic healing session that you can experience while resting comfortably in the Integratron’s highly resonant, multi-wave sound chamber. We play a series of quartz crystal singing bowls live, each one keyed to the energy centers or chakras of the body, where sound is nutrition for the nervous system.  Imagine lying on comfy mats in the center of this relaxing and resonant high-energy field, while having your body bathed in exquisite sound for 30 minutes. The results are waves of peace, heightened awareness, and relaxation of the mind and body.” 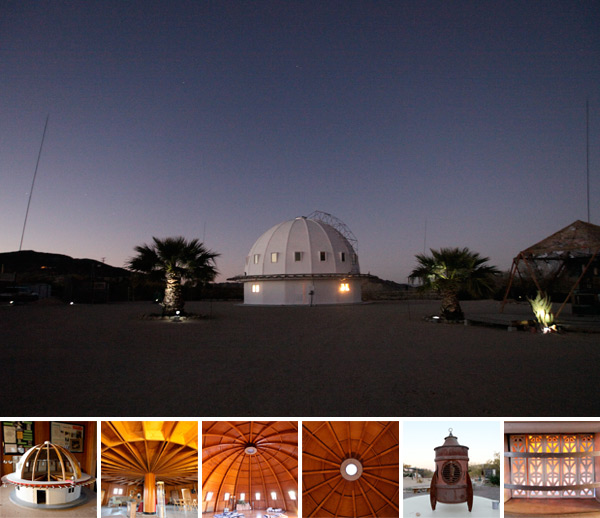 Like most pseudoscientific ideas, claims about Sound Healing are extrapolated from elementary scientific facts. A common claim is that “vibrations” are involved in healing. Sound comprises of oscillating vibrations of a certain frequency range that are transferred from a source object by a conducting medium (usually air) to the ear drums. But that’s where the science ends and the pseudoscience begins. There is no scientific evidence that sound vibrations can have curative physiological effects on clinical conditions caused by infections or systemic failure. It is likely that certain forms of sound- soothing music, for example, can lower stress. After all, music can affect our emotional state, with limited psychological changes, a fact that is capitalized on in the burgeoning field of music therapy. But much of the claims in this area are highly exaggerated, without any scientific evidence. There are websites that claim to treat various medical conditions, offering packages that are specific for the heart, kidneys, lungs, liver, muscles, intestines and even for blood pressure!

If you truly want to have your mind boggled with pseudoscientific jargon, “Vibrational Healer” Don Estes is your man. An expert in “vibration science” and author of books on the same subject, Estes is an influential figure in the Sound Healing community. Here is a description about him:

“Don Estes is a professionally trained neuroscientist who has lectured worldwide on sensory science and vibrational medicine. He is founding CEO of InnerSense Inc., and inventor of VibraSound, Sensory Resonance and other transformational technologies which have been featured on CNN, ABC, NBC, ET, Beyond 2000, Next Step, Science Frontiers, and many other media. In 1999 he published Harmonic Law: The Science of Vibration, an encyclopedia of vibrational science, which define the principles of harmonic law. In addition, the book’s master illustration, the Absolute Scale of Relative Cosmic Reality, a large wall chart that illustrates an expanded relative vibrational spectrum from gravity to the quantum. It reveals how absolute values hold the relative scale frequencies together by resolving the difference between the actual and potential components of any reality. It also lays out the progressive evolution of manifested reality and details the microstructure of music, light and sound.”

Estes’ company, Innersense, is evidence that memes such as “vibration” and “resonance” are powerful marketing ploys to sell pseudoscientific mumbo jumbo.

Another strategy used in selling the idea that sound can heal is pointing out that certain undesirable sounds, especially urban and industrial noise, can have negative consequences for mental health. This TED talk is an example. Debate on such subjects often goes in depth into technical aspects of sound technology, but are conspicuously lacking when it comes to scientific evidence for the core claims.

The bottom line is that in order for freethinkers to take claims of Sound Healing seriously, blinded and replicable studies with large sample sizes must be presented in established peer-reviewed journals. As is usual with most pseudosciences, when such standard scientific requirements are proposed, the proponents of these practices resort to special pleading, such as seen in this blog post by the speaker in the above TED video:

“An approach which dismisses any idea or hypothesis because it’s not ‘scientific’ is itself anti-scientific!”
“In a wider context, the stance that assertions are acceptable only if backed by evidence also denies some of the more interesting areas of human thought…”
“Any comprehensive study of sound and music … must involve considering many theses and ideas that are untestable, or at least currently untested.”

We have established that Sound Healing is a mystical New Age-y concept that is expressed in many different cultural traditions, in many different forms. Perhaps unsurprisingly, the idea of healing with sound is also found in the major religious faiths. There are, of course, limitations placed by the core religious beliefs on the appropriation of this pseudoscience by these religions.

Islam: In Islam, the recitation of Koranic texts is often claimed to have healing powers. There are multiple websites making all sorts of claims involving how Koranic recitation is beneficial. Here are a couple of examples:
http://www.kaheel7.com/eng/index.php/secrets-of-quran-a-sunnah/238-healing-by-listening-to-quran
http://www.islamawareness.net/Music/healing.html

Recently I came across a hilarious attempt to rationalize superstitious belief in the power of Koranic recitation. This article mentions an experiment done by Al-Huda institute in Canada and replicated by the Reflections school in Karachi. The experiments supposedly establish that the half of an apple exposed to Koranic recitation does not rot, while the half that isn’t does. The article doesn’t link to the methodology of the study, but even ignoring requirements such as sample size and blinding, the experiment should be easy to replicate. And if replicated, such a startling and powerful effect should be easy to have published in a reputed peer-reviewed journal.

Christianity: Sound Healing doesn’t seem to be as common in Christianity as in Islam. But nevertheless, there are a number of websites peddling Christian Sound Healing. Predictably, Biblical readings feature prominently in this form of religious superstition. Some of these claims involve Biblical “divine frequencies”. Jonathan Goodman, director of the Sound Healers Association and author of THE DIVINE NAME: The Sound That Can Change the World, claims on his site that certain chants can help one “resonate with the Christ energy”. Leonard Horowitz and Joseph Puleo, authors of Healing Codes for the Biological Apocalypse, according to this website claim that “The new bible codes, found in the Book of Numbers, include a mathematical electromagnetic frequency code for “miracles” that experts say has already been shown to help repair damaged DNA, the genetic blueprint of life.” The article goes on to say:

“These original sound frequencies were apparently used in the great hymn to St. John the Baptist that, along with many Gregorian chants, were lost centuries ago according to church officials.”

How anyone could have known anything about sound frequencies at the time attributed to the character of John the Baptist, is a puzzling detail not likely to stop these people with a fertile imagination.

Here is more information about the “recently discovered” Bible codes.

Jill Mattson is an artist who promotes Sound Healing, and in her album Paint Your Soul she claims to have used elements from “numerical patterns of sound frequencies encoded in the Bible (Numbers 7:12-83)”.

Hinduism: In the Hindu tradition, Sound Healing is nothing new. To begin with, there is the syllable ‘om’ or ‘aum’.

“Uttering the monosyllable “aum”, the eternal world of Brahman, one who departs leaving the body (at death), he attains the supreme goal” ~ Bhagavad Gita

There is so much woo about the “om” on the internet that I could spend the rest of my life documenting the BS claims. Here are some highlights. There’s a Om-Healing website featuring some truly masterful pseudoscience, a whole series of “Om Frequency” tuning forks and singing bowls, music albums dedicated to Om Healing and even a magazine dedicated to the OM, which often features articles on Om Healing. Then there is this video, a parody of itself:

The traditional Hindu ‘om’ has seeped into mainstream New Age culture through the popularity of yoga and meditation. But the ‘om’ is just the beginning of Sound Healing superstition in Hinduism. Since it is an amalgamation of various primitive animistic beliefs, religious chants are a mainstay of Hinduism. Mantras, the prayer chants that are alleged to have powerful supernatural effects, are central to Hindu practice. Again, the internet is filled with pseudoscientific claims about the healing powers of the mantras.

Here are a few ideas as a starting point to addressing the problem.