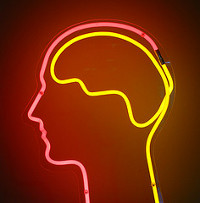 What Richard Dawkins calls consciousness raising, I find it to be a very useful tactic in purging irrational thoughts and customs from the face of this planet. Sam Harris explicitly pointed out that holding religious views such as Christianity and Islam should elicit embarrassment rather than pride. Any sane person today would think several times to project himself to the outside world as a racist, and Sam hopes for a day when religious views would reside in the same category. Richard Dawkins beautifully explains what should have been obvious to us for sometime now. He equates religious views to any other independently formed world view. Just like it would be absolutely preposterous to address a child as a secular humanist or a postmodernist, it would be equally preposterous to call a child a Christian or a Muslim.

These ideas may seem obvious to a rational person now, but like any other brilliant idea from brilliant minds, it makes us think “How extremely stupid not to have thought of that?” In fact this is the exactly what Thomas Henry Huxley said when he mastered the central idea of natural selection. These are all excellent examples of consciousness rising, and I am tempted to offer one more, again from Dawkins. He sets out to question the validity of positively correlating the ability of a living organism to suffer with its intellectual capacity. You might say to yourselves, “Well of course not, there isn’t any evidence suggesting this positive correlation”. Although we tend to sincerely empathize with the suffering of a hurt animal, think about how many times we might have convinced ourselves that a squealing dog hit by a truck is probably not going to “suffer” as much as a hurt human being in a similar situation. The above example has nothing to do with religion but it highlights an important point though –

Be mindful and apply critical thinking to every aspect of your life – every circumstance that begs human action and every problem that requires the slightest brain power.

You would be surprised at how mindless we are of so many of our daily activities. I have recently noticed how people often assume your religious views to be in direct correspondence with your name. I must admit that I too am guilty of this hideous irrationality. I had automatically assumed that an acquaintance of mine named Mahmood was a Muslim. When we set out on an interesting conversation about religion, it dawned upon me that he was a perfectly sensible, rational human being, and an atheist! You might say to yourselves, “Well of course he could be an atheist! Why would anyone judge anybody’s views based on their names?” Unfortunately this is happening all over the world as of this moment. Several visas are being denied, and several Muhammads are being taken for questioning, solely based on the assumption that most people who go by that name preach Islam. I honestly think it would be helpful if we rather assume the person’s region than religion. I am not saying that this would be an ideal thing to do, because we know plenty of Patels born and brought up in downtown New Jersey, but it would be a good first step to stray away from judging peoples’ religion by their names. I would not have felt so guilty if I had thought of Muhammad as a middle-easterner rather than a Muslim.

It is unfortunate that in light of recent acts of terrorism, middle-eastern names have borne the brunt of judgment. Identifying the “blatantly obvious” irrationality is only the first step. Help communicate it as best as you can, to as many people. Hence the term – “consciousness raising”.