“The neuron pattern in a child’s brain is regulated by the electromagnetic radiation arising from the conjunction of the Sun and the specific constellation during the birth.”

That is what an educated young engineer, an astrology enthusiast from Bangalore, thinks about how stars determine human destiny. A retired gentleman supported the assertion saying, ‘science is great but it cannot explain everything. You should wait and see how many things will be proved right in future’. This was rather an amusing argument that caught my attention during a recent public sky-watch programme organized in Bangalore. Such beliefs are not uncommon. As one can witness, many people in the Silicon Valley are completely ill informed about the solar eclipse. They prefer to stay indoors during these rare but spectacular events. Take the case of the Indian Space and Research Organization(ISRO) officials. Evidently, special prayers are offered before launching any important payload into space. Following the streak, many insiders would not even hesitate to attribute the astounding success of the latest moon-mission, Chandrayaan-1, to the divine vindication of human entreaties. Apparently, invoking divine blessings and performing deity pooja is a routine practice not just at ISRO, but in many public establishments in India. An oft-repeated, self-gratifying explanation goes like this:

‘Great scientists including Newton and others were deeply religious. . . there are things that we don’t know . . . life is full of uncertainties… and so on’.

Of course, there are things that we do not know, just as there are places in the universe that we can never hope to visit. Given the limitations of human intellect, it is likely that many things will remain beyond the realm of our knowledge. In his celebrated book, The History of Western Philosophy, Bertrand Russell has rightly observed, ‘Uncertainty in the presence of vivid hopes and fears, is painful, but must be endured if we wish to live without the support of comforting fairy tales’. No one disputes the abounding uncertainties and the lurking fear of the unknown in everyday life. But surrendering at the altar of ignorance does not enlighten us either. Neither has it eased the burden of the unknown – an unsavory parcel of our evolutionary history. On the contrary, giving sanctity to superstitions only appends the layers of ignorance. It does so by compromising the core principle of rationality and critical thinking that has thus far driven the progress of modern science.

Unfortunately, those who know better are sometimes directly complicit in perpetuating menacing falsehoods of every kind. Instead of challenging dogmatic beliefs on rational grounds, educated people (including scientists and technocrats) become prone to mindless justifications for the prevailing superstitions. This is a great disservice to a society that is so precariously gripped by an unrelenting past on the one hand and burgeoning modernity on the other. The appalling reliance on technology and society’s collective descent into the abyss of supernatural beliefs is a poignant outcome of the tainted compromises of the scientific community. Apart from serving media goodies loaded with ‘irrational exuberance’, should not our scientific and technological achievements also be showcased as a means to gradually dispel the dogmatic beliefs and superstitious practices from society?

The whole purpose of critical inquiry and skepticism is not to abandon our beliefs but to question our reasons for holding on to them, no matter how enchanting or reassuring they may appear. The lack of critical and independent thinking, for example, makes people extremely vulnerable, compelling them to seek guidance and personal cure from sources that are not always benign and authentic. At another level, irrational faith can become a breeding ground for collective indoctrination, forcing absolute compliance to supremacist authority of one kind or another. The renewed upsurge in public craze for high-profile godmen and the increasing prominence of soothsayers and cult-like figures in the public sphere is, therefore, not too surprising. What is more lamentable is the fact that the obligation to spread scientific outlook and critical thinking has not found its rightful place in our public outreach and educational programmes.

On the question of scientific awareness and rationality, it seems, a majority of Indian scientists do not have a unified and unambiguous 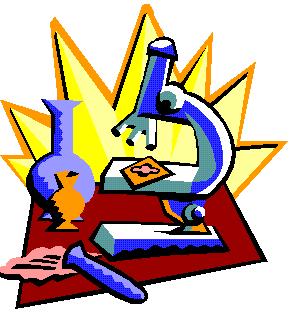 stand. Isaac Newton, arguably the most outstanding scientist of all time, spent over three-fourths of his time thinking about religious matters and scriptural writings. Despite devoting so much energy to these studies, he did not accomplish anything worthwhile that could even remotely match his scientific brilliance. It is not to suggest that Newton disregarded science in favour of his religious beliefs. Newton, no doubt, was smarter than many ordinarily accomplished, but he misled himself into belief that the laws of nature are the manifestations of a ‘divine plan’ and it is necessary to satisfy the ‘divine creator’ in order to discover them. His occult studies comprising chronology of ancient kingdoms, astrology and interpretation of Biblical apocalyptic, by today’s standard are plainly unscientific. In retrospect, one can only imagine how much farther Newton would have seen had he not been distracted from his scientific pursuit, though it is important to remember that Newton lived in times when the Church was still strong and science was just in its infancy. There were no clear and established standards demarcating the practice of science from pseudoscience. Most importantly, Newton today is known for the impact of his scientific work on our lives and certainly not for his religious musings and metaphysical digressions. Trajectories of the modern space flights are not revealed in prayers or in some private communication with an individual’s benevolent god, but meticulously computed from the orbital mechanics derived from Newton’s laws of motion and gravitation. No amount of worship, wishful thinking or animal sacrifice can fix the glitch in a combustion chamber or repair faulty coolant lines serving the radiator. In fact attributing success to higher powers and seeking divine interventions grossly undermine the capabilities and achievements of human ingenuity. The proven success of the moon mission was due to the efforts of dedicated individuals and the state-of-the-art engineering design based solely on the known laws of physics. Newton’s scientific work was an immense contribution to humanity. It would be a befitting tribute to the man, if posterity does not fall trap to the obscurantist and weird notions that had also beguiled Newton.

Leave a Reply to Ranganath X