Borad daylight, slow traffic and yet a small car crashes into a huge bus. The windshield says it all- Vastu and Astrovision specialist. A specialist in “Astrovision” lacking ordinary vision? Is there a Vastu defect in the construction of the road? Or is it the wrong configuration of celestial bodies that caused a failure of “Astrovision”? 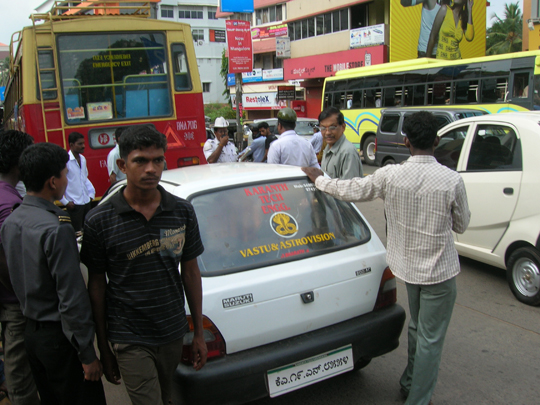 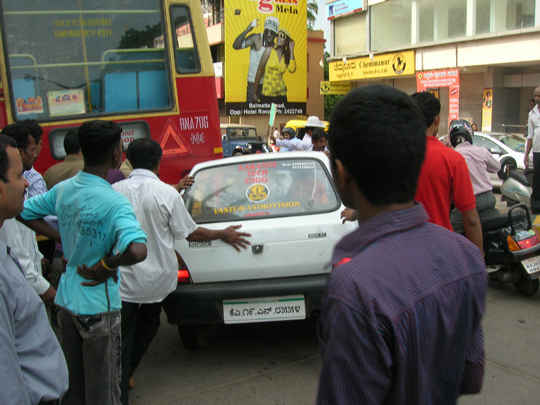