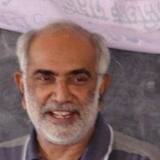 “The Federation of Indian Rationalists Association has criticized B. S. Yeddyurappa, the chief minister of Karnataka, for allegedly getting involved with soothsayers, black magicians, and trantriks.

Pointing out the Mr. Yeddyurappa is becoming increasingly superstitious, Dr. Narendra Nayak, the president of the federation, said that the CM has allegedly used black magic rituals to come to power and is now accusing the opposition of using black magic to pull him down. He also criticized the CM’s habit of visiting temples, mutts, and other places with supposed supernatural powers to ward off evil.”

The Hindu carried a similar story:

“Stating that Mr. Yeddyurappa had come to power by “allegedly using occult powers” and was now accusing others of resorting to the same to unseat him, Mr. Nayak said by observing new rituals he was demonstrating that he was unfit to occupy the position of Chief Minister of a State like Karnataka – software capital of the world and home to many premier institutes of science.” 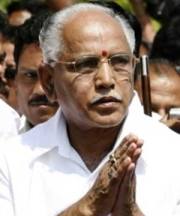 Read the rest of this article here.

“In what condition he sleeps is his personal matter. But we wouldn’t have been concerned if he was not the chief minister of the state. He is the constitutionally-elected leader of the state executive and he cannot allow his personal fears and convictions to jeopardise the prospects of the state”, said Dr Narendra Nayak, president of the Federation of Indian Rationalists’ Associations.”