In the place where I was born, and probably elsewhere in our country, religious sensitivities run very high. If a Hindu were to be asked to swear by the Quran, or a Christian by the Gita, there would be riots. But no one is bothered about the feelings of us non-believers! In order to spare people from taking oaths on a variety of books, in the courts of Karnataka a placard is hung in the witness box that reads – ‘I swear on the name of god that what I say is the truth and nothing but the truth.’ This is supposed to be a secular form of oath. In a place called Shimoga about 200 kms from Mangalore an atheist refused to take oath in the name of god and was hauled up for contempt of court. He appealed to the High Court which set aside that and came down heavily on the judge for trying to impose his religious beliefs on a witness.

My first brush with this form of oath was in 1980 when my wife and I got married under The Special Marriages Act, 1954. This act enables those of us without any religious beliefs to get married without any religious rituals. The registrar wrote this on the application – registration of a Hindu marriage under the special marriage act. I told him, ‘Sorry, strike that off!’ He asked, ‘What is the problem? You are both Hindus.’ I replied, ‘No, I am not.’ Later, during the marriage ‘ceremony’ he told me to hold up my right hand and swear, ‘I take (my wife’s name) as my wife in the name of god.’ When I categorically refused to take an oath of marriage in the name of a non-existent god, the registrar looked at me like a master chef espying a fly in the soup and disdainfully said, ‘OK, omit the god.’ So, my wife and I were married without swearing by god. 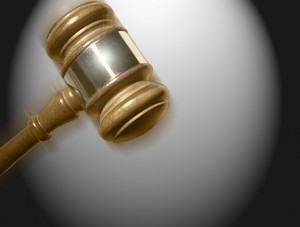 My next brush with oaths was a few years later. As a consumer activist I had filed a complaint with the Monopolies and Restrictive Trade Practices Commission for India against a well-known magazine that was running a sort of cheat lottery to promote subscriptions. This was located in Delhi. In those days, Mangalore to Delhi was a three day trip! At the hearing I was sworn in as a witness. As is my usual practice, I refused to take oath in the name of god. There was no expression of surprise at all from the judge, and he said that I could ‘solemnly affirm’ and I did just that. The judge asked the lawyer for the magazine if he wanted to question me. The lawyer said no. I wondered out aloud, ‘just for this I had to come all the way to Delhi spending a week of my time?’ The judge looked sternly at me and asked. ‘Young man, are you employed?’ I said, ‘Yes sir.’ Then, he asked, ‘has your employer given you leave on duty?’ I said, ‘Yes sir.’ The judge said, ‘I am giving you first class train fare, take that and go. If you utter one more word I will haul you up for contempt of court. As a citizen you are duty bound to attend as a witness when summoned. If you don’t the court will make you attend by a warrant!’ I said ‘Yes sir, sorry sir’ and scooted out of the place!

The third time I had to take oath was when I had to testify at my case against the management of the medical college in Mangalore where I used to work. I was put in the witness box and the bench clerk pointed out a piece of cardboard hanging inside that and told me to read from that. The text was, ‘I swear in the name of god that I shall speak the truth and nothing but the truth.’ It was in both English and Kannada. I said, ‘no’. He said, ‘What?’ I told him, ‘no, I will not swear in the name of god.’ Infuriated he asked, ‘What is your problem? It is not any Hindu, Muslim or Christian god, it is the universal god.’ I said, ‘I am an atheist and I cannot swear by the name of any god.’ The commotion attracted the attention of the judge who asked about the matter. I replied that I am an atheist and shall not swear by the name of any god. He said you can solemnly affirm. I remarked that I was going to do precisely that but the bench clerk was objecting to that. The judge gave a glacial look to the clerk and ordered him to let me ‘solemnly affirm’. Later on, the bench clerk told me that in his three decades of service it was for the first time that he was seeing someone refusing to take oath in the name of god!

The next occasion for me to bear witness was at the trial of a supervisor of an orphanage who was sexually exploiting girls under his care. I was sworn in as a witness, the prosecution lawyer finished his examination and the defence lawyer started his cross examination. It went something like this:

The next few times when I had to bear witness were some long pending cases where nothing much happened. Then, once more, there was a case in which I was summoned as witness. That was also when I was assaulted. I was demonstrating to people outside my laboratory that the Ganesh idols ‘drinking milk’ was just a phenomenon of physics. Some local thugs had come with a mob to take revenge for past grudges. The oath-taking went on without any problems as the bench clerks had got used to my form of taking oath. The examination by the prosecution went on smoothly. Then came the turn of the defence:

Many times there have been occasions when people are asked to stand up for prayers, and all have stood up except for a few of us. We have refused to light lamps and so on. The very same people who talk about hurting religious sentiments do not understand that our sentiments too get hurt when we are asked to pray to the secular, universal ‘god’.

Freedom of religion must include freedom from religion as well.

Prof.  Narendra Nayak is President of the Federation of Indian Rationalist Associatons.