Editor’s Note: The following messages is from Dr. Vijayam, Executive Director of the Atheist Centre in Vijayawada.

We are  happy to inform you that  the 8th World Atheist Conference will be held at Periyar Educational Institutions at  Tiruchirapalli city (also known as TRICHY during the British time) in Tamilnad, India  on JANUARY 7, 8 and 9, 2011 (Friday, Saturday and Sunday).

The details will be informed to you soon.

We cordially invite you to the Conference.

Gora, (1902-1975) founder of Atheist Centre conceived the idea of the World Atheist Conference and held the first Conference in 1972.  In Post Gora period the the Second, Fourth, Fifth, Sixth and Seventh World Atheist conferences were held at AtheistCentre, Vijayawada in 1980, 1996, 2005, 2007 and 2009 respectively. The Third World Conference was held at Helsinki in 1983. Now Dr. Veeramani, Chancellor, Periyar Maniammai University, leader of the Draviadrar Kazhgam movement and the Rationalist Forum of Tamilnad, invited to hold the Eighth World Atheist Conference at Tiruchirapalli.

Tiruchirapalli has an international airport. Even if you land at Chennai, you can come to Triruchirapalli by Indian Airlines flight  or by train or  bus.

If you need any other information, please write to us. The theme of the Conference and the Registration details of theConference will be informed to you in the next mail.

Looking forward receive for a positive response from you. 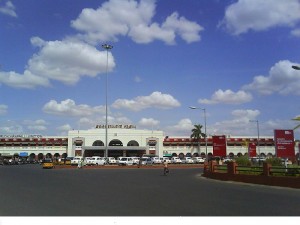