In my previous article we discussed how Sai Baba satisfied his sexual appetite by abusing innocent children with complete disregard to consequences to their welfare. Sexual abuse serves another purpose for Sai Baba: Dominating these children and converting them into his lifelong devotees and henchmen. In a sense, the sexual abuse is ritual castration by means of which he is telling them literally, “From now onwards I have you boys by the balls.” In a highly shame-oriented society such as India, victims feel great deal of shame to admit that they are sex abuse victims, and they are fearful of exposing such a powerful and revered person. This is further made difficult because of social pressure from victim’s fearful well-wishers; fear of corrupt police who do not hesitate to torture or murder accusers in cold blood; distrust of incompetent prosecutors, and lack of faith in the judiciary incapable of separating state and religion.

Almost all these children grow up bodily but not mentally, and they become Sai Baba’s lifelong followers who meekly submit to his demands. Their total submission to Sai Baba is rooted in self-deception. Sai Baba reinforces their slavish mentality by means of gifts materialized by magic, rewards, public praise, bribes and intimidation. Sai Baba becomes the central figure in their lives, and they become almost totally incapable of critical thinking when it comes to their relationship with him as exemplified by Dr. Naresh Bhatia in the Caravan article by Mr. Arora. Fear of Sai Baba dominates their lives. Almost all their actions are dictated by what they think Sai Baba would want them to do. 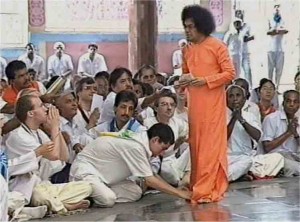 Sexual abuse in invariably associated with surge of intense painful as well as pleasurable emotions in the mind of victims such as fear, hurt, anger, sadness, guilt, shame, disappointment, helplessness, hopelessness, humiliation, frustration, rage, ecstasy, happiness, and host of other painful emotions. Some victims begin to develop doubt about their abuser and ultimately disassociate themselves from the abuser, like the Rahm family in the BBC video did. Other victims indulge in a defense mechanism known as reaction formation. They convert “sexual trauma” into “spiritual healing.” Or, they declare “sex with a fraud” to be “sex with god.” Instead of saying, “My free spirit has been destroyed” they would say, “My spirit has been liberated.” It is impossible to convince these victims that Sai Baba has so thoroughly stripped them of their true identity that now they are nothing more than mindless zombies or straw men.

Self-deception is a mental defense mechanism by which some people cope with intensely painful emotions. They avoid becoming aware of, or accepting the truth about, a current life circumstance or person simply because it is too painful or scary to do so. Either they block off their painful emotions by indulging in denial, or they neutralize them by means of screwed-up rationalization, or they give exactly opposite meaning to their experience.

Individuals, political parties, communities and even nations indulge in self-deception. America’s self-deception about Viet Nam war is a classic example of a great nation indulging in this practice. Nazi Germany is another example. Self-deception is common in all countries where religion plays a major part in people’s daily life. Self-deception is a way of life for religious people.

Self-deception As A Quid Pro Quo

Then there are pseudo-intellectuals such as Dr. Michael Goldstein and Mr. Isaac Tigrett of Hard Rock Cafe who continue to associate with Sai Baba because they hate to acknowledge that he fooled them and took advantage of them all these years. Sai Baba did not abuse them sexually, but he screwed them financially or used them for propaganda purposes. In other words, he played them for suckers. Having been involved with Sai Baba for so many years, they would simply look stupid to acknowledge now that he is a fraud. Besides, they must make sense of all the bribes he had given them for their wonderful work and financial support, which have been their proud possessions all these years. Their way of coping with this dilemma is to compartmentalize the problem of sex abuse. Their screwed up rationalization is, “Well, so what? He is god. He is doing good work.” Here is the interview in the BBC video:

Tanya Datta: But even if it was proven to you that Sai Baba was a pedophile and a serial sex abuser, you’re saying it wouldn’t change the fact that he is your guru. (Tigrett laughs at this rather wildly)

Tanya Datta: Does that mean that some part of you believes there could be some truth to the rumors?

Isaac Tigrett: Oh, absolutely I believe there is truth to the rumors.

Tanya Datta: You believe there is truth to the rumors?

In the above conversation with Ms. Datta, Mr. Tigrett asserts that if Sai Baba would murder someone tomorrow, his opinion about Sai Baba won’t change. In other words, Sai Baba is above the law and Mr. Tigrett’s devotion to him is unconditional. Incredible as this might seem, this is the hallmark of Brahmanic brainwashing: The Guru is always right, no matter what. Such unconditional acceptance of Gurus has resulted in accepting their nonsensical and deceitful commentaries on anti-Brahmanic scriptures as true.

Self-deception Could Ruin Lives Of Other People

In the third BBC video, when Marissa and Al Rahm’s teenager son reveals that Sai Baba sexually assaulted him, Al reveals that he too had similar experience with Sai Baba when he was 18 years old. Yet he neither warned his son, nor did he hesitate to deliver him to the cunning predator. If you listen to Marissa and Al Rahm carefully you will realize that before they turned on Sai Baba, they were just “intellectual zombies,” incapable of rational thinking in their relationship with him. Now, years after the alleged abuse, they are full of regret. Their son declares that Sai Baba is an ever-present issue in his life.

Here is an example of dire consequences of self-deception on others:

Case study: A forty-five year old white woman, mother of three girls aged 17, 15 and 13, found herself in a bus station two thousand miles away from her home and she could not explain how she got there. Here is her story: She often woke up at night and did not find her husband beside her in bed. Even though she wondered where her husband could be, she did not bother to investigate for fear of knowing the truth. All her three daughters tried to tell her that they often found their father in their bed at night, but the mother avoided dealing with this bad news by telling her daughters not to “cook up wild stories.”

Detailed past history of this woman revealed that her stepfather had abused her. Admitting that her daughters were being abused would result in resurfacing of buried painful emotions. When finally the children revealed the truth to their school counselor, the father was arrested. Unable to deal with the entire horror the patient went into a fugue-like mental state. She wandered off away from her home, and when she woke up from her daze, she was in a bus station two thousand miles away. Her three daughters became psychiatric cases requiring prolonged treatment.

If this woman was capable of rational thinking, she would have investigated where the hell her husband was if he was not in her bed, and finding him in bed with her own daughters, she would have kicked his ass out of the house, reported him to the police, and filed for divorce. She was too busy deceiving herself to do the right thing. A rational person would have taken extra care not to expose her daughters to the danger she herself had been subjected to as a child. 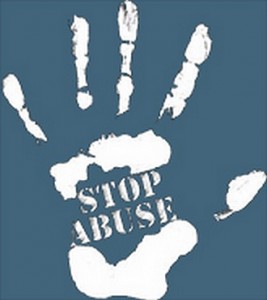 People who cope with highly conflicting emotions in the mind by means of self-deception often end up developing a psychiatric disorders such as depression, anxiety and posttraumatic stress disorder.

Since the distance between Gulf Shores, Alabama and Cape Girardeau, Missouri was over 650 miles, I asked her where she stayed in between. She said she stayed overnight in Oxford, Mississippi, where her elderly father lived. When asked how her father was doing, she replied blandly, “He said last week his doctor told him he has a golf ball sized cancer tumor in his liver and he had only three months to live.”

When I said empathically, “Oh! So you are about to lose him!” she burst into sobs, saying, “I am sorry! I was determined not to do this!” I encouraged her to grieve over her father’s impending death, accept the reality of his mortality, and move on with her life. Her panic attacks disappeared in the course of next few days.

The shock of losing her dear father was too much for this woman to deal with and so she indulged in self-deception as evidenced by her denying that anything bad happened. The problem with her self-deception was that whereas she could fool her mind, she could not fool her body. Sensory input about the bad news instantly produced panic attack even after she fooled her mind into believing that nothing bad happened. If this woman was a rational person she would have dealt with this situation by reacting normally -accepting the reality that her old and sick father must die like everyone does, grieving over his loss, and moving on with her own life.

The purpose of counseling victims of sexual abuse is to gently break down their self-deception, help them to accept the reality, make them become aware of, and express, their painful emotions, and show the irrationality of their thinking. People, who are very much in touch with the reality and capable of rational thinking, rarely, if ever, develop emotional disorders. This is because they are quite capable of dealing with the truth, and as the cliché  goes, truth has a liberating effect on people.

Join us on our forums and sign up for an account to participate on the Saibaba Sexual Abuse discussion thread.