This is about those brave ‘souls’ who were very keen to teach us a lesson and then learnt the lesson that they had much more to learn than to teach, and hence chose the easy way out – run away! There are quite a number of people who have taken that path, however I am going to write only about those few that I can recall off hand. There is a lot of publicity being accorded to the one who was threatened by a Tantrik in 2008 on a TV channel. Two years later, it is still being talked about. It brings to my mind an incident that happened about a decade ago in a place called Charvathur, 75 kms south of Mangalore.

A state level road show was organised by the Kerala Yukthivadi Sangham. B. Premanand was to inaugurate that and I was to debunk so-called miracles. As per routine, during my presentation, I put forth our challenges to those who have supernatural powers and one of them was for those who can do black magic. Our test for the power of black magic is for that Tantrik to kill me by these special powers. And the reward for this would be my entire property. On that day there was no response from anyone. But, the next day the local drummer announced that a person called Amir Raja would be showing his powers of black magic on the public maidan (field) at 5pm. There were about 500 people gathered at the appointed time. One person got on the dais and started a long lecture of the magical powers of the great wizard Amir Raja. When people asked who this man was, he pointed at himself! The people bored by his long talk asked where I was, and told him to kill me and be over with it as they were getting tired of the whole affair! I was not there because I was not aware that someone had taken my challenge! But, there were two persons in the audience who had been trained by me at Trichur. They went on the stage and told Amir Raja that though I was not there to take challenge, they were there and he could show his powers of black magic by killing one of them. They also assured Amir Raja, that he would not have to bother about the disposal of the body. The other person who was left alive would do that! He stared at them and they stared back! 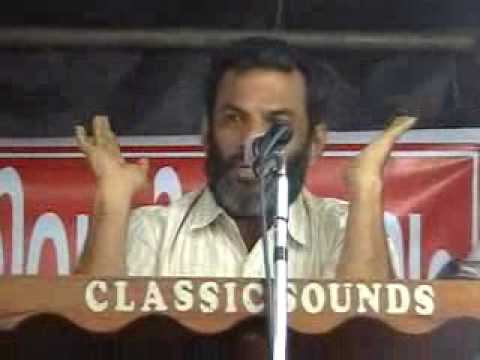 As expected, nothing happened, except for an irate audience throwing stones at Amir Raja. He beat a hasty retreat and hid in a mosque, nearby. This incident was reported in many newspapers of Kerala and I came to know about it from the ‘The Week’. I thought this was the end of it. But that was not to be. A few months later, I had gone to Payyanur to address the district meet of the Kerala Yukhtivadi Sangham. During my talk I mentioned the incident of Amir Raja. The audience quickly pointed out that he was present amongst them. So, I called Mr. Raja to the stage and asked him to kill me with his powers. He came on the stage and stared at me. I too stared back… Nothing happened.

He then, spewed a string of colourful expletives in Malayalam. I could not follow his language, but the audience did! Two of them came up to the stage rolling up their sleeves to take Mr Raja to task. Just in time, three people came running from outside, looking for Amir Raja. I was given to understand that he was a psychiatric patient who was obsessed with me. He had disappeared from his house and his parents had requested his friends to bring him back. When they heard that I would be speaking at this place, they had come there, expecting to see him in the crowd. They were right. They caught him and pulled him away. And that’s the story of Amir Raja who wanted to kill me by black magic!

About 7 years back, some of the saffron-tinted newspapers in Karnataka had carried front- page write-ups about eternal lamps at a place 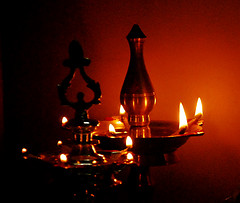 called Chigalli, about 250 kms from Mangalore. The write-up was about three lamps, actually lanterns, burning without any oil or any other fuel for the past 25 years! They were kept alit supposedly by the miraculous power of prayer of an old lady called Lakshmi Raikar. A sage had preached that to attain salvation, one needed to feed the hungry. Since she was poor and had hardly had any food for herself, let alone feed others, she was very worried about attaining this promised salvation. She prayed to god and the answer apparently came in the form of a flash of lightning that lit up a lamp that had been lying around since years without any oil. So Lakshmi decided to worship god, in lieu of feeding the poor and the hungry. Soon another lantern kept nearby started burning and the number went up to three. As she grew older, the lamps came to be tended by her niece though we don’t know what that means! The only care that lamps need is to be re-filled when the oil burns up. But since, oil was apparently not required for these blessed lamps, one fails to understand the need for care! After a few years, Lakshmi Raikar died and the niece, Nagaratna took over the job full time.

To cut this long story short when we went to investigate this, there was a huge crowd of villagers baying for our blood and a good number of policemen to maintain law and order. The end result was that the local authorities refused to give us permission and asked us to go away. That is a good way to escape from any sort of investigation. 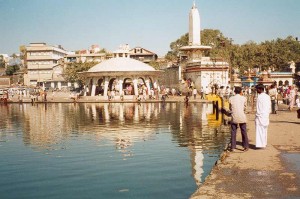 A similar bone immersion tank, Ramkund, in Nasik, where the bones of several famous leaders such as Indira Gandhi, Rajiv Gandhi, Mahatma Gandhi and Jawaharlal Nehru have been dissolved.

There are many things that the escape artists have in common with each other. Their preferred tactic for instance, is to ask us to come to their place, where they would have gathered the local people beforehand under the pretext of outsiders coming to attack their sacred miracles. When we go to investigate any such ‘miracle’ we have to inform local authorities. This turns into a law and order issue. Last September I was called up by a state level channel about a so-called miracle at a place called Gokarna. There they claimed that there was a tank into which if the bones of cremated persons were immersed they would dissolve rapidly! My contention was that cremation would destroy the proteins and other components of the bone matrix and convert the calcium salts to its carbonate or oxide, which would dissolve at a rate dependent on the acidity of the water. This is a verifiable hypothesis. At 8 pm that night I got a call from the same channel and I was told that the call was on air live. The priest of the temple who owned the tank represented the other side. He announced that the souls whose bones were immersed in that tank would attain moksha or salvation. I asked him whether any one had come back and told him that his/her soul had attained moksha. He was furious with my question and berated me saying that we atheists are always like that. I asked him to send me at least 5 litres of water in a can so that I could investigate whether the bones were dissolving faster in that! His only reply was that I should come over there to investigate. I understood the reason behind this demand was to create the usual law and order problem with the locals, and then declare that we, the rationalists, had verified the claim and declared the phenomenon as genuine!

Then, there is the curious case of Ashwini of the Dhyan foundation. This has also been reported on Nirmukta. This person claimed to be able to diagnose the disease and whether the person was dead or alive, just by looking at their photos. He challenged us for a demonstration, and told us that any one from his foundation could face us. When we took up the challenge he sent a few of his ‘followers’ who wanted to argue and backed out from the demonstration of ‘powers’. We are yet to see his miraculous powers of diagnosis by seeing photographs.

We know the case of Bhaskar Shetty, which is an ongoing issue. We are waiting for Bhaskar Shetty to come and tell us about ten people by casting their horoscopes and using the ‘science’ of as(s)trology! Well why do the likes of Shetty and Ashwini do that? 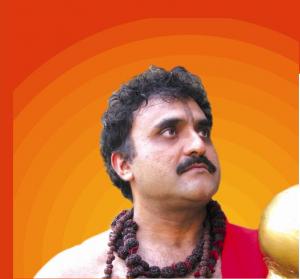 They are used to adulation and worship from gullible people. They also have strategies like cold reading – which essentially means observing the dressing style, accessories used for a general categorization of class, caste and religion. These charlatans usually function by word-of-mouth networking and ‘good faith’. Their followers bring in their friends and they in turn bring in their friends. This is how the web spreads. It also ensures that these charlatans always have a fair amount of background information about these people. Typically, in the first interaction, they rattle off a few personal details and the victim falls into the trap. When people like us confront them, they first bluff and bluster, thinking that we can be easily cowed down. When it comes to the crunch they run away offering lame excuses. As for Bhaskar Shetty he might have initially thought that it is easy to guess the gender and living state of individuals thinking that the odds are fifty-fifty. But, when he realised that the odds are stacked very much against just guessing, he developed cold feet. We are yet to hear from him. The crux of the matter is we are still waiting to be convinced about a zillion things under the sun and moon.

Recently, someone invited me for a public debate on the existence of god. Well, instead of a public debate we could have a demonstration for some manifestation of this existence, but under foolproof conditions. Or at least a demonstration of the claims of the supernatural powers which these people keep making in the media and in the presence of their gullible devotees who are eagerly waiting to swallow every word! My humble prayer to them: prove your powers and make me a pauper please!

Professor Narendra Nayak is the president of the Federation of Indian Rationalist Associations. He tours India performing demonstrations and organizing training workshops on miracle exposure and scientific temper for rationalists.