1. The Original Intent Of Religion And God

The original intent of Hinduism (Brahmanism) was to bring Law and Order into the lawless and chaotic society. That is why religion was known as Dharma -that which holds. The original purpose of creating various gods was to fulfill one’s desires and protect one from evils, both tangible (wicked people) and intangible (vagaries of nature). Gradually vested interests took over the religion, and it became a big business. This is consistent with Law of Solutions: All noble solutions for societal problems sooner or later become problems themselves.

2. All Religions Are A Way Of Life

Hinduism evolved into what it is today by incorporating a wide array of belief systems, while it maintained the elitism of Brahmins within that amorphous entity. So today a wide spectrum of belief systems, some of which are contradictory to each other, could be found in Hinduism. Hindu religionists try to explain away this nebulous feature of Hinduism by uttering parrot-like, “Hinduism is a way of life.” This mindless utterance seems to suggest that other religions are not a way of life. The fact is all religions are more or less a way of life. 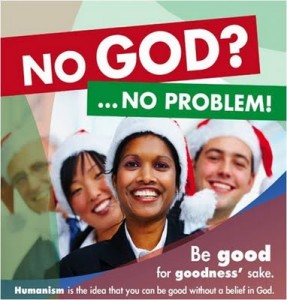 Ad by the American Humanist Association

The Hindu way of life has two broad aspects: Mindful and mindless. The mindful part of Hinduism consists of moral values and noble virtues, which guide people’s behavior towards others in the society. This is the true aspect of Hindu Dharma. These morals and virtues are timeless and relevant to all people in the world regardless of their beliefs. Since there is no money to be made by this aspect of Hinduism, it has become an orphan. Neglect of moral values and noble virtues is evident in the antisocial and corrupt behavior of most Hindu leaders in power in India today.

Most of today’s Hinduism consists of mindless rituals and traditions, which have absolutely no relevance to the modern times. These rituals evolved over the centuries, often due to misinterpretation of scriptures, and were propagated for financial gains. Yajnas, Poojas, Abhishekas, astrological predictions and a thousand other profit-motivated superstitions have become hallmarks of today’s Hinduism. This aspect of Hinduism is thriving today, as there is a lot of money to be made by means of these shenanigans. To the vast majority of Hindus, this is Hindu Dharma.

The moral values prevent us from harming others in the society. These values arise from our conscience, which represents the values our parents put in us. These values basically tell us: You shall not be a bad person! Here is a short list:

How do we feel when we violate our own moral values? We feel guilty. Guilt is the function of conscience. Readers could add their own pet moral values to this list.

Noble virtues consist of those behaviors that encourage us to be helpful to others in the society. These values basically tell us: You shall be a good person !

Every single reader of this article is smart enough to know what these virtues stand for. How do we feel when we practice these virtues? Well, we feel good about ourselves.

6. We Don’t Need God Or Religion To Be Good

If one makes a list of these moral values and noble virtues and practices them in his daily life, s/he does not need religion, god, tradition, rituals, fasting, meditation, praying, Swamis, Babas, Gurus, magic, ash, lingam and other nonsensical stuff 99% of Hindu religion is made up of.

One simple way of inculcating noble virtues is to post writings related to them where one could read them often. For example I have the following statement on the wall where I can see it when I talk on phone. This has helped me to make conscious decision to help those who call me asking for my help:

I expect to pass through this world but once. Any good thing, therefore, that I can do or any kindness I can show to any fellow human being let me do it now. Let me not defer nor neglect it, for I shall not pass this way again.

Now give me one valid reason why any moral and virtuous man or woman might need a religion or god? Now let us review a few facts why we should reject the mindless part of religion.

Today, thousands of glittering temples in India and abroad have become like Las Vegas casinos attracting millions of mindless devotees seeking fulfillment of their desires and protection from evil. The temple of Tirupati is the best-known temple-casino complex in India. Every year new temple-casino complexes are rising all over India. The ostentatious Swami Narayan Temple in New Delhi is a prime example. Bewildered by Brahmanic charm and trappings, Hindus throng to these temple-casinos and keep gambling away their wealth in mindless rituals hoping against hope that they would someday hit a jackpot, but getting nothing in return. The donation box you see in front of the sanctum sanctorum of every temple is like a slot machine.

There are all kinds of Entertainment Shows in this Las Vegas-like landscape: Babas perform magic shows; Swamis perform sex shows; Yogis perform 70-year starvation shows; freaks perform hanging-by-skin-on-chariot shows, charlatans perform walk-on-fire shows, prostitutes perform dance shows, and the like. In fact the list of freak shows, such as Kumbh Mela, Amar Nath Yatras, bathing in Ganga, procession of ash-smeared naked Sadhus and the like, is very long indeed. Who are the ‘enforcers’ of this wonderland of religion? Well, you guessed it right: RSS, Sri Ram Sene, Shiv Sena, Bajrang Dal, and other assorted hire-for-riot men whose only ‘virtue’ is hate-mongering of other religions. Really, there is absolutely no difference between today’s Hinduism and Las Vegas of bygone days when the Mafia controlled the casinos. Now Las Vegas is absolutely honest about the whole shenanigan and Hinduism is still run by hypocritical Brahmanic Mafia, often supported by the government itself, as is the case in Karnataka.

Tell me, why would anyone want to be part of this part of Hindu religion?