Tamilnadu, formerly known as Madras State, is where the Self-Respect Movement was first started by E.V.Ramaswamy in the early years of the twentieth century. It was for the first time that the so-called ‘lower castes’ rebelled against the hegemony of the Brahmins, and started a movement that rejected all superstitions, religious rituals and the highest superstition of them all- god! In this state whichever party comes to power has to conform to the ideology of EVR Thanthai Periyar as he came to be known. So, in this state one can expect the ideology of the rationalist movement to be accepted without any significant opposition.

My first programs in Tamilnadu started by accident. Though my college education had been in Chennai and am quite fluent in Tamil, my 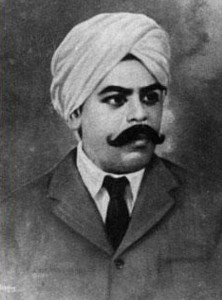 first interaction in that language was by accident. In 2004, if my memory serves right, there was the second National Teachers Science Convention at Ujjain in Madhya Pradesh. I had interactions with the all the participants, as a sort of curtain raiser for the training session that was to follow. The usual controversy about the language communication came up- English or Hindi? The North Indians wanted it to be in Hindi while the others insisted on English. I finally settled on a compromise, saying that I would speak in both languages. One gentleman from the audience objected and said that it should be English only. I replied to him in Tamil saying that I could have that interaction in Tamil if he wanted but the others would not understand a word of it! There was deafening applause from his group of about ten people and the atmosphere turned cordial. I had my interaction in Hindi and English. When the talk was over this gentleman came to me and asked me whether I could have a program in Tamil at his place. This gentleman was Dr. Madhavan, the director of the planetarium at Tiruchirapally.

Thus started my tours of Tamilnadu! My first program was a two day interaction with students from a few girls colleges which went very well- in Tamil! Though I started my program with a declaimer that my Tamil is not very good, some of the girls came and told me that my Tamil was super! After the Trichy interaction, there was one more at the Chennai planetarium arranged by Dr. Iyamperumal, the VC and the Director. That was the beginning of a wonderful, fulfilling relationship with that organisation, a relationship that continues even today and hopefully for many years to come. Along with these programs other organisations such as trade unions and the Tamilandu Science Forum started having our programs in many places. Tamilnadu Rationalist Forum was a member of FIRA but had not arranged for any of my interactions as they had not known that I could communicate in Tamil. But once they came to know that I could, Dr.Veeramani and Kumaresan have arranged quite a few programs and training sessions. I would like to share some of these experiences with our readers.

In Erode, one of our interactions was at the first hall that was founded by Periyar. But before the program was to start, the local organiser told me that I should not say anything about god because it was a very controversial topic. I agreed, but when my talk started I told the audience that I was very proud to have the opportunity of speaking at the auditorium built by Periyar, but had been told by the organisers not to say anything about god as they felt it was a very controversial topic. I also told them that in that particular auditorium it would in fact be a controversial topic if one were to say that there is a god, and not the other way round! I told them that I was starting my talk by quoting Periyar-

The applause was thunderous. The members of the managing committee told me that the auditorium had been hired by the local organisers saying that it was for a science program, and that they were not aware of what it really was! They also said that due to the lack of this understanding they had even charged rent for it! They assured me that the next time I come over they would organise the program themselves, not charge any rent, and even arrange for all the other facilities at their expense! We had quite a few interactions at various schools and colleges. That series of programs went on very well.

We have close contacts with Aruchamy of Coimbatore from an organisation called Periyar Dravida Kazhagam. He has provided us with the

Periyar, Bertrand Russell and Robert Ingersoll were published together as contemporary rationalists

know-how and the manpower for quite a few programs shot by major channels like Discovery Channel, The BBC, Australian TV, etc. Their group arranged for our interactions at quite a few locations. At one of these events, the Puttaparthi prestidigitator had come to Chennai and had allegedly ‘materialised’ rings for a few of the DMK ministers. At that time we were holding a series of programs in which I ‘materialised’ the usual items such as rings and so on, and distributed them much to the delight of the audience who loved parodying the ministers! The publicity because of these attracted the attention of many other groups including the association of High Court lawyers of the state and some trade unions. In September of 2006, a series of programs were organised in Chennai. The first one was of the anniversary celebration of a magazine, held at one of the well known auditoriums of Chennai. After my lecture demonstration some people came backstage and started arguing with us. But, the editor of the magazine told me that I did not have to handle them myself, and he ticked them off. They went away threatening that they would see how my next programs would go on. The next few programs went on uneventfully but at one of the programs at a place called Porur a few people came with stones in their hand and told the organiser of the program that my talk would not be allowed. There were police around, but instead of assuring protection they told me that we better hold the program on some other day. The program that day was to celebrate Periyars birth day, and imagine it being called off in Tamilnadu! At that time I wrote a stinker of a letter to the Chief Minister and also the commissioner of Police of Chennai.

Later on when Aruchamy and his friends came to know of this incident, they arranged for a program at the very same place. This time they were ready for any eventuality! There were around a thousand people who had come and there was not a whimper of protest from any one! There have been dozens of such presentations including many training programs conducted by various organisations from Tamilnadu Science Forum, Tamilandu Rationalist Forum, Birla Planetarium etc. During these tours I had the occassion to meet many interesting people, including a so-called ‘Fire Swami’ at Tanjavur, many die-hard Hindutwavadis, hard-core Christian proselytizers and such. On one of these tours I investigated the famous Nadi Jotidam of Vaitheeswaran Kovil. This investigation has been posted as one of my earliest articles on Nirmukta.

My latest experience in Tamilnadu was on the 17th of this month. I was invited by the director of the Planetarium, Dr. Iyamperumal, to deliver a lecture-demo on scientific temper. There was very good coverage by the press and other media. The next day I started receiving calls on my mobile, some of which were threatening me, daring me to repeat what I had said at that program in public. I had not realised what had happened, but came to know later that some vested interests of the Hindutwavadi groups had publicized the idea that our miracle exposure program was anti-Hindu! This point had been clarified over and over again, so there was no need for any further explanation. But, it is a very good sign that our program has had such an impact and the vested interests have felt threatened! I forwarded the numbers to some of our people who called them up and asked them for their addresses so that they could organize one such program in their very locality! The brave warriors of Hindutva did not have the courage to give up their addresses! Dr. Iyamperumal has informed me that he has received a number of enquiries for my phone number and that he has told all of them to kindly send their request by letter and he would give them the required information by post. He also expressed his regret at all the negative calls, but I told him that we thrive on adversity and that it was nothing new to us. The strangest part of the whole controversy is that none of those who called had actually attended the program. All their surmises were based on the newspaper reports! Dr. Iyamperumal gave me the very good news that all the children who attended the three-day camp had a very good opinion of our presentation and were praising it! The negative reactions were all from people who had based their opinion on the newspaper reports and the statement of the BJP office-bearer. This clearly shows their ideological bankruptcy!

A number of programs are being planned in Chennai by our supporters. In fact, Dr. Iyamperumal has promised to organize one full-day interaction, open to public. When we held such a program in the first week of February during a science festival at the same venue this year, the response had been overwhelming. It had to be wound up because of the large crowds which could not be controlled!

When the dates are finalized, professor Narendra Nayak’s upcoming Chennai program will be announced on Twitter and Facebook, and will also be posted on the Forums. For further enquiries or to volunteer, please call professor Nayak at 94482-16343.

Professor Narendra Nayak is the president of the Federation of Indian Rationalist Associations.