The team of activists at Nirmukta have two big announcements to make. These announcements carry certain important implications for the future of organized Freethought in India.

Before getting to the announcements, here is a statement explaining our use of the words ‘Freethought’ and ‘Nirmukta’. The word ‘Freethought’ is a fairly well-defined term to denote a point of view that rejects dogma, tradition and authority in favor of reason, logic and science. As a category it forms an umbrella term that incorporates social, political and philosophical modalities such as skepticism, rationalism, empiricism, naturalism, humanism, atheism, secularism and so forth. The word ‘Nirmukta’ is a Sanskrit word that means ‘Freed’ or ‘Liberated’. It is often used to describe a state of mind when one is liberated from the unenlightened ideas and repressive social conditions that bind us, keeping us from realizing the true splendor of reality. Nirmukta is freedom from dogma.

I. The first announcement is about the newly formed Nirmukta Advisory Board.

As regular readers will know, the Nirmukta team has plans to register Nirmukta as a non-profit organization in the near future. There will soon be management and advisory roles to be filled on a permanent and official basis, but until then the Nirmukta Advisory Board is an unofficial solution to facilitate organization and planning. The board will coordinate the work through regular online meetings and frequent discussions on the forums.

At present the Nirmukta Advisory Board consists of:

II. The Nirmukta Advisory Board has approved the appointment of Dr. N. Bala as the National Coordinator of Nirmukta, on a temporary basis until the organization is registered. Dr. Bala is one of the coordinators of the Orkut group, Atheism in India, which has over 2000 members. He is also the creator of IndianHumanist.org and is an active participant in the Nirmuka Bangalore regional group. Dr. Bala will work in concert with the Nirmukta Advisory Board.

The Nirmukta Advisory Board is working on two broad areas of interest.

1. Media Network – We are putting together a team of websites, journalists and writers, programmers, designers, artists, filmmakers and PR people to help form a network of media resources with the agenda of promoting Freethought in India. We have already held two meetings, and a report on the progress of the media network will soon follow.

2. Regional groups – The online organizational work at Nirmukta will run parallel with on-ground activism, beginning with the establishment of regional groups across the country. Although there are many rationalist groups in India, we feel that there is a need for a nation-wide network of groups that connect young and progressive Indian Freethinkers. Our Bangalore group is the most active one at the moment, although we are seeing interest from Chennai, Delhi and Mumbai.

Dr. Bala will begin acting in his capacity as coordinator, contacting individuals and groups across the country. His appointment helps bring the vast atheist community on the Orkut Atheism in India group together with the members of the Nirmukta facebook group, the Carvaka group on facebook, the Indian Atheists fan page on Facebook and the Indian Atheists group on Atheist Nexus, all of which have been under Nirmukta management since their inception.

Our plan is to build a large online coalition for Freethought in India. Join us, the movement needs you!

Note: This announcement has also been posted on the forums here. Please join us on the forums and become part of the Indian Freethought community. 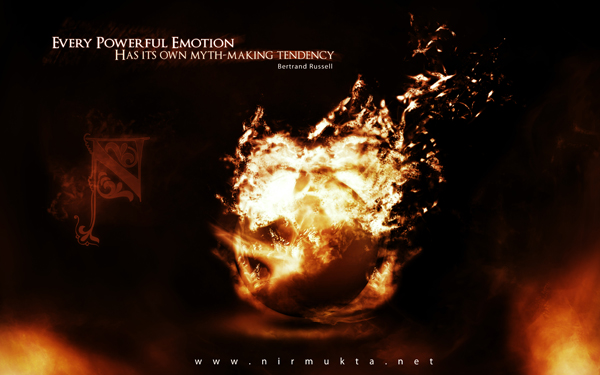