This article is developed from a post on the forums here.

You have probably heard the claim that Dawkins is arrogant. Usually this claim is directed at him from believers. But ever so often one hears it from other freethinkers, in the context of representing science and reason. The claim often is that Dawkins’ “arrogance” is actually counter-productive to the cause. Here is the video that has been quoted multiple times to make the case:

Most people who hear Dawkins say the words “Fuck Off” let their minds go blank as to the context. Multiple times I’ve had other atheists tell me that Dawkins sounds so “mean” when he dismisses people like that. But Dawkins is quoting someone else here! To anyone actually paying attention, its clear that Dawkins quotes the editor of New Scientist, to actually make the opposite point- that he is “not the worst”. Yet those intent on criticizing him for his logical and yet undoubtedly sharp criticism of religion latch onto such video clips to justify their intuitive dislike of Dawkins himself.

But this is an issue that is greater than just Dawkins. This concerns the entire freethought movement. What kinds of strategies should we take up when promoting science, critical thinking, naturalism and atheism?

I submit that we must adopt a pluralistic strategy.

Any single advocate for atheism cannot influence every type of individual who believes in the supernatural. This is obvious if you take into account how vastly different people are in their thinking.

That having said, there is absolutely no doubt that few (none, in my opinion) have been as influential as Dawkins has been in promoting reason and atheism in modern times. Time after time I have come across individuals for whom reading one or the other of his books was the straw that broke the proverbial camel’s back.

It is easy today to look at Dawkins from a critical standpoint, forgetting all the gains that atheists have made over the past 2 decades. But if we step back and take a look at how the modern atheist rights movement was born and has evolved, the role that he played becomes more apparent. Back in the 1970s and 80s, RD was a lone voice among the scientific community. His books, even back then, were tinged with arguments for a naturalistic epistemology, deriding the supernatural. I read The Selfish Gene in high school in the 90s. Hundreds of thousands of others were already “converts” by then.

There is a very important role that anger, ridicule and passion play in any social movement. While intellectual understanding is key to a movement that is well-grounded, it is the primary emotions that provide the impetus for social organization. Without this, atheism would simply remain an idea to be discussed in academia and in private settings.

Let me give you an example. Secular Humanism has been around for more than a century. Humanists often deride the ‘New Atheists’ for their bitterness. In 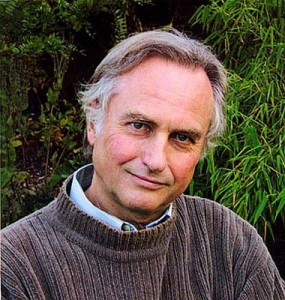 fact, the argument from many humanists has been that their tactics are more effective! But how many people knew about secular humanism before the ‘New Atheists’? Their whole movement was an academic one, restricted to an elite group of people who had the time and inclination for such intellectualisms. While the humanists were debating about human rights and ethics for over a century, atheists continued to remain in the shadows, in a cultural environment where they were unable to realize many of their fundamental rights. The only community that was available to most atheists was society at large. As you may well know, one of the most important functions of religion is to provide a common cultural ground to enable a common morality and social code to bring together people and form a functioning and content community. We atheists did not have this- not until a few years ago. It is easy to ignore the freedoms (from the point of view of social acceptance) we have gained towards expressing our beliefs in public and for gathering in the name of reason. It is easy to forget that millions of atheists crave the kind of social contact that religions have traditionally provided. It is even more easy to forget the role that anger, ridicule and passion have played in creating this global community of freethinkers. Without the ‘new atheists’, secular humanism would have remained irrelevant in the public sphere. Today we can meaningfully talk about replacing religion with a secular morality derived from humanistic principles only because of the social impetus that the ‘New Atheists’ like Dawkins have provided humanity with.

It is a false assumption that to convince a believer about the validity of atheism (or rather, the absurdity of religion) one needs to be gentle and defensive. That is complete bull. It may work in a few cases, but it is generally a long term strategy applicable only to a tiny segment of people, the ones who are genuinely interested in exploring the truth regardless of their personal emotional intuitions. The vast majority of religious people are absolutely reticent to question their own beliefs and instead will attack atheism blindly. Most people who have become atheists have done so because at some point they began to question their own beliefs. Contrary to the general assumption, this sort of questioning does not come naturally to everyone. It does not come simply because we present logical arguments defending atheism. It often comes because at some point, someone else questioned their ridiculous religious beliefs. Often because someone ridiculed those beliefs. Throughout history, this is how revolutionary ideas have dispersed through culture. Society does not work on the same principles of science, in that evidence and proof do not determine what the majority will believe. Ideas die in a culture when it becomes embarrassing to hold on to them. Social conformity is achieved not through intellectual discourse as much as through the need to belong. If your ridiculous beliefs are laughed at, you begin to question them. This may not apply to you or me or many in this group, assuming that we are more evidence-based on our thinking, but this certainly applies to the majority of people on earth.

Do not think that I am advocating personal attacks. I am talking about ridiculing irrational beliefs, not people.

In fact, I do not engage in debate with believers any more. At least, I try not to. This is the least effective strategy for someone like myself, since many religious folk seem to be unable to make the distinction between personal attacks and criticism of ideas. I think that what really works is for atheists to be visible to the community at large. If religious people actually see that atheists are a happy, moral and well-organized community, obtaining the same social benefits from cooperation and emotional fulfillment that religious people do, that is more effective in making them question their own beliefs. In the process, let’s have some fun laughing at absurd and false beliefs, even as we expose them for the dangers that they represent.