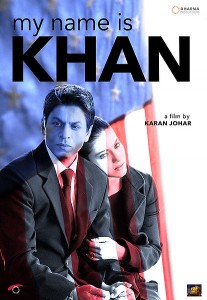 “There is no such thing as a good Muslim or a bad Muslim, and a good Hindu or a bad Hindu; there are only good people and bad people”.

These lines are from the recent super hit Hindi film My Name is Khan starring Shah Rukh Khan, and were spoken by the mother of the lead character to him when he was young. These words have been hailed by moderates among Hindus and Muslims alike.

As a humanist and an atheist, I personally think this is a positive statement, and hopefully it will seep into the popular culture of India enough to unite moderates across the spectrum. After all, only when the moderates unite can the fanatic fringe be restrained.

However, this statement grossly simplifies a multifaceted issue. It is true that people are ‘good’ or ‘bad’, regardless of whether they are of one religion or the other, or of no religion at all. Atheists too can be ‘good’ and ‘bad’, for we are human beings too. In fact, one of the arguments that religious apologists often give is, “Mao and Lenin Were Atheists too, and they killed millions”.

Why then, do atheists criticize religion? Why do we propagate a society based on reason rather than faith? Aren’t there always going to be ‘good’ and ‘bad’ people, regardless of whether there is religion or not?

The foremost reason why religion is detrimental to the society is that it creates a ‘system’ that enables the ‘bad’ amongst us to exploit the people above and beyond anything possible in a society based on freethought. To help you understand what I mean by this, allow me to illustrate how a ‘system’ can alter outcomes drastically, even though the mix of ‘good’ and ‘bad’ people remains unchanged.

Take the case of the bureaucracy; specifically that of a department working for a certain ministry in the government. Say 3 out of the 10 people in the department are ‘bad’ (the kind who would use their positions to amass wealth and power, and wouldn’t work if given a choice), and the rest are ‘good’ (fairly efficient people who just want to do their work and get on with life as ethically as possible).

The department where they work is such that there is no accountability and no deadlines. There are no rewards for good performance, and there is no punishment for failure. Everyone has a job for life, whether they work or not.

The work output of such a department would be fairly predictable. The 3 of the 10 can hold the ministry to ransom. They may amass wealth, harass the common man/woman, and delay regular work. If files are to pass through each of the 10 people, the 3 can hamper the working of the whole department. Hence most of the people who deal with this department would be harassed, even though 7 are doing their work well.

Now imagine instead a department that has a carrot and stick policy in place, with accountability and an enforceable deadline for every task delegated to it. The bosses have the power to fire anyone who doesn’t perform, or is corrupt. The boss is herself monitored for performance. Even though there still are 3 people who are ‘bad’, we can imagine how efficiently such a department would work. Work would be completed faster, there would be negligible corruption, and the morale of the ‘good’ people would probably be higher. The output is drastically different from the previous case even though the composition of workers assumed is the same.

The System, as we see, is the differentiating factor. It can create enabling conditions that can radically change outcomes, ceteris paribus.

Applying this Method of Inquiry to God-men, Yoga ‘Gurus’, and Religion

Let us assume a certain Sri Swami Baba is a yoga, lifestyle and spirituality ‘guru’. For the sake of this essay, let us assume that this God-man is ‘good’ at heart, and only wants to see you happy and wants world peace. He preaches that ‘God’ loves you and he wants you to pray to ‘Him’. He tells you how prayer can be effective, and also about the harmless but effective traditional medicine and yoga techniques that can cure you of certain diseases. Money isn’t his concern, and he pumps a large part of the money donated to him by his bhakts into philanthropic activity. He does not aim to acquire political power either.

Is there any reason why such a person would be detrimental to the society? The answer is a resounding yes.

The problem isn’t Sri Swami Baba himself, but the System that he promotes and legitimizes. Because Baba is a ‘good’ man, and people perceive him to have a ‘positive’ impact on the society, God-men, Yoga Gurus, etc, in general gain legitimacy and are conceived to be good for the society by the people at large. Such gurus are welcomed into the daily lives of the bhakts, monetary donations are made possible and full unflinching trust by the followers is ensured. Blind, unquestioning faith is encouraged, and fiction gets masqueraded as fact. People are made to believe that there are ‘forces out there’ beyond the comprehension of science that for some peculiar reason these God-men understand very well. The society begins to accept that such God-men are a way to attain success and happiness.

Ripe conditions are hence created for anyone to exploit for his or her own benefit. Such trust and faith in spiritual religious gurus can be made full use of by anyone willing to do so. When God-men are caught doing something wrong, people dismiss them as aberrations that deviate from the ‘norm’. But in fact, there is no deviation from any norm; it is built into the system. The ‘bad’ people can exploit such unquestioning trust by the people at large for their own aims (power, money and sex) because the ‘good’ ones, such as our Sri Swami Baba, have legitimized it.

Such exploits would not be possible if the social consciousness of the people encouraged critical thinking and reason. If healthy skepticism was encouraged and no one was trusted blindly unless he or she made sense to the individual, such ‘bad’ people would never be able to make use of the society at large for their nefarious purposes to such an effect. People would then begin to treat individual claims on their own merit, and wouldn’t have to defend something they don’t agree with just because they ascribe to a particular label.

Certain ‘gurus’ exploit the common man and the neo-rich alike. In India, followers of such gurus show unflinching support even when a scandal comes to light indicting them of several misdeeds. They are able to get away because of their political connections and by using their wealth, which they are able to amass from their supporters. This has been seen in the case of several God-men, the most famous case being that of Puttaparthy Sai Baba. This is also a consequence of the system that is held together by the ‘good’.

This is not to say, however, that ‘good’ God-men cannot have a positive impact on the society. They most certainly can instigate social change for the positive. There have been instances of God-men working towards causes such as curbing female infanticide. Social change, however, can be lasting only when it is instigated by reason, science, empathy and humanism, and not because of inherent claims made in the name of religion or ‘God’. Promoting more superstition to curb a practice is terrible for the long term, because it only gets rid of one problem, and completely ignores the root cause which is the substance that superstition is made of. However, such short term solutions are essential towards ending much imminent suffering, until the long term solutions such as education and women’s empowerment can begin to take effect.

In a society, beliefs about ‘God’, ‘morals’, etc are organised to form religion. Religion too is a system. The masses are trained to have blind and unquestioning faith in religious leaders. Perversions such as the above hence emerge from the nature of religion itself and not only because ‘bad’ people exist in any population sample. This is true of all religious systems, although some religions, such as Islam, demand more unquestioning faith than others, such as Buddhism. When such blind faith of the populace is secured, it becomes easier to exploit this power for personal benefits or political mileage. If coupled with violent scriptures, it becomes a perfect recipe for war and bloodshed.

Mao and Stalin Were Atheists

Analysed this way, we see why the fact that atheists such as Mao and Stalin were involved in the killings of millions of people does not point to such cases occurring in a purely freethinking society: Mao and Stalin were a part of a system in which they were unquestioned leaders of their ideological parties. The violence resulted from their attempts to secure political hegemony, and not because they disbelieved in the concept of god. This is different from a religious extremist killing in the name of the god and religion.

A freethinking society would reject any ideology where a ‘leader’ asks for blind faith and unquestioning support. The so called ‘New Atheist’ movement is out to promote a society based on pure reason and humanism. It is not a political and economic movement.

Irreligion: from a ‘Luxury’ to a ‘Necessity’

The unfortunate socio-economic, political and geographic realities of our society have led to a world where a vast majority live in heartless conditions. In spite of toiling in order to make ends meet, people have to deal with insecurity, exploitation, family problems and other issues. People hence understandably are quick to turn to religion for succor. The well-off also feel the need of religion to give them the comfort of ‘security’, economic and otherwise. That religion is fed to an individual right from birth and it is difficult to break out of this bubble is a different matter.

Irreligion, and in particular ‘atheism’, requires inquiry into history, science and philosophy, which in turn requires time, capacity to study, and patience. Freethought is hence a ‘luxury’ to most people in India and indeed the world for obvious reasons.

However, we see that religion itself contributes to the misery of the people at large, although the victims themselves do not realise it. Individual factors are blamed, but the structure itself goes unquestioned. This is a vicious cycle where misery is turning people to religion, which is adding to the further misery. Religion hides behind the smokescreen of ‘morals’, ‘values’, ‘peace’, etc, but gives rise to a behemoth due to the nature of its very structure.

It is hence imperative that this structure, or system, is transformed and replaced by one where humanism, and “atheistic spirituality” (for the lack of a better word), become the guiding philosophies in order to lead ethical and fulfilling lives.