This is the first in a series of simple introductory articles and videos on naturalistic philosophy.

Many of those of us who call ourselves freethinkers are aware that there is some fundamental difference between the way we view reality and the way the superstitious folks do. We believe in a naturalistic reality and the others subscribe to the supernatural. But what exactly is this difference? What does it mean to believe in a naturalistic reality? What is ‘natural’, and how is it different from ‘supernatural’?

Note: I will avoid discussion of the nature of evidence in this article since it will distract us from our objective here.

The key to understanding the natural universe is understanding the notion of causality. This idea can be stated simply as the relationship between two dependent events, where one is the caused and the other is the cause. Science works only because the natural world exhibits causality. In physics, causality is more accurately viewed as interaction between two events, objects or situations, with each of the two being both cause and effect at the same time.

“Everything that happens……. presupposes something upon which it follows by rule”

To get an idea of how supernaturalists relate to the notion of causality, let us consider three examples. Each is a hypothetical case where an individual suspends belief in causal reality at different points of reasoning.

Sethu from India believes that the Hindu god Ganesha is the keeper of his fortunes. Sethu spends 5 hours every week, praying to and performing duties for Ganesha. He strongly believes that his actions have been keeping him safe and comfortable.

In his regular life, Sethu is an engineer. His job requires him to possess and frequently rely on an exceptional amount of data on cause and effect. Even when he decides to go perform his puja, he doesn’t just close his eyes and wish that he was at the temple. He gets in his car and goes through the motions, knowing that the mechanics of the automobile will be the effect. He has a naturalistic understanding of these things. Cause and effect are intuitive in this way.

Yet when Sethu gets to the temple, he stops thinking in naturalistic terms. A very different type of behavior sets in. He appeals to what can only be conceived of as magic. This is his supernaturalistic side.

What happens here is that Sethu goes from a world where causality operates, to one in which causality does not apply, and he makes this switch based on no evidence at all! At the point where he begins to seek a supernatural explanation, Sethu stops subscribing to the real and observable principles of cause and effect and starts believing in magic.

Jen in the US knocks on wood to avoid tempting fate every time she boasts about herself to someone. She doesn’t really think about it past the ritualistic rap of knuckle on cedar. Her life is full of these meaningless idiosyncrasies.

But Jen is a successful businesswoman. She makes extremely rational decisions analyzing numbers all day long, to seek and identify patterns. She has an exceptional grasp of her natural surroundings, using the principles of cause and effect extremely well to navigate through life. Yet the superstitions are all right there. The early morning coffee and horoscopes, the frequent tarot card readings and psychic healing visits- all side by side with the everyday real-world things she does.

Jen finds it really easy to switch back and forth between the magical fantasy world ,where cause and effect do not apply, and the real naturalistic world where they do.

“[WHAT IS SUPERSTITION?] – To disregard the true relation between cause and effect.”

Meanwhile, she exercises her mind everyday at her job as a computer programmer. She understands how the code she writes has an effect, which has another effect and so on. Yalda acts as we all do when it comes to practical matters, under the premise that cause and effect apply in our universe. But when it comes to allah, she suspends belief in reason. She does not stop to question the logical incoherence of claiming to know anything at all about an all-knowing being who cannot be known because he is beyond cause and effect.

“All reasonings concerning matter of fact [the empirical reality] seem to be founded on the relation of Cause and Effect.” 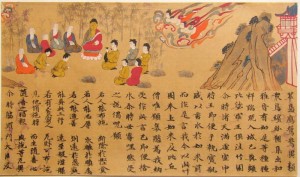 The Illustrated Sutra of Cause and Effect: 8th century, Japan.

reasoning to numerous beliefs in popular culture, it becomes apparent that everywhere a supernatural concept is evoked there is a required suspension of the laws of causality. In fact, belief in any supernatural requires a voluntary surrendering of the reasonable and fundamental assumption of science that all things must have a natural cause. To the superstitious mind, magic appears to be a reasonable solution- a sufficiently explanatory state of affairs. This sort of thinking is manifested in everything from belief in homeopathic medicines and psychic healing, to belief in god.

Not only is causality key to understanding natural reality, but understanding the causal nature of reality is also important towards attaining a better idea of who we are as sentient beings. The three above case-studies all defer to an external supernatural force. However, there is another type of supernatural belief, one that is just as prevalent and harmful, but involves looking inward, into oneself. This is the belief in the idea of an internal supernatural self; a soul.

The belief in a soul is manifested in many forms in human society, most prominently in the widespread belief in “free” agency. This is the illusion of an uncaused entity within us; the seat of our consciousness and sentience. This type of uncaused “free” agency is commonly known as free-will, or more technically, contra-causal free-will.

Is it possible, or even advantageous to forgo the supernatural belief in contra-causal free-will? Will our society be able to function morally without the notion of uncaused agency? Can personal responsibility survive as a fundamentally beneficial social construct, even in the absence of free-will? The answers to these questions and others will be covered in future parts of this series on naturalistic philosophy. The next one will be on the nature of knowledge, it’s forms and its attainment (epistemology).

Enjoy this brief video that I made as a very basic introduction to the tenets of Naturalism. 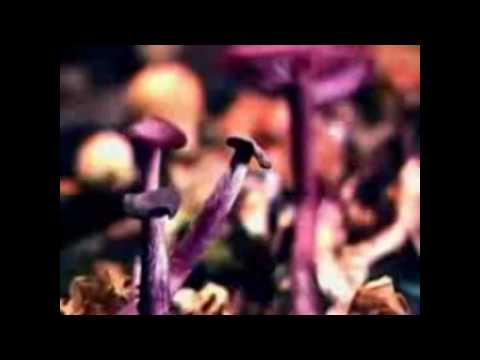