Very few people are exceptionally well-read on any one subject, and fewer still are masters of more than one area of expertise. Only the most versatile of people extend themselves any farther than that. Dr. Prabhakar Kamath is one such man.

Dr. Kamath has been writing a series of articles here on Nirmukta, on the evolution of religious thought in ancient India. His training as a psychiatrist and his 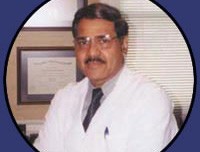 years of research on the history of India have given him much insight into the nature of the Indian mindset. Dr. Kamath is also well versed in the Bhagavad Gita. What is unique in the way Dr. Kamath reads the Gita, however, is that he reads it side by side with the known historical accounts of the subcontinent. This has given him a unique perspective, apparent in his articles here.

In this interview, we shine the light on another aspect of Dr. Kamath’s life’s work – his activism. After years of practicing psychiatry in the United States, Dr. Kamath moved back to India and through a series of events ended up founding and leading the modern consumer rights movement, the first of its kind in the country. This interview gives us a peek into the life of this great man, in the hope that some of his ideas and principles will influence us in our quest to promote freethought and rational thinking in India.

At the end of a lengthy recording session, Dr. Kamath still had much to say. We have decided that he will come on the show again to talk a bit more about his activism. Future interviews are also planned to discuss Dr. Kamath’s insights into Brahmanism and Indian history.

Leave a Reply to Aman X