While it is not very difficult to be theoretical about one being or not being a Hindu, for those of us who are out in the field, sometimes faced by an audience of thousands, questions do get asked about what we are doing and/or whether we are the narrow end of the wedge being used by the missionaries to convert people to their religions. There are queries as to when we question the miracles and/or the articles of faith  of Hindus- which is not very difficult to do- and make them lose their faith, if there will be a spiritual vacuum into which the Christian missionaries would step into and convert the lot to their faith. While this would seem to be totally illogical to anyone who has an idea of what our movement is, it is also a fact that most of the audience does not know anything about our movement except the programs which are conducted for the public-generally the miracle exposure programs. So, this most popular face of the movement get projected as the only face of the movement visible to the people. 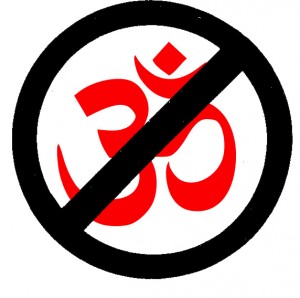 There are a number of limitations when one faces a large audience: the time available, the type of platform, the seating arrangements etc. Keeping these in mind one has to modify the presentation accordingly. The miracles of other religions generally come after about 15 items which can be said to be ‘Hindu’. Many a time we have to stop before these. It is not possible to have a sort of ‘balance’ between these. Many years back when I had an interaction with the public at St.John’s Medical College in Bangalore I said nothing about the miracles of Jesus Christ. When my program was over I was asked by the director of the Institution, a priest himself, as to why I had not said anything about them and whether it was due to any inhibition on my part. When I explained him to why it was so, he told me that I should make it a point to speak about them first when I go to any Christian institution! Next time he arranged a program for me I made it a point to do so! That apart, I make it compulsory to mention that I am a Humanist and that for me humanity is more important than any non-existent god. But, all these points will be difficult to put forward when you have the rabble-rousers of the Hindutva brigade waiting for an opportunity to create situations showing us in a bad light, trying to make their points by presenting totally irrelevant questions such as ‘what came first the hen or the egg’. They even make statements about “Christians” like Nostradamus to bolster their arguments!

The Hindu brigade also ask us why we are talking about Hindu miracles when there are so many such superstitions in other religions too. Being experienced in answering these questions, I am putting them in a list form along with my answers.

These arguments shut up most of our detractors.

As I have already mentioned elsewhere, a few years ago I had made a statement about cow’s urine being like the urine of any other animal like, say, a dog. This infuriated the Hindutva gang, particularly those who were making huge profits from selling concoctions of cow’s urine as a cure for all diseases. They planned legal action under both criminal and civil laws. A local newspaper ran a campaign against me. After nearly a month of this, the same newspaper carried a long write-up by a legal luminary who debated at length as to which sections of the criminal law could be applied to me for having hurt religious sentiments. After a long list of these and a discussion of the punishment for each of them, his conclusion was that none of them could be applied to me as I was a Hindu and reform is an ongoing process within the religion! He also said that if I were a Muslim or a Christian I could have been prosecuted under all of the laws on his list!

Thus a beef-eating atheist who has never undergone anyreligious ceremony in his life, does not subscribe to any of the rules of the Hindus and rejects the caste system, came to be classified as a Hindu by a retired sessions judge who was proclaimed as a legal luminary in these parts. Alas, he is no more that I may seek some clarification from him!