People sang, prayed, marched with candles and protested against terrorism. It all sounds so common, a little silly and rather childish. On 26 November 2009, throughout the day all the TV channels showed thousands of people – young, smart, educated, upper or at least middle class Bombayites (now called Mumbaikars) thronging to the gateway or Taj hotel.

The channels interviewed some hundreds of them. All we heard were – ‘oh no, not again!’ ‘It should not happen again’, ‘We want peace’, ‘We will not tolerate terrorism’,  ‘We salute the army and police for their bravery and sacrifice’, and such comments. We waited for some more serious and pointed questions, but were disappointed. Nobody asked these questions –

It is a pity that we Indians still get emotional and make sentimental exclamations. We behave as if these terrorist attacks are some natural calamities like Tsunami. We can only pray and sing for peace. Shame! 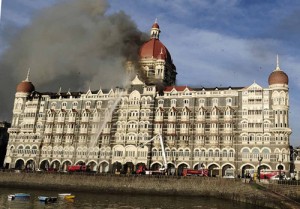