Note: This article first appeared in the CFN Newsletter for September – October 2009.

There’s nothing that skeptics enjoy more than a good debunking. Set up a big fat target and let the fun begin: How could anyone believe that nonsense? Or pose an apparently insuperable challenge: prove that you have paranormal powers and we’ll give you a million bucks. Thus far, no takers.

Among those leading the skeptical charge (my apology for omissions) are James Randi, founder of the Randi Educational Foundation; Michael Shermer, head of the Skeptics Society and author of Why People Believe Weird Things; Joe Nickel and others at the Committee for Skeptical Inquiry, publishers of Skeptical Inquirer; physicist and science-defender Lawrence Krauss; Massimo Pigliucci, host of Rationally Speaking; neurologist Steven Novella who heads the New England Skeptical Society and hosts Neurologica; and of course America’s favorite exploders of supernatural shibboleths and fashionable nonsense, Penn and Teller on their show Bullshit!. None of these guys are to be trifled with if you have the least propensity for wishful thinking. Their critical gaze has shredded every imaginable quackery, from Bigfoot to birthers, spoon-bending to séances, vaccine scare-mongering to visitations from the dead. If there’s no solid empirical evidence for it or if it’s logically suspect, they’re all over it, and then it’s all over for the wishful thinker. This of course fulfills an important function for the culture: keeping it intellectually honest, or at least less dishonest.

Given all this, it’s striking that the skeptical community pays relatively little attention to one of the weirdest beliefs going: that human beings have contra-causal free will.[1]

Although the actual prevalence of this belief is just now being researched, it’s probably safe to say that many folks suppose that our choices transcend natural causal laws in some respect, such that we are miniature first causes, like God. Sitting inside each of us is an unmoved mover, an immaterial soul or mental agent, that gets to pick and choose among courses of action without itself being determined in its choices. But of course there’s no evidence for such a supernatural thing. We are natural, physical beings through and through, and our choices, dependent as they are on the workings of our brains, cannot transcend the laws of cause and effect that hold elsewhere in nature. This doesn’t mean we aren’t rational and moral beings (a good deal of the time anyway), but we aren’t contra-causal. Nor is it logically possible to be self-caused in any ultimate respect, which is pretty much what contra-causal free will requires.

Most scientists and philosophers have long since given up on immaterial agents with contra-causal free will, also called libertarian free will or strong “agent causation.”[2] Some in the philosophical community even describe themselves as free will skeptics. Being academics, they of course disagree on many of the fine points (huge, from their perspective) of what’s called action theory, but none put stock in uncaused causers. But such skepticism has thus far not found a strong public voice in the wider community of skeptics and their leaders mentioned above. Why not, one wonders?

Before speculating about this, I should mention that a few skeptics have trained their sights specifically on libertarian free will, which is most 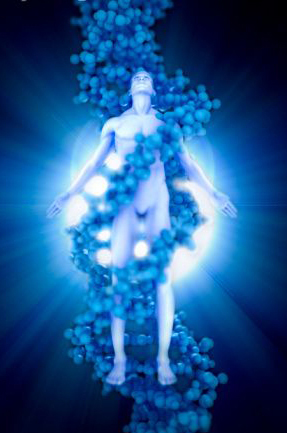 encouraging. The hosts of Reasonable Doubts – Jeremy Beahan, Luke Galen, and David Fletcher – aired a three part series on free will and determinism (episodes 29, 30, 34) which did a good job of showing the logical and empirical difficulties of belief in uncaused causers. (Note: I was interviewed during the second half of the second show, but my contribution mainly echoed what the hosts had already concluded in the first half of the series.)  Even better, they discussed the significance of the challenge to free will, of how giving up belief in human causal exceptionalism can affect beliefs about credit, blame, punishment, merit and inequality in ways that help promote a more compassionate and cause-cognizant (and therefore smarter) culture.

So why isn’t contra-causal free will being vigorously targeted by skeptics, given its manifest implausibilities, implausibilities at least equal to alien abduction? An unlikely possibility is that they aren’t aware of the issue. Given the historical prominence of the free will question, plus the increasing pressure science is putting on the idea of our being first causes, most skeptics have likely thought about human freedom. Michael Shermer, for one, discusses free will in his book The Mind of the Market (pp. 235-8) in the context of defending compatibilist versions of it, those compatible with determinism. Free will has also been discussed occasionally on some skeptic blogs (see note 1), so it isn’t invisible to the skeptical community.

Another possibility is that skeptics suppose there’s little to be gained by broaching what’s often called one of the great unsolved questions of philosophy. Why rehash old debates about free will? But the debate about whether we have contra-causal free will is pretty much settled, at least in the academic and scientific communities: we don’t. The puzzle of free will now mainly consists in how we might rethink our notions of self, freedom and responsibility in light of the death of the soul, and what this implies for our responsibility practices, for instance in criminal justice. These are momentous questions that skeptics can help bring to the fore by prying the public loose from their supernatural notions of self and freedom.

A third possibility is that skeptics are well aware of the weirdness of contra-causal free will, but reluctant to publicly challenge a belief so central to Western culture. To do so would open a rather large can of worms: If we’re fully caused to do what we do, what happens to personal responsibility? Are we just puppets of fate? Do killers go free? Do billionaires deserve their riches? These are questions that skeptics might be reluctant to take on, even though challenging a free willer might prove entertaining. Imagine Penn Gillette asking:

You believe what? Let me get this straight, you think you can just choose to lose weight/stop smoking/get rich? You think we have that kind of power? Prove it!

But, having had his fun, he’d then have to reassure everyone that it’s OK not to have free will. To debunk free will responsibly requires that the skeptic articulate good reasons why we don’t need to be exceptions from cause and effect, otherwise people might go away supposing that everything’s permitted or that their choices don’t make a difference. Given the undeserved but widespread dislike of determinism as the nefarious subverter of human dignity (see here), putting people at ease about it is not a trivial undertaking, and might give skeptics pause.

This points up the fact that many of the weird beliefs debunked by skeptics over the years haven’t been particularly central to our self-concept or our culture. It isn’t a problem for most of us that we haven’t been visited by aliens, that the Loch Ness monster doesn’t exist, that Reiki healing is just the placebo effect, and that we don’t have paranormal powers. What’s more of a problem than any particular belief is the gullibility, illogicality, wishful thinking and confirmation bias that permits such nonsense to flourish. As champions of rationality, empiricism and critical thinking, skeptics are, thankfully, fighting the good fight against the temptations of unreason and the supernatural. May their ranks increase.

Should they turn their attention to beliefs in contra-causal freedom, they’ll find the same cognitive failings in play, but as we’ve seen, the stakes are considerably higher. Free will skepticism isn’t to be undertaken lightly, which may explain why few leading skeptics are undertaking it in their magazines, lectures, blogs and podcasts. Still, as the philosophically savvy crew at Reasonable Doubts demonstrates, if you’ve considered what life would be like after free will, and understand its viability and indeed its virtues, then you’ll be in a position to offer the necessary reassurances. We can, it turns out, be responsibly skeptical of the widespread, weird belief at the core of the Western conception of self: that we somehow transcend the causal laws of the natural world that brought us into being.[3]

[1] A web search turned up some online discussions related to free will by skeptics, including blogs at Skepchick (Free will, Free will as illusion, Does free will exist?, Train delays, horoscopes and free will), Neurologica (Decision Making in the Brain) and Skepticblog (So many choices). Also found were Implications of no free will at the Skeptic.com discussion board (starting with a post on the virtues of realizing we don’t have free will) and Does free will exist?, on a South African skeptic discussion board. But I didn’t find any major articles debunking  belief in contra-causal free will.

[2] There is a small but resilient minority, including David Hodgson and Tibor Machan, that won’t give up on strong agent causation, partially because they suppose Western civilization depends on it.

[3] Not having done an exhaustive search of the skeptical literature, there’s undoubtedly more skepticism out there about free will than I’m aware of. So, be skeptical about my assessment in this article.