I published an article ‘A Scientific View of the God Delusion and its Implications‘ online at Nirmukta in July 2009. The drafting of this article (started long ago) was spread over a few months, and I had completed the writing by June 2008. I had emailed it to a large number of my colleagues and friends, mostly scientists, inviting their reactions. I present here a summary of over one year of data collection regarding their responses. I list the responses in a decreasing order of frequency.

1. Stony silence. This was the most frequent response. Or: ‘Oh, I just could not find time to read it fully.’ I could notice a sense of embarrassment in some cases, perhaps because my article has the statement that, personally, as a scientist I should do nothing that insults the spirit of the scientific method. And they all know what the scientific method demands.

2. ‘No matter what you say, there is a power up there.’ I have already dealt with this attitude in great detail in my article.

3. ‘There are things about life and the universe that I am incapable of understanding.‘ This reaction came from some of the very bright scientists, and was also an expression of their humility. I can understand that many of them strongly believe that science has only a limited domain of applicability, and that the God concept lies outside that domain. I do not agree with this, and the onus is on them to argue why they think so. They are scientists, and must argue why they think that the God hypothesis is a good hypothesis. They surely know what constitutes a good hypothesis.

4. ‘I am a borderline case.’ I think they are the people who have done very little reading of the rationalist literature. They have not heard of Richard Dawkins, Daniel Dennett, Carl Sagan, Steven Weinberg, perhaps not even Bertrand Russell.

5. ‘I am too busy to find time for such things.’ I some cases I could sense the insinuation that, whereas they are busy doing worthwhile things, I have nothing better to do than rake up the God question!

6. ‘Who am I to question the existence of God Almighty?’ This is something remarkable (and very disturbing) that organized religion has been able to achieve. It not only makes statements which must not be questioned, or are falsifiable, it also instils at a very young age the fear of God. Of course, there is an immediate reward for those gentle ‘souls’ which accept this: They are labelled as people who are ‘pious’ and humble, and therefore ‘noble’. Organized religion has a self-perpetuating feature.

7. ‘What a refreshing worldview! Thank you very much!’ Such a response was invariably from the younger age-group of Indian scientists.

8. Outright offence. I noticed that such people are mostly from a particular caste.

9. ‘I am a rationalist, but I also care about the sensibilities of my wife.’ There is an important question of parenthood here. They think that it would be difficult for them to instil moral values in their children in a ‘Godless’ home. Now this is a serious issue. The Brights’ Net has taken a major initiative in this regard. Their October 2009 bulletin reads as follows:

‘How well-grounded in current scientific knowledge is The Brights’ Net’s supposition that human morality has natural underpinnings (no recognition of any supernatural foundations)? The Brights’ “Reality about Morality Project” was launched in 2006 to find out. Could we achieve authentication of this supposition by researchers in the field? The four assertions Brights drafted have been reviewed and shaped by seven noted scientists and ethical philosophers, and so we can now issue some scientifically defensible declarations. The statements, grounded in current scientific knowledge, can become a foundation for developing educational materials and media strategies. We want to build a broader understanding of morality first within the constituency. Then, with interested and knowledgeable Brights at hand, we can subsequently turn out attention to educating the general public. Look for a special emailed announcement on this topic in mid-October. By then, final statements and associated “substantiating studies” will have been posted on the website along with a panel-recommended listing of background readings. Any Brights wishing to become better versed in demonstrating that “morality is natural!” will surely be interested in those readings.’

While I look forward to what they are going to announce, I feel that we Indians should evolve our own answers to the question of morality vs. irreligion. I invite readers to come forward with their views.

10. Lastly I want to mention the response of Hindu scientists who said that they are least worried about any possible ‘onslaught’ from rationalism. They pointed out that the Hindu worldview has a place for rationalists also. They say that there are so many ways of ‘realizing’ God, and questioning his existence is one of them. This philosophy is so sure of itself that there is no doubt in the mind of the Hindu that every nonbeliever will end up being a believer! What do you think?

Nonresident Indians (NRIs) face a peculiar situation. They are worried about the morality of their children, particularly daughters, in the ‘wicked West’. Most of them oppose any talk of rationalism, and are convinced that only a religious upbringing is good for the welfare of their children. Readers may like to comment on this.

Another question is regarding the mental state of a person who has, say, recently lost a loved one, or who is suffering from a life-threatening disease at a young age. Where can such an atheist go for a support system? Pantheism (‘sexed-up atheism‘) or ‘religious naturalism’ provides some answers.

A scientist’s job is to explore and investigate Nature and discover its secrets. In 1998, Richard Dawkins published a book: Unweaving the Rainbow: Science, Delusion and the Appetite for Wonder. I am certain that most scientists are not even aware of this book, which is a pity. In this book Dawkins faces and answers the question: Did Newton ‘unweave the rainbow’ by reducing it to its prismatic colours, as Keats contended? Did he, in other words, diminish beauty? Dawkins’ answer is: ‘Newton’s unweaving of the rainbow led on to spectroscopy, which has proved the key to much of what we know today about the cosmos. And the heart of any poet worthy of the title Romantic could not fail to leap up if he beheld the universe of Einstein, Hubble and hawking. We read its nature through Fraunhofer lines – ‘Barcodes of the stars’ – and their shifts along the spectrum. The image of barcodes carries us on to the very different, but equally intriguing realm of sound (Barcodes on the Air); and then DNA fingerprinting (Barcodes of the Bar), which offers the opportunity to reflect on other aspects of the role of science in society.’ Mysteries do not lose their poetry because they are solved: the solution often is more beautiful than the puzzle, uncovering deeper mysteries. 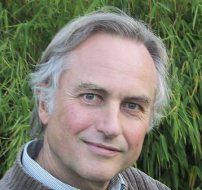 Carl Sagan was another eminent scientist (an astronomer of great standing) who brought out the same aspect of the scientific worldview. He pointed out that the actual grandeur of the cosmos is far greater than that visualized by any religion. 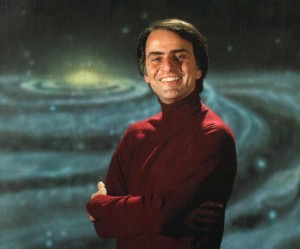 Why is it that most Indian scientists subscribe to the ‘conspiracy of silence‘? Why is it that for many of them a scientific career is just another way of earning a livelihood? They do science in ‘office’ or laboratory, and then go home and forget that they are scientists. Why?

Leave a Reply to Howardwag X