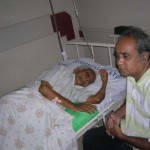 and it was only a matter time before his health was seriously affected. Last week this happened and he had to be hospitalized. All his vital organs have been affected, particularly the liver and kidneys. However, his brain and his ideology are still intact and we wanted the world to know about it and make a declaration on his behalf that it remains so. 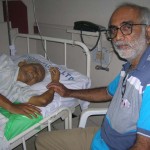 So, Somu and I went to Podanur on the 20th September and then on to the Abirami hospital where he had been admitted. He was quite drowsy and not responding to queries until I told him that there was a rumour that he has started believing in god and supernatural powers. He opened his eyes and said who says that? And that was the clear indication that however ill he may be, he continues to hold on to his convictions! He said that is nonsense. So, I told him that we should say so to the world and he agreed. The statement reproduced herein was put for his signature. But, his hands were weak and hence we had to take his thumb impression too. The declaration has been witnessed by Dr. Maya Prabhu his sister and Suneera one of his admirers who has been taking care of him. 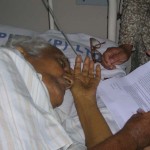 want to attack us. They would like to spread rumors that eminent rationalists have changed on their death bed, have gone back to god and spiritualism etc. We do not want to give any occasion for such rumors and hence though it may 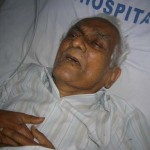 sound morbid I had to complete his task. I would like the same to be done to me when I am on my death bed so that all can know that we hold on to our convictions whatever the circumstances may be.

This short report is a bulletin on the health of one of those who have inspired a whole generation and have done significant work to build up the movement. As and when news is received I shall make more such communications.

TO WHOMEVER  IT MAY CONCERN

Declaration of attitude and temperament

I, B. Premanand s/o late Sri Basava Prabhu, 80 years of age resident Chettipalayam Road, Podanur,  sound of mind though suffering from physical complications caused by metastases in many organs caused by carcinoma of the stomach herein solemnly wish to place on record the following:

I want to convey to all that the struggle against the exploitation by god men and so called supernatural forces is a long and hard one but the ultimate victory will be ours.
My very survival has been a challenge to astrologers and their so called “science” of astrology, as they had all predicted that I would die soon after birth and refused to cast a horoscope for me.
I wish to convey to my colleagues of the rationalist movement to continue the work that I have been doing with renewed vigor and that will be the best of tributes for me. 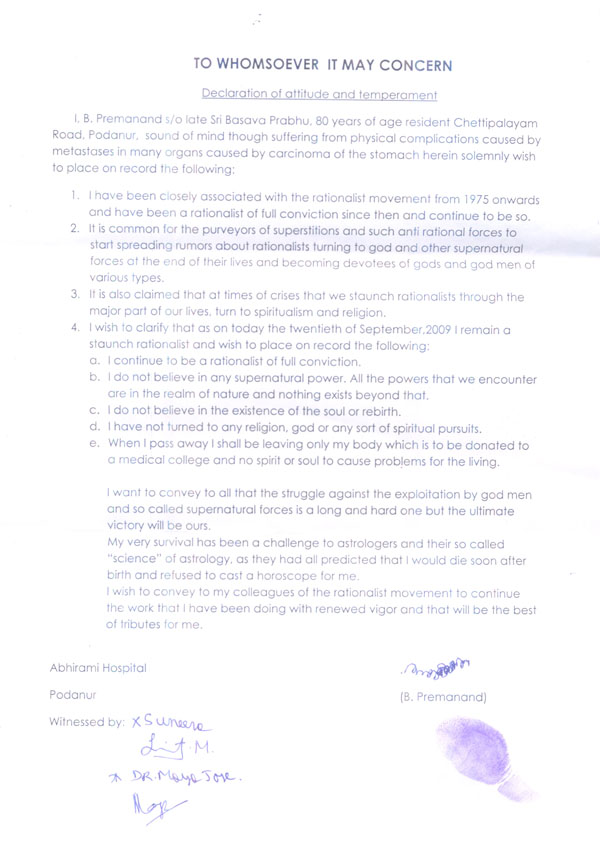