Life for us is pretty convenient nowadays. Much of this convenience could be attributed to technology that is involved in our lives to such a great extent today that we almost take it for granted. You wake up thanks to the alarm on your cell phone (even better is the snooze feature that lets you extend your sleep), travel in A/C fitted vehicles with LCD screens while listening to your favourite Floyd song on the move, run programs or generate “process related” reports (although most of it is crap!) on your laptop/ desktop at work. You can speak to your friend in Scotland while gyming, put him on hold and pick your girlfriend’s call thanks to your cell phone (which has other less important features like GPS, GPRS, MP3 playback and a whole range of 3G features) . You can download music, movies, chat, shop, pay bills, book tickets, bank/ trade online, have virtual avtaars, network with people with the help of internet. You can travel long distances in the comfort of flights or save your company some bucks (and for what!!) by using tele/ video conferencing facilities. The things I’ve mentioned above are pretty common and one would feel ‘handicapped’ in a sense if some of these facilities were not accessible to him. I’ve not even started with smashing protons, QED, Mars missions, telescopes peeking into the birth and death of stars thousands of light years away from Earth, AS50, ICBMs, F1 technology……this thing could be endless!!

The point I’m trying to make is that we have achieved remarkable progress in science and technology which would mean enhanced reasoning capability. We have ideas/ philosophies (rationalism, objectivism), concepts of democracy, constitution of a nation, economy, social justice which reflect the progress in our thinking. We even have the elegant theory of evolution (since 1859) that best explains our origin and the big bang theory that would explain the start of the universe. Why then in this scientific era do people still believe in god and follow a particular religion? Why do they still let superstitions and religious beliefs govern their daily lives? Why do they interpret simple situations as acts of god or god’s intervention? Why do they let men in saffron robes, white gowns or caps on their heads instruct them on how to lead their lives?

I do not have convincing answers to questions posed above. Religious beliefs may persist because of parents who pass them onto their children from 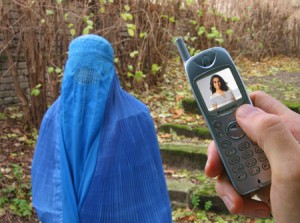 an early stage. After teaching them to say ‘amma’ and ‘pappa’ babies are taught to say “Bappa Govinda”, kneel before idols in respect, chant prayers and shlokas without even getting the meaning of words being uttered. They are supposed to thank god when good things happen to them and blame their bad karma and accept ‘god’s punishment’ when bad things happen to them. People might be greatly influenced by the words of the swamijis, bishops or imams to take the religious path and ’embrace’ god. Some people believe in a ‘higher supernatural power that is their source of strength, inspiration and that runs the world. People are tricked into thinking that it is the belief in god and the religious scriptures that teach us to lead a ‘purposeful’ life. People look to scriptures for ethics and morals and find a way of living in them. These reasons are quite plausible but not totally convincing as to why god and religion have stuck around for so many centuries now.

After I started reading about evolution and evolutionary psychology, I wondered if there were any evolutionary reasons for humans’ belief in god. Could it be that belief in god enhanced the survival chances of humans? Some interesting points emerge as Richard Dawkins discusses the issue of belief in god from a Darwinian point of view in his book ‘The God Delusion’. He tries to provide the ‘ultimate’ reasons for humans to believe in god by throwing light upon the dualistic nature of the human mind which separates the mind from the matter thus paving way for the concept of ‘soul’ which is immortal. The teleological nature of the way in which kids think assigns ‘purpose’ to inanimate objects and as they grow up a mapping between the soul and god’s purpose emerges. Evolutionary biologists also discuss the possibility of religion being a ‘by-product’ of the things mentioned above and some ‘misfirings’ between the different lobes of the brain in the course of its evolution.

Although the origins of belief in god are still being debated and we cant place our bets on any one single idea, it is fairly easy to see how the god concept came into being. I find it ironical that in this scientific era the god concept and words of ‘godmen’ are accepted with such ease and fierce conviction that people are driven enough to kill each other. Yet some of the most knowledgeable and brightest minds are left out of breath and frustrated in their attempts to widen human thought, and often have to live their lives with the scare of a ‘fatwah’. That there exists no one single idea about the origins of the universe, the belief in god and other such things that theology touches open is no proof that the scientific process is faulty. In fact it is this convergence (or divergence) of various ideas that places science much above the god hypothesis in terms of logic and rational conclusions. This process ensures that ideas are constanly refined and improved upon like in a control system with a feedback loop. Even though the ideas change, the core steps of having an open mind to new ideas with better logic and evidence, having an ever inquisitive mind and reasoning do not and that makes science a reliable tool for churning out new ideas.