Humans wonder about the origin of life on the Earth. For most of us it is difficult to imagine how life can arise out of no-life, so we tend to think in terms of a Creator who created not only life, but also everything else. This is not a satisfactory answer for a rationalist. It so happens that a satisfactory answer can indeed be found within the ambit of the scientific method of posing and answering questions. The problem is that since most people have not been brought up in an atmosphere of free enquiry, certain scientific truths become hard to accept. This is particularly true about the irrelevance of the God concept. Another problem is that some scientific ideas are difficult to understand and explain, and may sometimes require a lifetime of training and practice. One solution to this problem is that scientists should do their best to reach out to the public at large, and explain science to them in a simple language. Carl Sagan, Richard Dawkins, and Jayant Narlikar are some notable examples of eminent scientists who have been doing that.

The science of complexity is a relatively new branch of science, in the sense that research work in it has exploded during the last couple of decades 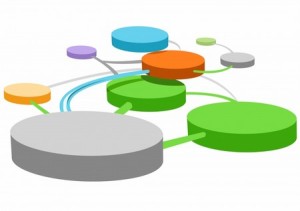 only. The fascinating thing about it is that it aims at explaining some of the most difficult questions covering just about all branches of science, and much else. Complexity studies have strategic importance also. As Stephen Hawking said, the present century will be the century of complexity. Heinz Pagels was more specific:

“I am convinced that the nations and people who master the new sciences of complexity will become the economic, cultural, and political superpowers of the next century (meaning the present century).”

Through a series of articles on this website, I shall try to explain complexity in a somewhat nontechnical language. In this opening article, I answer the question: What is complexity? As we shall see in due course, the origin of life, and of much else, has a rational and natural (rather than supernatural) answer in terms of the evolution of complexity in Nature. Even consciousness can be regarded as a manifestation of the ever-increasing degree of complexity in the universe.

A complex system usually consists of a large number of simple members, elements or agents, which interact with one another and with the environment, and which have the potential to generate qualitatively NEW collective behaviour, the manifestations of this behaviour being the spontaneous creation of new spatial, temporal, or functional structures. A complex system is an ‘open’ system involving ‘nonlinear interactions’ among its subunits which can exhibit, under certain conditions, a marked degree of coherent or ordered behaviour extending well beyond the scale or range of the individual subunits.

And the term ‘nonlinear interactions’ in the above definition of a complex system means that the proportionality factor determining the output Y of the system for a given input X is not a constant; i.e. it is not independent of the input (Y = A(X) X). This nonlinearity has far-reaching consequences for the time-evolution of the system. In particular, its future progression of events may become very sensitive to conditions at any given point of time. ‘Chaotic systems’ are striking examples of this.

Here are some example of complex systems: whirlpools; beehives; ant colonies; investors in a stock market; the set of neurons comprising the brain of a mammal; a biological cell; the economy of a nation; the world economy; a social network; human culture; our ecosphere; and so on. A characteristic feature of complex systems is the emergence of UNEXPECTED properties or behaviour (this will be explained later). The emergence of life out of no-life is one such unexpected property.

Our interest in the sciences of complexity arises from the fact that we want satisfactory answers to questions like the following:

Why is there something rather than nothing?

How did the first living cell arise?

Why and how did individual cells form alliances into more complex living forms?

Can Darwinian selection alone account for the emergence of such intricate organs as the eye?

How does the brain give rise to feelings, thought, purpose, consciousness?

Why are we not able to make long-term predictions about the behaviour of stock markets?

Why are we not able to predict weather on a long-term basis?

Why do civilizations collapse?

Why have certain ancient species remained stable for long periods and then disappeared?

How do social organizations arise?

All these questions are about complex systems. Although good progress has been made during the last couple of decades, we still have a long way to go before we can claim to have understood complexity to a decent level. Nevertheless, the study of complex systems helps make connections, and draw parallels, among widely different subjects of enquiry like physics, biology, behavioural sciences, arts, and humanities. There is a common thread running through all types of complex systems: In a living system, a huge number of molecules organize themselves into an entity that moves, that responds to stimuli, and that reproduces. In a brain, a network of billions of neurons self-organizes to give rise to a sense of identity to the living being. Even in inanimate matter, simple particles governed by the simple laws of physics organize themselves unexpectedly into galaxies, stars,

crystals, snowflakes, and hurricanes. The marketplace involves a large number of people. Here also the principle of increasing returns, or positive feedback, gives rise to wild and unpredictable fluctuations, in violation of the classical economic theory of equilibrium or negative feedback (which ensures a balance between demand and supply) championed by Adam Smith.

We humans and our interactions with one another, and with our biosphere, are among the most complex imaginable systems. What is our future going to be like? Although we cannot make definite predictions, even probabilistic statements about the more likely scenarios can have a salutary effect on how we conduct our affairs (e.g. regarding the management of global warming) to achieve high levels of sustainability.

I hope I have given you a feel for what complexity is all about. The next question is: Can we quantify complexity? Yes we can, in terms of the ‘DEGREE OF COMPLEXITY’ of a system, provided we are clear about what type of complexity we are taking about. Part 2 of this series of articles will address that question.

I conclude this introduction to complexity with a beautiful quotation:

“The flower invites the butterfly with no-mind,

The butterfly visits the flower with no-mind.

The flower opens, the butterfly comes;

The butterfly comes, the flower opens.

I don’t know others,

Others don’t know me.