The “Indian Silicon Valley” is now in ‘panic’. The pandemic of swine flu hasepts got the better of the outwardly modern Bangaloreans. You see boys and girls promenading through the air-conditioned malls in their trademark tight jeans, with inane slogans blazed across their t-shirts. Now, after the swine-flu, they have an extra-fitting added – a mask. It looks like they have taken a fancy for this stuff. With the mask, they now look exactly like pigs! 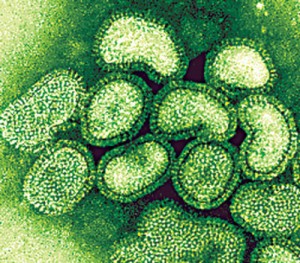 The morning newspapers scream that the swine flu toll has risen to seven. According to one newspaper the total number of positive cases of the viral disease detected in the country as on 10 August 2009 stood at 864 and the number of confirmed cases in Karnataka stood at 92. (Deccan Chronicle, Bangalore, 11 August 2009). Schools in the city are reported to have been closed.

After having had a light-hearted discussion in the morning with a colleague about the irrational behavior of those who are affected by the fear of swine-flu, I was jolted in the afternoon by a cell-phone SMS that reads: “Pass this message to everyone. Use ‘Nilgiri Oil’ drops on handkerchiefs and masks as one of the preventive measures against swine flu (NIV) – National Institute of Virology.”

The National Institute of Virology in Pune is a pre-eminent institution in India, doing solid research in viral infections and other related fields. And here is a message straight from the horse-mouth advising me to panic and make others panic! As a common man with scanty knowledge of viral infections and the possible medical properties of Eucalyptus Oil (commonly known as Nilgiri Oil in this part of the world, though the tree is not indigenous to Nilgiri Hills, or even India), what should I do? Should I forward the message to my colleagues, friends, and relatives to save them from an imminent attack of the deadly swine-flu? Here is a simple remedy available even in provision stores and with street peddlers! These were the thoughts that flashed across my mind in an instant. Having come across innumerable hoax emails and SMS messages, I refused to buy this message from my friend. Instead of forwarding the SMS to anybody else, I texted her this message: “I don’t believe it without verifying its authenticity”. (As a pleasant surprise, she replied me back: “I knew your answer”!)

Knowing that NIV would definitely have this panacea endorsed in their website, had the SMS been authentic, in the evening, when I got sufficient time to access the internet, I googled for the website of National Institute of Virology, Pune. When the page opened up, the first thing I noticed was a scrolling text (html marque) at the bottom of the page in bold red letters. And it read:

NIV has not recommended any indigenous formulations like Nilgiri oil, etc as use against novel H1N1 (Swine Flu). Please refer to authentic public health information or call the help lines for queries. 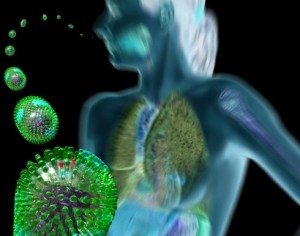 With the timely intervention of the NIV, one would have thought this faux-SMS would stop to have any effect on the people. Not really, it seems. The panic generated and sustained by the sensationalist media is such that the people continue to believe it despite NIV’s denial. For instance, my friend who sent me the SMS yesterday and who was informed about NIV’s denial, came to the office today splashing her duppatta with Eucalyptus oil!

In due course this panic will slowly die out, but we should continue to be agitated by the tendency of the people to be carried away by rumours. We witnessed similar hilarious antics earlier too, when people ‘fed’ litres of precious milk to Ganesha idols; when they rushed to the seashores of Mumbai to collect “sweet water” and even fed it to their toddlers!

Why do people behave like suckers, fall for every ‘miracle”, every other quack medicine, without bothering to verify whether it is correct or not ? Why do they instinctively forward ridiculously silly chain-letters claiming miraculous benefits if forwarded to a certain number of persons or wrath of this or that deity if not done?

It seems to me, most of those who fall for these things belong to the same category of people who refuse to employ their critical thinking skills regarding the religion and related belief systems with which they are brought up. And irrational behaviour in such a predominant area of one’s life will necessarily leave some marks on other areas too. I also believe that critical thinking is a skill that can be acquired. One need not wallow in the marshy land of superstition and rituals forever.

Here are a few links giving correct information on the Swine Flu: