Editor’s Note: This article was originally written for Mangalore Today.

The ten year old waited with bated breath, anxiously listening to sounds of the wind, he huddled close to his mother. The other siblings were busy playing and the youngest, a babe in arms, was asleep. He kept asking his mother when the winds would blow, the deluge start and the world come to an end. Mother told him to chant Ram’s name and that it would perhaps save all their lives. He did so with all the sincerity that a decade in this world could ensure. When the clock struck the appointed hour, his heart was racing, the prayers became more fervent. Father was not at home and hence it was his responsibility as the eldest son to save the family when the predicted deluge came. He wondered at the callousness of his father who was busy with his shop when the calamity hit.

He sat anxiously waiting for the first signs of the end of world, the strong wind. But, nothing happened the sounds were that of the usual rustling of the fronds of the coconut palms which surrounded the house. Well what was the cause of anxiety? Some time before that date, some wise (!) sages of Italy (no relatives of the present well known one of those roots) had forecast that the world would come to an end soon. They had also announced that date and time well in advance so that those forewarned could save themselves! The young boy, not knowing about the date and time zones at 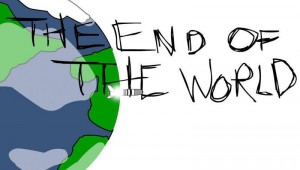 that time, had really believed that. Again, he and his sister were studying at Roman Catholic schools where anything of Italian origin would be acceptable without any question, and hence the teachers were all inclined to agree with these prophecies! The anticlimax was that no such calamity occurred and after waiting for a few hours more the boy went to sleep with a little amount of anxiety as to what would happen that night. When he woke up the next morning he discovered that the world was safe and sound.

That little boy has now spent five decades in the world after having come into contact with his first prediction of the end of the world. Well, he is none other than yours truly. One thing that I have discovered about all the major and minor prophets of doomsday is that they have one thing in common- every one of them has been proved to be totally wrong! But, that does not prevent them from coming up with new such predictions with periodic regularity and scaring the gullible. Again, none of these had predicted the Tsunami that devastated the coastlines of Asia, the recession that plunged the world into a crisis or any other event that has changed the world.

The last time such a prediction caused a major upheaval was in the ranting of a moron called Narendra (not the one writing this), in a book called Pralaya in Kannada. That book had been consigned to the dustbins, from where it was picked up by a magazine called Taranga published by the same Pai group whose newspaper sans editorial is anxiously devoured by the gullible public of the coastal districts more with an eye on the obituary columns than for its biased news content. The lead story was that the coast would soon be under the water due to global warming (!), earthquakes would follow and devastation. There would be some exemptions to this- though Kodagu would be submerged; Puttaparthi which is at a much lower altitude would not be- due the holy presence of the Afro haired self-styled godman etc. While none of those predicted things happened, some other things happened as expected- the circulation of the rag improved and it certainly created anxiety among the super intelligent residents of the coastal districts, who not discriminating between paid ads and what was claimed to be news, associated the news published by this group with the veracity of its obituary columns.

Many motives were ascribed to the publication. Some claimed that it was aimed at driving down the property prices in the district leading to distress sales and that the cash rich would purchase all the offerings at throwaway prices and make a killing. Some others also lined their pockets by plagiarizing the relevant portions and publishing that as a booklet. The children were certainly not consoled by their teachers who told them that such a thing could happen. Anyway, the whole attempt at creating panic passed off without any major related mishap. The credibility of this group (or whatever little it had) took a beating due to this, but it did not matter much to them. These forecasts of doomsday were published as far as Gujarath and Madhya Pradesh well after the original dates on which the events were to happen. However, these publications were clever enough to alter the predicted occurrence to a later date!

But predictions of doomsday keep cropping up now and then. One has to understand why it is so common. All the major religions of the world with the exceptions of Buddhism and Jainism have concepts of the world coming to an end. Even tribal cultures have these concepts. The end is usually predicted by flooding though there are some mentions of fires, plagues and earthquakes. This has perhaps come up from the cultures in which the travels of most of the people were restricted to a few hundred kilometers around the places where they would be normally residing. A flood covering this small area could be imagined as the end of the world. Again, most of these are of mythological origin coming from the fertile imaginations of the gifted authors. One of them being the French man Nostradamus who is said to have predicted everything happening on the earth with devastating accuracy!

I have come across many who question me about this. In one of my recent tours I was asked by a teacher whether it was true that the world was coming to an end on a particular date in 2010. I counter questioned him whether he believed that to be true. He replied in the affirmative. I repeated the question asking him whether he really believed so. When he replied vehemently- yes. I asked him whether he had any property. When he replied that he had a small house worth about a million rupees. Then I asked him whether the title papers were in order. He said they were but questioned me as to why I was interested in that. I told him that I was ready to purchase his house for one tenth of its market value, registering a sale deed which would come into effect a week after the predicted date of the end of world in which he had implicit belief. When he dithered I told him that he would have no problems he would have pocketed my money selling me a useless bit of property which would be non existent on the date of the deed coming into force! This has been my usual challenge to those who forecast dooms day! I keep reiterating this whenever someone tells me that he or she has implicit belief in the world coming to an end on a particular day.

Well, we have one more prediction of this sort doing its rounds on the internet, claiming that the total solar eclipse would cause calamities like a huge Tsunami etc. I can confidently predict that nothing is going to happen on this day. But, certainly one could turn around and ask me on which beach they could find me on that day? You wouldn’t find me anywhere near one. In fact, I am going to be a good 500 kms away from the seashore at 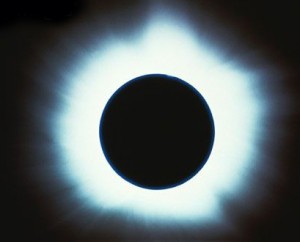 Gulbarga. Because I, being a resident of Karnataka, would like to follow our leaders. We have a chief minister who brings rain by prayers and offers elephants to sundry temples from state funds to please the gods who helped him to win the elections. We have ministers who lecture about Kannada medium for the commoners and send their children to English medium schools. We have the votaries of Hindutva who claim that the Christian missionaries indulge in conversions in schools run by them, yet vie for admissions to such schools for their children. We have ministers who threatened agitations when eggs were proposed to be given for malnourished children in schools and cannot go without chicken biriyani and mutton kebabs for their own meals! Following their noble examples I am going to preach to all not to panic about the predictions of doomsday and escape to a place well away from the coast! Well, it is because of the solar eclipse which we plan to watch and celebrate at a place where there are likely to be no clouds and again because the local organizers of anti Bhanamathi campaign have invited me there for three days.

One has to look for the motivations behind these predictions. These vary from predictions of minor catastrophes to an impending end of the world. The minor ones are usually published in astrological magazines at the beginning of each year . For example, a prediction that the conjunctions of XYZ planets or the occurrences of eclipses is going to result in, say, the death of a well-known public figure (which year does it not occur?), a major political figure (even a mandal panchayath member could be called that), a major artist (every contestant of a nach gana show on a TV channel could like to be called so) etc. When such things do not happen, it could be always credited to the propitiatory rituals that were performed to ward off the evil effects of the eclipse or whatever it may be! A better self-fulfilling prophecy would be impossible to find!

Well, my request to people with such powers is that instead of performing sundry rituals to ward off the evil effects for individuals, they could perform a large scale propitiatory rite to prevent the event from happening- for example, to prevent the solar eclipse or the evil planetary configuration! It is a tragedy that such superstitions rule the roost even in our twenty first century of progress in science and technology. While we are aiming to send a rocket to the moon, we cringe like rats in their underground holes when the moon that we all know comes in between the earth and sun causing a solar eclipse!