On the April 22nd 2009, secular activists won a major victory for human rights and free speech when three special investigators representing the 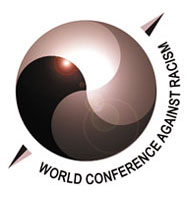 U.N. Human Rights Council declared that “defamation of religion” is not racism. The proposal to label religious criticism as racism was put before the U.N. Human Rights Council at the on-going Durban II conference on race and discrimination, by the 57 nations led by Pakistan, all members of the Organization of the Islamic Conference. The OIC had attempted to include the language in the declaration of the conference but had to back down after condemnation from the West. Past conferences have been controversial, with anti-semitic slogans screamed at times. The U.S., Canada and Israel did not attend this year’s conference because of these reasons.

The issue was on the table again on June 16th, when the Pakistani delegate Muhammad Saeed Sarwar made an appeal to the U.N.H.R.C. claiming that criticism of Islam, which they label as “defamation of religion”, is a new form of racism, intolerance and xenophobia, constituting discrimination. A representative from the International Humanist and Ethical Union, Roy Brown, responded the next day with the following statement.

We were dismayed to hear again in this very debate an attempt to link defamation of religion to racism. Mr President, if I believe that a particular religion has no merit; that it is founded on a pre-scientific worldview, and that the application of many of its tenets is contrary to internationally accepted standards of human rights, then that is my opinion and I have the absolute right to express it. And, Mr President, it has nothing whatsoever to do with racism.

To read the IHEU’s original statement on racism at the conference, go here.

We have chronicled in detail the past attempts that this group of Islamic nations have carried out through their campaign to eliminate much-needed criticism of religion.

Here is an excerpt:

Since the founding of the UN in 1948 till the year 1992, there was no mention of blasphemy in any form under the Declaration of Human Rights. The articles 7, 21, 18 and 19 could have been interpreted to reject the idea that blasphemy is a crime. Jump to half a century later; every year from 1999 to 2006 has seen new resolutions to restrict “Defamation of Religion” introduced through the Human Rights Council (UNHRC) by member nations, mostly Islamic. Since 2005, the UN General Assembly has passed a similar resolution every year.

To view some of the underhanded actions used by the OIC, read the original article. Last year at the U.N. General Assembly in New York the Council passed a non-binding resolution against “defamation of religion”.Just last month the same group of Islamic nations along with political allies successfully pushed through a similar resolution at the Human Rights Council in Geneva.

Our stalwart allies in this fight against the abuse of basic human rights is the European Union. What is really shocking is that present and former communist nations, Russia, China and Cuba have joined the Islamic countries in pushing for this legislation to go through at the U.N.H.R.C. Free-thought groups all over the world have opposed the OIC’s attempts to classify criticism of religion as racism. We will watch how this issue is tackled at the U.N. over the coming months.