The Federation of Indian Rationalist Associations had announced a challenge to astrologers to predict the results of the 2009 elections. On the 15th of May, I received an unsolicited email from info@dhyanfoundation.com stating that:

“astrology is a perfect science but if tied wid maya (charges, power etc.) then it looses its power so people who sell dis art in no way go beyond probability…….Ther r forces which run creation and also u n me n also this so called rationalist” these forces in do form of an energy field r visible around an individual or his pic its possible to tell his emotional and physicall(sic) state. I invite this Mr.rationalist to give us at DHYAN FOUNDATION ten pics of his choice of seriously ill n healthy people as a mix n we will tell how many of them r seriously ill n how many r healthy.if he wants to give pic of lok sabha candidates then its possible to tell if we have date n time of d election results, wether he is winning or loosing all dis wid 90% accuracy.”

” u wrote an interesting article, normally I don respond mself  but this being a serious issue n u being a serious journo I thought dat I should bring some things to your notice”.

Since the mail was received by me after the election results were announced, I replied that the powers to predict the election results could be put to test when the next elections would come around. However as for predicting the illnesses by photographs, that could be done by the challenger himself by going to any hospital, photographing patients and diagnosing their disease himself. I also added that I would be in Bangalore on the 31st of May and would bring photographs with me and present them in the presence of the public and media; Dhyan foundation could demonstrate their powers. The reply to this was that the Dhyan Foundation had already done such experiments and a list of impressive sounding names was also provided including that of Laloo Prasad Yadav. The correspondent who signed off as Yogi Ashwini also informed me that he was in Europe till June end. He also added “I do not publicize my name; any ordinary foundation member can give predictions and would be happy to do for any sceptic who has no faith in his culture”. He then went on to “guarantee their authenticity”.

This being the tone of the letter and since Ashwini claimed ownership of culture, I had to ask him as to what a person who claims to be a guardian of culture was doing in Europe, as the very culture which he claimed to represent would consider any one crossing the seas as an outcast. I also informed him that I would not be impressed by his names dropping, but that only a trial under controlled conditions would satisfy me.

The reply to this was,

“I was only trying to educate you on culture and truth of yoga which obviously you are not aware of. I see no reason for you being rude here…” He also went on to tell me that “you are talking to a yogi so would suggest ask your parents or an elder the protocol”

with the usual platitudes, which are too tedious to be quoted again. He also gave the telephone number of someone in Delhi who could be contacted for the test (sorry- “education”) and she would diagnose from 10 photographs what he had claimed. When this lady, Arti, was contacted she expressed her inability to come to Bangalore, but asked for 10 photos to be emailed to her saying that she would send someone from the Bangalore branch with the solutions. 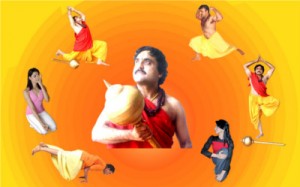 To this, my reply was that I was used to treating all people as equals and that when our Bangalore people contacted the lady at Delhi she wanted us to email the photos to her and then she would give the diagnosis. As we wanted the conditions for the test to be fool-proof, we did not want to hand over the photos in advance. My suggestion was that I would bring 20 envelopes with photos and an equal number with the medical reports. The sealed envelopes would be serially numbered. Those with the photos would be first opened and then the diagnosis noted. The envelopes with the solutions would be opened there after; the results would be then compared. This would be done in public in order to avoid any type of hanky-panky on either side. At this stage the emails to the Dhyan foundation started bouncing back! The first one that bounced was resent and the result was the same. A second one was then dispatched with a mention that the previous one had bounced and the result was the same.

In the meantime, the Dhyan foundation branch at Bangalore informed our Bangalore colleagues that they would come to the spot of the meeting of the Bangalore (Rationalist) association on the 31st of May. We inferred that it would be to “educate us” about the powers of Yoga. As the self proclaimed “Yogi” Ashwini had stated that even an ordinary member of the foundation could read photographs we were confident that we could witness the power of Yoga in action and the master of our ancient sciences could bowl over the skeptics with a single wave of his mace. Why the mace ? This needs to be explained. “Yogi” Ashwini is very fond of the mace and all his photo graphs on the web site of the Dhyan foundation feature him dressed like a character from a mythological serial with a mace either in his hand or over his shoulder.

But, what happened on the 31st May at Ashok Shishu Vihar, Shankarpuram, Bangalore was an anticlimax. About half a dozen young people dressed in casual attire (obviously not “Indian Culture”) appeared and started quarreling with some of our members. Their point of contention was that Ajita of nirmukta.com had written an article in which he had alleged that the Dhyan foundation was a money-making venture. They were neither interested nor prepared to conclusively demonstrate to the skeptics the greatness of their own culture by identifying diseased, living or dead from the photos! When the challenge was repeated and they were asked to demonstrate their powers, every single one of them shirked and put forward the excuse that they were only first-grade students. Perhaps they were not even ordinary members of the foundation as it was the claim of “Yogi” Ashwini that “any ordinary foundation member can give predictions and would be happy to for any sceptic who has no faith in his culture”. Very sad indeed for a self appointed guardian of culture who goes abroad to educate the mlechas about Indian culture, obviously flying by aeroplanes instead of levitating by his yogic powers, travels by cars instead of bullock carts ( Indian culture) uses internet etc. etc. , all things that are clearly not part of Indian culture. Obviously Ashwini and Co. have forgotten that it was the Indian culture which taught us not to accept any thing without question. It was in India that Gouthama Buddha first proclaimed not to accept anything without question wherever it may originate from!

Again, the first-graders who had come to our Bangalore meeting told us that they want to “educate” us about the work that they are doing and the charities that they run. Since we were interested only in being enlightened about the power of yoga and nothing else, they were informed so in no uncertain terms. They put some of our colleagues in touch with someone at Delhi who threatened to take legal action against us. Since there was no point in continuing with the interactions and we had to go on with our meeting we told them to go ahead with that. We have been keenly awaiting the consequences of this threat which have not materialized at the time of writing this.

Well, Mr. Ashwini we are eagerly awaiting your arrival from Europe to convince us skeptics about the power of Yoga. Since, emails from me to your Dhyan Foundation are bouncing back and queries addressed on your web site are not being answered, I have to reach you through public media only.

Leave a Reply to Tamanna X