I intend to respond to some of the criticisms leveled against the view I expressed in my article “Why I criticize Hinduism the Most” – the most prominent being the comments posted by Kafir in this website. I have also received a few responses, mostly favorable, from the readers of the ezine I bring out, Bangalore Skeptic. The favorable responses I happily ignore!

In this post I take up the issue of intolerance of Islam – “the negative impact, damage and number of 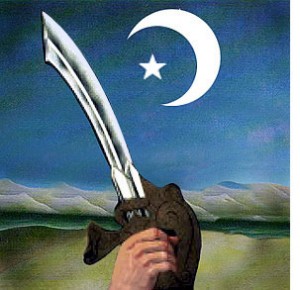 disruptive events in the society/world caused by adherents of a particular religion”, as Kafir puts it. In my subsequent posts I will take up other criticism leveled against my write-up.

The unprecedented rise of Islamist fundamentalism in today’s world is a fact. So is the rise of Hindutva fundamentalism in India today. So is the destructive imperialist design of US in the Middle-East, which happened to have both a majority Muslim population and the largest source of oil, the fuel that propels the world economy.

India witnessed communal riots involving Hindus and Muslims for decades after and even prior to 1947. But until December 6, 1992 we did not see any mindless terrorist bombings or fidayeen attacks anywhere in India, except perhaps in the state of Jammu & Kashmir. Unfortunately, it was around the same time the extremely fanatical and murderous Taliban (inspired and funded by the ultra-conservative Saudi Arabia; and trained by the “ultra-modern” US) came on to the world scene, overthrowing the communist government in Afghanistan.

The Islamic theology do inspire these Islamic terrorists in unleashing homicidal attacks against innocents (not only non-Muslims, but even Muslims who do not share their barbarian views) just as the Hindutwa philosophy inspired the terrorists who were behind the demolition of the Babri Masjid in 1992 and the genocide in Gujarat a decade later. But a mere textual analysis of the Koran will not take us far in understanding the Taliban phenomena, just as a similar analysis of any Hindu religious text will not lead us to understand how Hindutva politics works. It is true, Islam’s holy-book, the Koran, contains verses intolerant of other points of view, which are being selectively used by the peddlers of violence. But so do the holy-books of Hindus and Christians.

It has somehow become a commonsense notion among the middle-class Christians and Hindus that the religion of Islam has been the epitome of intolerance and that it has only played a destructive role in the history of the world. This is not correct. The role played by Islam in retarding the human progress is only on par with any other organized religions, Hinduism included. (As an aside: Last month – March 2009 – when I was taking a morning-walk around the Sharanabasaveshwara Lake at Gulbarga in Karnataka, I witnessed a middle-aged Hindu woman instinctively stopping in front of a nearby Muslim Darga with folded hands. A year before, I was also witness to a Muslim woman in her purdah – which she removed and kept on the temple steps – accompanied by her young daughter making offerings to the Narasimha Jhira temple at Bidar, Karnataka).

Most of the people who harbour an irrational hate towards Muslims do not know the glorious period in the history of Islam, 7th to 12th century CE, when the Arab Muslim civilizations played a revolutionary role in advancing the modern civilization (especially science) we know of. The crimes committed by a section of the followers of Islam today should not blind us to this splendid contribution made by Islamic civilization.

“During he first five or six hundred years of its history, Islam produced not only scholars who occupied themselves more with heavenly bodies than with heavenly beings, who quietly set aside the Koran and placed greater spiritual value on the study of profane books, but revolutionary thinkers who ruthlessly sacrificed faith on the altar of reason………

“When we bear in mind that this line of intellectual development was opened up not only by the socio-political conditions created by the triumph of Islam, but originated in the central dogma of Mohammad’s religion, neither the curiosities of the Koran, nor the primitiveness of the Islamic faith should permit us to underestimate the historical role of Islam…

“The age of Arabian learning lasted about five hundred years, and coincided with the darkest period of European history. During the same period, India also was lying prostrate, under the triumphant Brahminical reaction, which had subverted or corrupted Buddhism…

“Many (Muslims) may disown and repudiate the rationalism and skepticism of the Arabs as deviations from the teachings of the Koran. But Islam occupies a memorable place in history thanks rather to its original – unorthodoxy and irreligiosity made evident by the Arab philosophers, than to the later growth of a reactionary priesthood or to the barbarous fanaticism of the Tartar converts. Islam had played out its progressive role before it penetrated India. Its nag was planted on the banks of the Indus and the Ganges not by revolutionary Saracen heroes, but by Persians demoralized by luxury and the barbarians of Central Asia who had embraced Islam, both had subverted the Arab Empire – that magnificent monument to the memory of Mohammad. (Historical Role of Islam, Indian Renaissance Institute, New Delhi, 2006, Published by Critical Quest)

“The most vital factor in the evolution of Muslim science was the cosmopolitan character of the culture the Arabs came to create. Spanning the ancient world from the Ganges to the Atlantic, Islamic civilization united within its scope the cultural traditions of India, Persia, and Mesopotamia, of  Empire in the Mediterranean West. The Arabs proved to be masters in weaving all these different strands into a new cultural fabric. The new civilization was held together by their common language, their common faith and common way of life, yet it was general enough, at its height, to tolerate the free exchange of all these original diversities……

“Islam – in contrast to the still largely rural, feudal, and severely ascetic civilization in which these (Christian) scholars were at home – was urban, commercial, sophisticated, exotic, and cosmopolitan……

It was this contribution of Islam to the world civilization that made Arthur C Clark, the doyen of science fiction, to comment in an interview that

“though I sometimes call myself a crypto-Buddhist, Buddhism is not a religion. Of those around at the moment, Islam is the only one that has any appeal to me. But, of course, Islam has been tainted by other influences. The Muslims are behaving like Christians, I’m afraid….. Historically, Islam had a great deal of tolerance for other views and offered the world its priceless wisdom in the form of astronomy and algebra. And, as you know, Islam helped rescue Western civilization from the Dark Ages by preserving classical texts and transmitting them to the West.” (Free Inquiry, Volume 19, Number 2)

Islamic science grew out the Muslims’ love of the world, their passion for reproducing its exact features. This penchant caused them to leave a host of measuring instruments and observational data. A number of astronomical observatories were scattered through out the Arab world, ever since Caliph al-Mamun had established the first ones at Damascus and Baghdad. The Arabs had compiled astronomical tables, records of a systematic observation of the stars. They had developed – or improved upon – such strategically important instruments as the astrolabe, the sundial, the armillary sphere. They had produced careful catalogues of the herbs and plants based on original Greek and Hellenistic studies, instruments to measure optical refraction; amazingly accurate calculations for measuring the length of a degree……(Dawn of Modern Science – From The Ancient Greeks to The Renaissance, Da Capo Press, New York, 1995)

None of the above arguments should be construed as a justification for what is being advocated by the conservative Mullahs and the blood thirsty Islamist terrorists. It is to say that Islam’s intolerance is on par with the intolerance exhibited by every other organized religions at one time in their history. Only, for certain reasons – social, political, economical – Islam has now been going through a new low. (And history shows us that every religion, irrespective of its present liberal tendencies, is still liable to be sucked into this vortex of fundamentalist frenzy). I don’t, however, think that this is going to be its permanent feature. The followers of Islam will in all probability get over the current phase of ultra-conservatism and violence; else they have no future.

As a rationalist I want to live in a world where organized religions play no role in any aspect our life. Since that is not a realizable goal at least in the immediate future, the next best is to strive for a more tolerant society.