Welcome to the new saviours of Hinduism who have now graduated from being guardians of morality to vultures of culture. While what they are doing is questionable and one would like to ask whether a culture which has survived thousands of years of attack by a number of forces needs a rag tag band of ex Bhajarangis and those expelled from Bharatiya Janatha Party for its survival, the intentions of this gang are very clear. While culture has many definitions starting from all the combined experiences in a group of people to ways of living, their definitions over ride all these- it is what they say that is the right culture!

Since the Bhajrangis would not like to give up their right to be the upholders of culture, there is now a very stiff competition between these two groups in “taking action” against any infractions of “culture”. What these are varies from time to time and place to place. Again, something that is right in a particular place may not be in another! All these keep happening with the tacit support of the police force supposed to be the guardians of law and order but actually function as the ‘B’ team of these forces.

I go on long trips of our country and many times had a tough time in putting across to people as to where I was from. But, in my visits after January, 2009 there was no problem at all. There was no need for me to explain that I am from MANGALORE and not BANGALORE as before! The moment I said I am from Mangalore they said “maloom hai sir, wohi jagah jahan pachas bahadur mardone che ladkiyonko peeta tha” (we know sir, the same place where fifty brave macho men had beaten up six girls). That was the sort of publicity earned by Mangalore thanks to the exploits of these brave young men who had gone with the media to film an “operation” of exposing so called pub culture and its evil effects. It is another matter that these so called social reformers themselves were from organizations which have long histories of criminal cases against their leadership. Of course they can always claim that these have been foisted by the vested interests jealous of their appeal among the masses.

The strangest reactions came from the political leaders. While some of them did fence sitting, the others condemned what they called as ‘pub culture’. Those who were in power did not offer any explanations as to if pubs were bad, why no action was being taken to ban them completely! One central minister Ms.Renuka Chowdhary went to the extent of making a statement that Mangalore was being talibanised which irked the ruling party of the City Corporation so much that the Mayor filed a criminal case against her. The Mayor had perhaps forgotten that yours truly had used the very same words in September, 2008 in a write up captioned as Talibanis of Dakshina Kannada in an eveninger called Karavali Ale. This was followed by another entitled Talibanis of Mangalore-II in the very same newspaper in February, 2009! 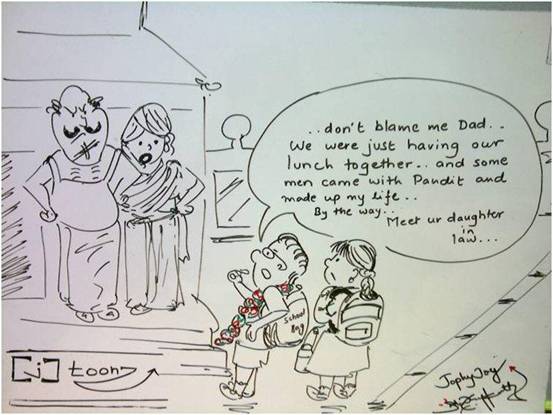 Emboldened by their successful pub attack, the cultural policing of the district reached greater heights. Soon after students of an engineering college going as representatives of a college for a cultural festival at Bangalore were prevented from going by the same gang- the excuse- boys and girls of different communities were traveling together in the same bus! Though the students were all majors and going with the consent of their parents some of whom came to the place where the bus was stopped to tell that their children were going with their permission, the Talibanis of Mangalore still succeeded in preventing their bus from going. Mind you all these happened right in front of the office of the superintendent of police, Dakshina Kannada! Finally, the bus had to go with a police escort.

In Moodbidri another action by these groups who had humiliated a girl for going with a boy from another community resulted in her suicide. A case was registered with the police against the person with whom she went. This case was that of rape and abetment to suicide etc. The accused is still in judicial custody. During the same time, the daughter of the CPI (M) MLA of Manjeshwar was kidnapped and assaulted for speaking to her classmate who belonged to another community. All these and more have taken place in the name of protection of culture. 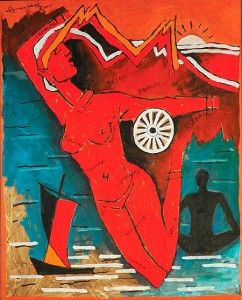 These culture vultures have now reached a stage where they have become the laughing stock. In Udupi district, they protested against the erection of a statue of Charley Chaplin, the eminent comedian and a doyen of cinema under the pretext that the statue of a Christian would despoil the dignity of a nearby Hindu temple. They did not even know that he was an avowed atheist and had been persecuted throughout his life by the establishment and the church for his views. If he were alive, he would have been certainly amused by some calling him a Christian- probably these would have gone further and called him a Christian missionary and a proselytizer too! The film producer who had decided to erect this statue as a tourist attraction was shocked by this response. His complaints to the police were met by reactions from the police themselves that if he lodged an F.I.R he may have to a lot of running around!

One more thing of note is that pub culture is considered bad only as far as women are concerned. Not a word is uttered about men going to pubs or bars and that being against Indian culture. If drinking alcoholic beverages is against Indian culture for women it should be so for men too! So, prohibition of all forms of liquor is very necessary. But, the guardians of culture who are in power in Karnataka are not in any mood to do so. They in fact are increasing taxes on these and trying to collect more revenue through that as can be seen in this year’s budget for the state! This goes to prove that all the talk of being against so called pub culture is eye wash.

Since these guardians of culture are very keen to save ‘culture’ from ‘outsiders’, I may make myself bold to point our some ‘outside’ influences which should be immediately got rid of:

This could go on ad infinitum and probably the senas and dals could get together and make a list of things that are against Indian culture. This can supplement the lists being made for Muslims by the Talibanis in Pakistan, Afghanistan and such places.